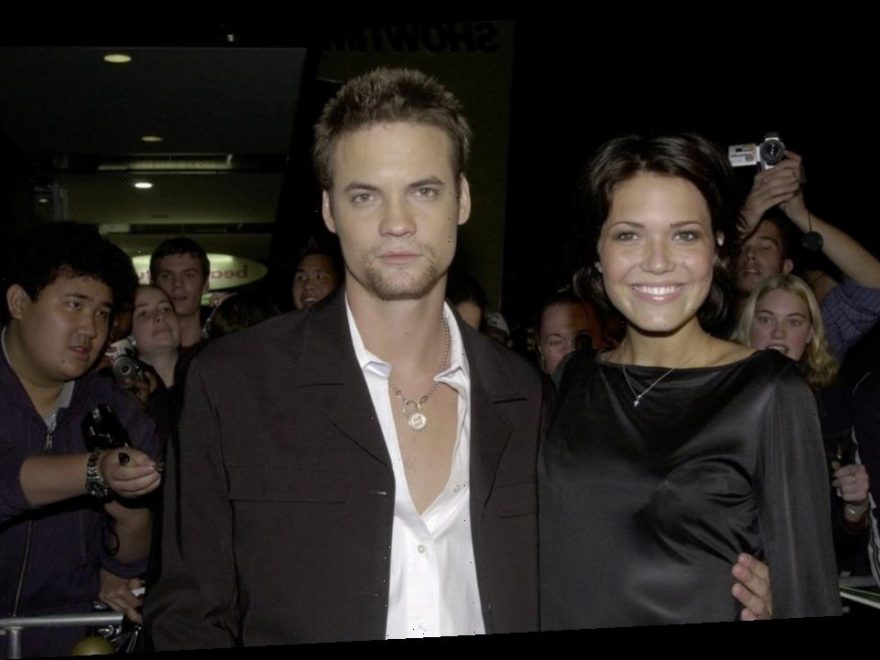 Based on a novel of the same name by Nicholas Sparks, A Walk To Remember premiered on Jan. 25, 2002. The love story between Landon Carter (Shane West) and Jamie Sullivan (Mandy Moore) captured the hearts of millions. Nowadays, A Walk To Remember is considered a classic romantic movie.

In A Walk To Remember, Landon is a popular and rebellious student with a good heart, and Jamie is a devout Christian who mainly sticks to herself. The two classmates befriend one another and despite their differences fall in love. Years after the movie premiered, Moore admitted that she “absolutely fell in love” with West while filming A Walk To Remember.

To celebrate the 15th anniversary of A Walk To Remember in 2017, Entertainment Weekly interviewed West and Moore about their time filming the movie. When asked about what it was like meeting West, Moore admitted she had feelings for him.

“Shane was so cool. Everything about him – the way he dressed, the little cigarettes that he smoked, and the music he listened to. He was the character to me and there was definitely a part of me that absolutely fell in love with him,” Moore said.

Moore turned 17 years old while filming A Walk To Remember, and she acknowledged that being so young is part of the reason she fell for West.

“I don’t know if I could discern the difference between him and the character at that point in time because, again, it was my first experience doing anything like this and I was a 16-year-old, impressionable girl,” she told Entertainment Weekly. “I was just so caught up in the moment and the experience.”

In 2019, West appeared on BUILD for an interview about A Walk To Remember. A fan-submitted question asked West what his reaction was when he found out Moore fell “in love” with him.

“I do know that we absolutely fell in love with each other as human beings and in people,” West said. “I think that is kind of what helped make the relationship and the chemistry work in that film… I don’t even know if we liked each other day one, but it quickly changed day two, and it just kind of grew from that.”

During the BUILD interview, West admitted he was touched to learn that Moore felt that way while filming A Walk To Remember.

“And hearing that, you know, was amazing… Not to sound goofy at all but we held hands plenty and, you know, on set,” West said.

The actor also acknowledged that he and Moore “naturally” became close while they worked together on the film.

“And it was just one of those things that just naturally came where you were kind of taking care of each other,” he said.