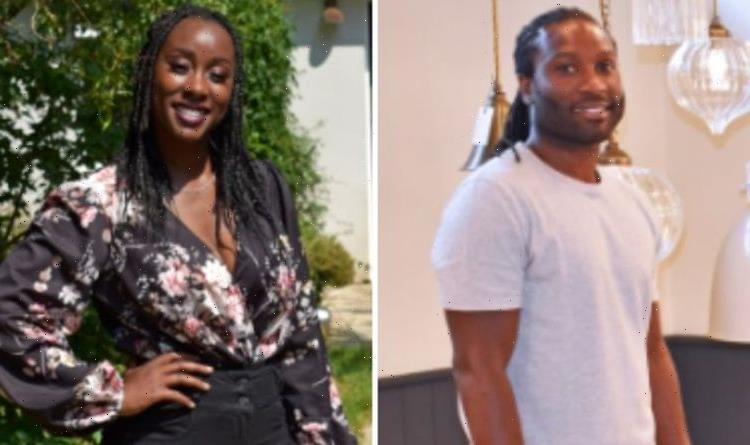 A Place In The Sun: Scarlette says guest demands are 'tough ask'

Scarlette Douglas has been a staple on A Place in the Sun since 2015, and during that time she has helped a number of house hunters to find their dream holiday home. However, Scarlette’s experience with property goes beyond the Channel 4 series, as she also helps to run the family business with her brother, Stuart Douglas. Scarlette and Stuart have also teamed up for another Channel 4 programme, as part of the broadcaster’s Black to Front project. For one day in September Channel 4’s entire programming schedule with be fronted by black talent and contributors.

As part of the day’s programming, Scarlette and Stuart will be putting their experience and expertise to good use and taking the reins for a special version of the hit property show, Love it or List it – which is usually fronted by Kirstie Allsopp and Phil Spencer.

Stuart, who admittedly had never done any TV presenting before, said taking part in the show was a real “eye-opener”.

He also went on to detail the reality his sister faces when filming for A Place in the Sun.

Stuart began: “I say to my sister ‘do you know how lucky you are flying around the world visiting properties and spending every other week in the sun?’”

He continued: “I think that we see the end final edit and cut which is the sunny, glamorous, sunshine beach villa part of the edit.

“That one you’re filming, you could be filming every hour for the last seven days to get an hour show.

“So, a lot goes into it. You don’t realise exactly how much time and effort goes into one take.

“And that was a bit of an eye-opener for me.”

Stuart and Scarlette’s episode of Love it or List it will air on Friday, September 10.

The programme will see the siblings going head-to-head as they try to help homeowners Norbert and Shammie.

The couple have lived in their house in Ipswich for eight years with Norbert’s mum, Lucia and their two children, Naomi and Tyrell.

They bought the house because they felt it had huge potential. Although with a full house, the pair are in desperate need of more space.

The programme will see Scarlette join forces with Shammie on Team List it, who is convinced the couple have outgrown the property.

While Stuart teamed up with Norbert on Team Love it, who hopes with a few changes they can turn their house into their dream home.

Stuart went on to explain, he and his sister had a few disagreements while filming.

Discussing the rivalry between the siblings, Stuart said: “It is something that has been going on for years, especially since we set up our own property company.”

“Scarlette can be quite flamboyant and I’m more business-like,” he explained.

“I try to redevelop with the same mind as the potential buyer.

“Whereas Scarlette likes to try and put her own stamp on properties and her own style, which sometimes I think are a bit outrageous.”

“I had my views (while filming) and Scarlette certainly had hers,” the property expert added.

A Place in the Sun airs weekdays at 4pm on Channel 4.