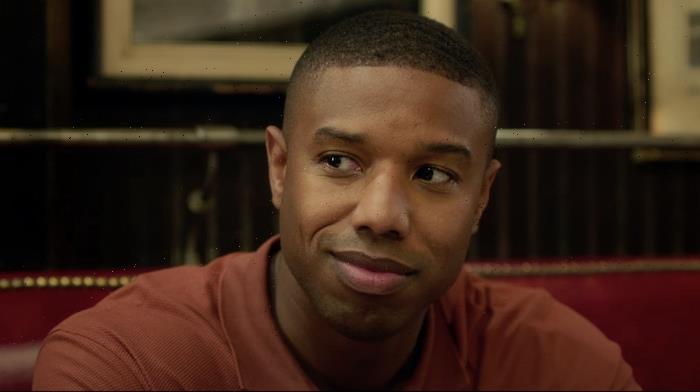 Denzel Washington is back in the director’s chair for A Journal for Jordan, and this time, he’s putting Michael B. Jordan in front of the camera. Jordan stars as Charles Monroe King, a real-life U.S. soldier, sent to Iraq, who sought to distill his accumulated life wisdom in a journal for his son, Jordan.

Sony Pictures Entertainment has released the first trailer for A Journal for Jordan and you can see it below.

A Journal for Jordan is based on the book A Journal for Jordan: A Story of Love and Honor by Dana Canedy, which developed out of a 2007 New York Times article she wrote. Canedy is also a character in the movie, played by newcomer Chanté Adams.

USA Today first released the trailer and it also talked to Jordan about him crossing over from Tom Clancy action (as seen earlier this year in Amazon’s Without Remorse) into a different kind of adaptation: namely, a romantic drama. While he’s not generally a fan of the genre, Jordan cited classics like Love & Basketball and Love Jones as touchstones for him.

A Journal for Jordan Teaser Trailer

A Journal for Jordan marks Washington’s fourth directorial effort. He last directed Fences, which earned multiple Oscar nominations and a win for Viola Davis. That film, set mostly in and around the same house, was based on August Wilson’s Pulitzer Prize-winning play.

Now, Washington has set his directorial sights on Canedy’s work. She, too, won a Pulitizer for co-authoring the series “How Race Is Lived in America” before taking over Simon & Schuster last year and becoming the first Black person to head a major publishing imprint.

As an actor, Washington last appeared in HBO’s The Little Things; he will next appear in Apple’s The Tragedy of Macbeth, directed by Joel Coen.

Sony’s official synopsis for A Journal for Jordan is as follows:

Directed by Denzel Washington and starring Michael B. Jordan with a screenplay by Virgil Williams, A JOURNAL FOR JORDAN is based on the true story of Sergeant Charles Monroe King (Jordan), a soldier deployed to Iraq who begins to keep a journal of love and advice for his infant son. Back at home, senior New York Times editor Dana Canedy (Chanté Adams) revisits the story of her unlikely, life-altering relationship with King and his enduring devotion to her and their child. A sweeping account of a once-in-a-lifetime love, the film is a powerful reminder of the importance of family and the all-too-human cost of war.

As Washington’s voice tells us at the end of the trailer, you can see A Journal for Jordan “exclusively in movie theaters this Christmas.”