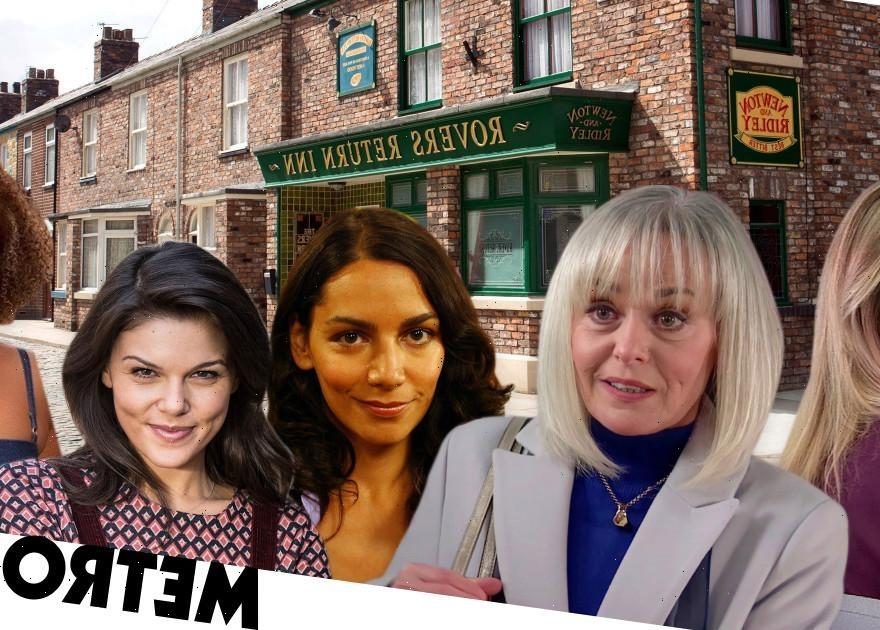 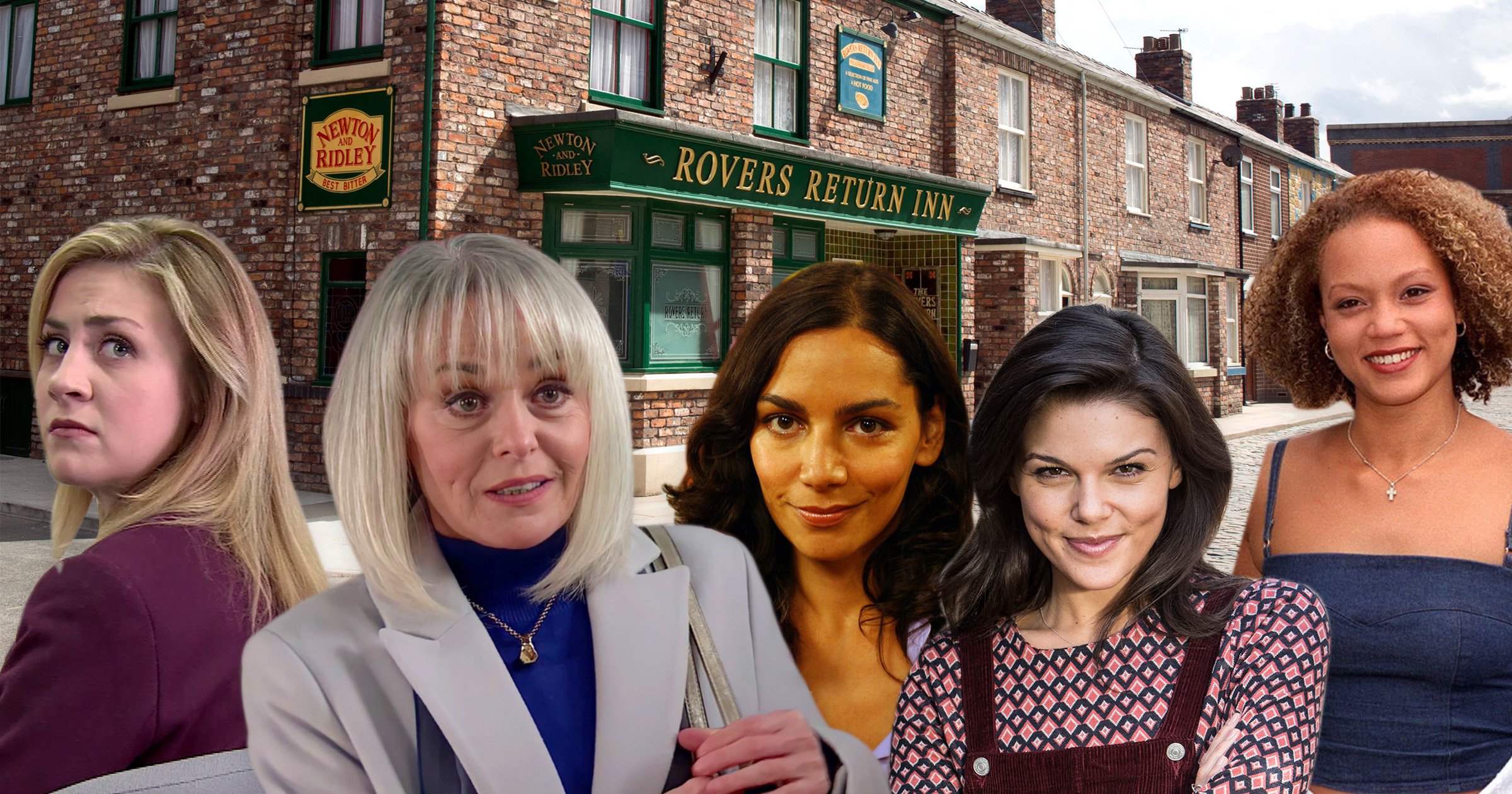 Coronation Street is steeped in history and there are many knots that aren’t fully tied – and for a good reason. Unexploded bombs keep continuing dramas interesting and it’s very rare that a storyline can ever be considered closed.

Dennis Tanner returned after decades, as did Jenny Connor. The fire that Phil Mitchell started at the cart lot in EastEnders came back to bite him years and years on. And Kim Tate is suddenly back in Emmerdale, a move that exploded a lot of storylines and relationships, old and new.

Coronation Street is on fire right now – and I’m not just saying that because I have pyromaniac Maya Sharma on the list. Awards all over the place, audience and critical acclaim left, right and centre, and explosive and moving storylines mixed with community and humour; nothing can stop it.

Now, with Iain MacLeod teasing that in October, a Hollywood-esque week of stunts and revelations will see all of the current bubbling stories come to a head, it got me thinking as to the perfect time to bring back faces from the past.

But not just for the sake of it, as much as we’d love to see Bet and Curly back. Less so, Reg.

But the following five are capable of adding pure meat to existing stories and propelling them forward.

If I were in change – and one day I will be, of course – here’s who I’d have my casting team on the phone to.

Before you start, no she is not dead!

It may have seemed that way when she crashed her sports car into a wall and was then pummeled by a bin lorry.

But in a blink-and-you’ll-miss it scene, she was confirmed to be alive and awaiting trial.

She is still alive and kicking out there and it must have been time for a release. Someone like Maya wouldn’t want to leave loose ends untied, particularly given her obsession.

The Alahans are central to the action with Asha and Aadi now grown up teenagers and played by extremely capable actors Tanisha Gorey and Adam Hussain.

How much do they know about Dev and Maya’s history and what she did to their mum?

If Maya turned up, how would Dev react as waves of memories of his seven blown up shops came rushing back?

It would be an interesting angle to revisit what feels like an unfinished character. Having her turn up repentant and claiming to be a changed woman wanting to make amends would make for some fascinating psychological and cat and mouse dynamics.

Would the audience believe her? Could she still be plotting revenge? Or has she potentially been redeemed. It’s about time we found out.

Bringing in the sister of troubled youngster Hope Stape and the daughter of serial killer John was a genius idea and Lottie Henshall brought a mix of unhinged, bitterness and vulnerable abandonment to the role, which awarded the Fiz and Tyrone dynamic the most engaging material they had had in years.

While Jade had to go following her behaviour, she left under circumstances that clearly were deeper than the old ‘psychotic nanny’ trope. In fact, it felt like just the beginning of the story.

With Hope being left more demonic than ever due to being pushed out by the Tyrone/Alina/Fiz mess, focus has been shifted once more onto her psychology and one person she could relate to and who got through to was Jade; despite Jade’s intentions not exactly being honourable.

With Hope without allies, this would be the perfect time for Jade to be woven into the situation. Due to the fact they both share a serial killer, hapless as he was, they both have a chance at understanding and redemption.

If Jade were to arrive amid the current conflict, she could even end up being the person Hope needs, while making some fascinating epiphanies herself.

Then would come the conflict of Tyrone, Evelyn and Fiz having distrust for her. Has she changed? Can she prove that she can bring the final hope for Hope?

Can she build a life in the Street and learn from her mistakes? We reckon so. Make it happen.

We dream of the day that a press release lands in our inbox announcing Sharon Gaskell’s return with the subject line: ‘Av it!’

Tracie Bennett was absolutely iconic in her recent stint as the beautifully camp Sharon, who found herself out of her depth in the criminal underworld.

Her antics of protecting Harvey, kidnapping kids and tasering Jenny covered a vulnerable and scared woman – with some absolutely killer one liners.

Coronation Street has been brilliant at bringing back queens from the past and making them even more engaging than we remember – look no further than Jenny Connor and Debbie Webster.

Sharon fits that bill, built up a huge fanbase and what better time to weave her back in than for Harvey’s final curtain?

It’s clear that Harvey is going to make one last wallop at revenge and considering Sharon’s betrayal of him, he is bound to be targeting his aunt.

We need Sharon to be there to both witness his comeuppance and potentially even orchestrate it.

But more than that, with connections to Rita and Sally and an amazing formula for the most beautifully catty feud since Tracy and Karen with Jenny, we need her back full time.

Grab your cheque book Corrie, write a smacker and visit Tracie – make sure to hand it over with your best ‘avvvv it!’ you can muster.

The fact that Kate left Weatherfield without ever discovering that Gary was responsible for the death of her soulmate Rana on her wedding day is an almost bigger crime in herself.

Gary still has yet to be exposed for his sabotage of the factory that snatched Rana’s life away and left Kate in a spiral of grief not long after she lost her brother to suicide.

Kate deserves answers and Gary, as much as he has tried to be redeemed, deserves comeuppance.

With Kelly’s incarnation and the revisiting of her suspicions of Rick’s whereabouts playing out, it seems like Gary might be at risk of being unmasked.

As much as Corrie has tried to Mike Baldwin him up, Mike was always a ruthless rogue, not a killer. And we can’t forget what Gary did to Rana and the danger he put others in with his future escapades.

It’s time to expose the truth for the sake of fans and the Street – but Kate needs to be there for closure otherwise the controversial exit for Rana which rightfully raised debate would have been for nothing.

With her family still on the Street, there’s no reason why Kate couldn’t also have a full time return. Faye is up for it, we are and if we’re writing Gary’s next chapter, she has to play her vital role in it.

Steve and Emma’s father and daughter relationship was one of those curveballs that sounded a bit contrived and risky on paper but the bond has really fleshed out Emma’s character and made Steve grow up a bit.

The dynamic between them is warm and funny and Steve being all alpha dad when Emma is at the risk of heartbreak is great.

So when we got a Skype call from Angela Griffin’s character Fiona; the mum of Emma, we thought it was the beginning of a return story for Fiona.

Fiona and Emma’s relationship is strained and we need to have this explored; Emma is one of Corrie’s pure souls and this material would be so juicy for Alex Mardell that would potentially draw Emma even closer to her hearts.

Then there;s the history with Audrey, the potential conflict with Steve and, best of all, inevitable sparring with Tracy, who has been lacking a nemesis worthy of her acid tongue.