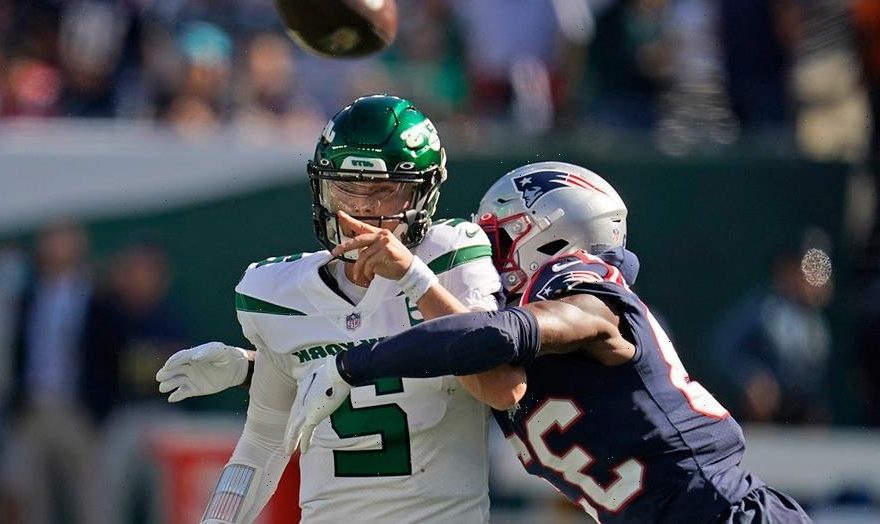 Zach Wilson got his first taste of playing in New York on Sunday when fans began booing the Jets rookie quarterback after he threw three interceptions in the first half against the New England Patriots.

Wilson’s debut at MetLife Stadium was soured after he threw a total of four interceptions, one on each of his first two pass attempts, one in the second quarter, and the final turnover just after the half resulting in a touchdown for New England just a few plays later.

Frustrated fans began booing late in the game, but the rookie seemed unfazed, asking reporters after the game — could you blame them?

“I was not really paying attention,” he said during the post-game press conference. “But they should be booing. We didn’t play well on offense, we didn’t execute, move the ball, or score points.”

After three turnovers, the Jets defense was able to hold the Patriots at 10-3 but Wilson admitted his mistakes put a lot of pressure on the defense.

Wilson was sacked six times in the season opener against the Carolina Panthers. His aggressive passing early on against the Patriots was a likely attempt to avoid that problem, but head coach Robert Saleh said there’s nothing wrong with playing “a boring game” sometimes.

“He’ll watch tape this week and hit the rewind button. The young man is full of resolve. I know he will learn a ton off this experience.”

Wilson finished 19-for-33 for 210 yards, no touchdowns and four interceptions.