GHAIYYATH can blaze a trail in the Juddmonte International.

William Buick has no tactical worries in what should be a real cracker. You just point and shoot with Charlie Appleby’s superstar who eats Group 1 races for breakfast. 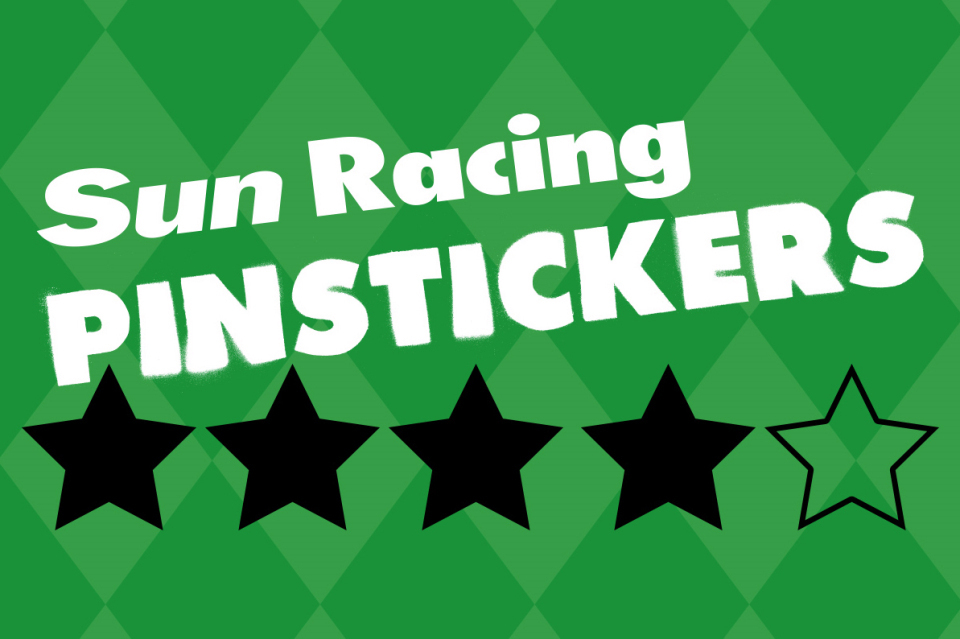 The great Enable couldn’t lay a glove on him in the Coral-Eclipse at Sandown and he’ll gallop them all into submission again.

There may only be six runners but this is a top-class contest with 2,000 Guineas winner Kameko tackling ten furlongs for the first time. He ran a good race when fourth in the Derby as the longer trip was clearly a step too far.

Oisin Murphy said himself that his Glorious Goodwood fourth behind Mohaather wasn’t his finest hour as he got stuck in traffic. He gets a quick chance to make amends and this distance could bring even more improvement.

Magical loves this trip and was impressive at The Curragh last time. She won’t be easy to fight off, while Lord North proved himself at this Group 1 level at Royal Ascot. It’s a shame Frankie’s not here to ride him but James Doyle is a quality substitute.

T&Cs: New customers only. Place your FIRST bet on any sportsbook market and if it loses we will refund your stake in CASH. Max refund for this offer is £20. Only deposits made using Cards or Apple Pay will qualify for this promotion. T&Cs apply. Paddy's Rewards Club: Get a £10 free bet when you place 5x bets of £10+.

GHAI day. Established himself as a superstar when flooring Enable in the Coral-Eclipse over this distance at Sandown last month. That was his third success at Group 1 level and the time he clocked in beating the Queen of racing was good enough to win pretty much any race.

He likes to go from the front and just runs the legs off his rivals, however good they are.

He stays further than this which will be an asset as York’s straight isn’t for the faint hearted.

GOOD Lord. Has improved with every run on a journey from winning the Cambridgeshire Handicap last September to victory in the Group 1 Prince Of Wales’s Stakes at Royal Ascot when last seen in June.

This trip is ideal and he’s performed on fast and soft ground.

It’s a shame Frankie can’t ride him thanks to being in quarantine after his trip to France but James Doyle is an able deputy. If he can stay close to Ghaiyyath his turn of pace could be a real asset.

MAGIC could do trick. Has landed an impressive four Group 1 wins either side of a decent fifth in last year’s Arc and didn’t have to hit top gear to grab the Tattersalls Gold Cup at The Curragh latest.

She doesn’t have nemesis Enable to contend with here as she did when second in the Yorkshire Oaks on her last visit to the Knavesmire.

She’s looked better than ever this season and won’t mind what the weather does as she handles it fast and slow underfoot.

KO for it. Kicked off this season with an impressive 2,000 Guineas win at Newmarket before running out of petrol when a decent fourth in the Derby.

Had no luck in running dropped to the mile at Glorious Goodwood when jockey Oisin Murphy blamed himself for only finishing fourth behind Mohaather.

He’s closely related to Roaring Lion who came into his own over this distance and trainer Andrew Balding has long hinted that this will be his best trip.

Gets weight as a three-year-old and in with every chance.

ROSE to wilt. Typically tough filly from Mark Johnston who was third in the German 1,000 Guineas last month.

She stepped up to this distance in fine style to win the Group 3 Musidora Stakes here last time out.

She had plenty in hand but this is massive step up in class.

She is getting weight all round but the gap is surely too great to bridge.