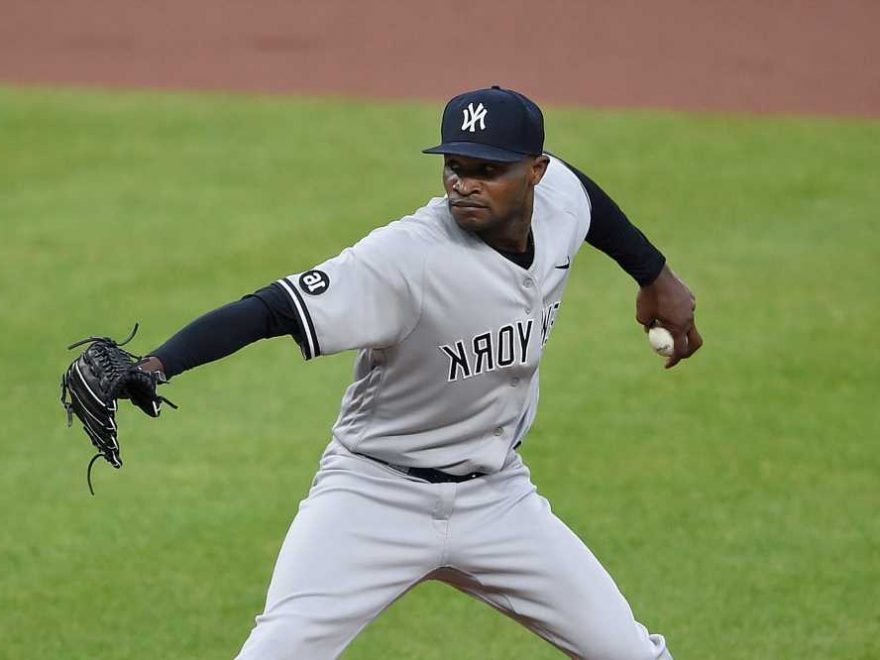 Yankees may have to address concerning Jameson Taillon trend

Well, this is the model.

The Yankees took surprisingly long to track it down, like when (spoiler alert) Luke Skywalker didn’t emerge until the last scene of “Star Wars: The Force Awakens,” and let’s not bury the reality that the underwhelming Orioles occupy the other dugout. Yet given how disastrously their season began, the Yankees can’t afford to be snobs about their second straight Camden Yards victory, 7-0 over the O’s on Wednesday night.

For in addition to their batsmen arising from their slumber (a statistical likelihood all along), the Yankees have seen another vital phenomenon emerge during their time away from Yankee Stadium: Slowly, unsurely, their non-Gerrit Cole starting pitchers are showing signs of life.

On Tuesday night, Corey Kluber picked up his first victory as a Yankee. On Wednesday, Domingo German followed by tallying his second straight win on this trip. Put them together and it becomes a meaningful step for Cole’s Foals, whose early struggles contributed significantly to the Yankees’ poor start.

“I talked about the confidence I have in this group and what I believe they can be as a staff and as a starting rotation and it’s really good to see both Corey and now Domingo get deep into ball games,” said Aaron Boone, just hours after he debuted his Joe Torre death stare when Clint Frazier committed a ridiculous baserunning snafu in the fourth inning.

If Kluber steered his way through 6 ¹/₃ innings Tuesday, the savvy veteran understanding how to navigate the terrain, German steamrolled the meek O’s, taking a no-hitter into the fifth inning and allowing just three hits, all singles, and walking just one over seven shutout innings, while fanning six.

“Love to see it,” said Giancarlo Stanton, who continued his surge with three singles. “The ball’s going all over the place and he’s throwing mid- to upper-90s, so just the reaction time and the pitch selection they’ve got to deal with is very tough.”

German, returning from his lengthy suspension for violating Major League Baseball’s domestic-violence protocols, generated 11 swings-and-misses, yet his most memorable pitch, his last, prompted merely a look from Ryan Mountcastle at a beautiful curveball, and a spin and fist pump from the right-hander himself as he finished his seventh frame.

“I think it’s one of those moments in the game, I felt the need to express some emotion there. I felt like, in a way, it let people know that I’m back,” German said through an interpreter. “I feel better than before, and I think I’m just getting started now.”

That’s big if true for the Yankees, who at 11-13 still reside in the proverbial woods as they attempt to dig out of the hole they created for themselves. At 5-2 on this road trip, though, with Jordan Montgomery set to lead the charge Thursday for a second straight series victory, they have quieted some of the fury surrounding them.

German, in particular, looked so good in spring training, working so hard to reacquaint himself with his teammates whom he upset with his off-field actions and shining on the mound, that it was a surprise when his first two starts went so poorly, a 9.00 ERA in two Yankees losses. The Yankees optioned him to the alternate site primarily out of need for a fresh arm, yet German said he capitalized on that down time, refining his fastball command.

Two strong starts later, with Kluber joining him, the Yankees’ arm-generated headaches have dissipated, if certainly not disappeared (hey there, Jameson Taillon!). The same goes for their season, which certainly feels more interesting and less dire than a week ago.