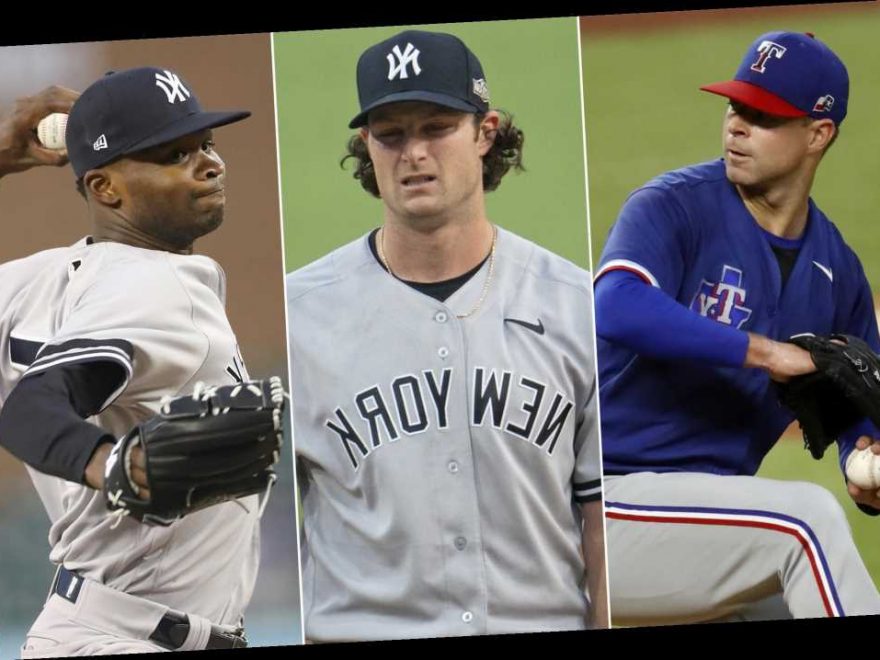 The 50 most interesting people in baseball: Sherman

One Yankees staffer will face so much pressure this season

The journey for the Yankees to win their first World Series title since 2009 begins Thursday, when they open camp in Tampa.

There will be plenty of questions throughout what will be a different spring training, but one figures to be at the top of the list: How will manager Aaron Boone deploy his starting pitchers and give them the best chance of staying on the mound?

Though the Yankees have made few changes, so far, to their lineup, the rotation has undergone a stark overhaul, with Masahiro Tanaka and J.A. Happ gone after becoming free agents (and James Paxton almost certain to follow), while Corey Kluber and Jameson Taillon have been brought in.

General manager Brian Cashman went with the upside of right-handers Kluber and Taillon, who are both coming off significant injuries — throwing a combined one inning last season — to back up ace Gerrit Cole.

Last month, Boone and Cashman acknowledged neither pitcher was a sure thing.

“We understand some of the risks that come with it,” Boone said after the pitchers were acquired. “But we’re also incredibly excited about what we think they can be. I think if it goes well — and that’s the expectation — at their best, these are guys you can turn to in a postseason situation and match up against other great pitchers.”

That is, if they hold up through the regular season and the playoffs.

“We made the commitment because we believed, despite the risk, it was a position worth taking,” Cashman said. “And now we’re going to test-drive that, for better or for worse.”

They’ll also be relying on Domingo German, who also hasn’t pitched since 2019 after serving a suspension for violating the league’s domestic violence protocols, as well as inexperienced arms such as Deivi Garcia and Clarke Schmidt, who made their MLB debuts last season.

Jordan Montgomery will be back after making strides last season, as well as the expected return of Luis Severino, sometime around midseason, from Tommy John rehab.

Starting Thursday, the process of how to divide up the innings necessary to get through a 162-game season will begin in earnest.

That will be a challenge for everyone coming off a 60-game season during which COVID-19 forced teams to have two spring trainings, which figures to have a more significant impact on pitchers.

Both Kluber (who signed a one-year, $11 million deal after missing most of last season with a shoulder injury) and Taillon (picked up in a trade from the Pirates having been out since May 2019 following a second Tommy John surgery) have said they expect to be ready to go for the spring, despite their recent health issues.

Add to that German’s inactivity, and Garcia and Schmidt’s lack of experience in the majors, and the Yankees don’t have a lot of known quantities behind Cole.

There also will be some new faces in the bullpen, with Adam Ottavino traded to the Red Sox and another right-hander, Darren O’Day, taking his place.

A bounce-back season from Gary Sanchez, health for Aaron Judge and Giancarlo Stanton, and Gleyber Torres proving his dip in production early last season was an aberration could help overcome any pitching shortfalls.

But the Yankees have a lot riding on pitchers who haven’t shown much the past couple of years.

“Ultimately, it just comes down to keeping them healthy and performing up to their abilities,” Cashman said last month. “And that’s where the magic is really going to occur, or that’s where the tragic will occur.”