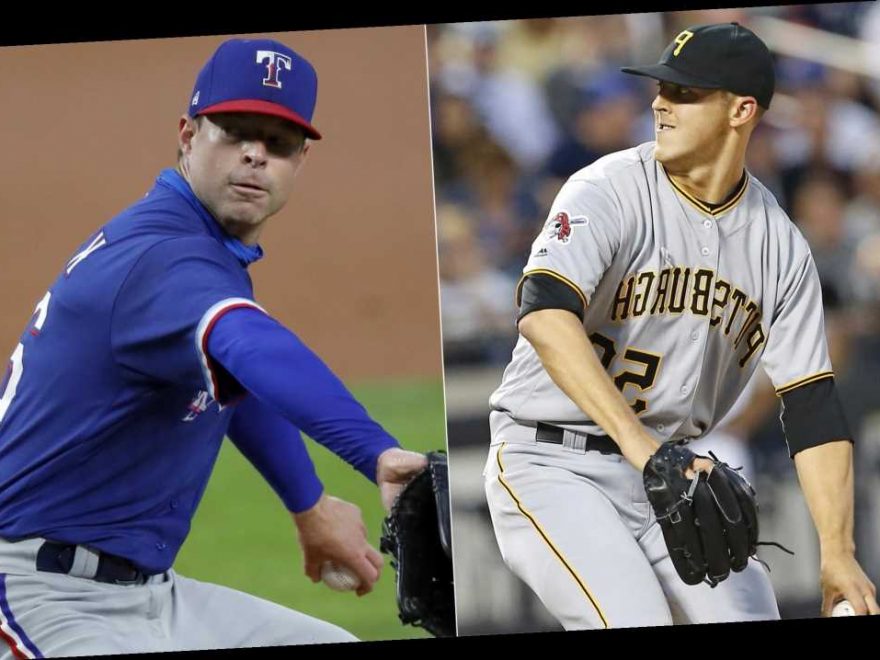 Whining Curt Schilling better not get his way

Hank Aaron was a total package of baseball greatness

“Why did it have to be snakes?”

If our favorite action hero of the 1980s hadn’t overcome his greatest liability, those slithery reptiles, to escape the Well of Souls, then he never would have achieved greatness. Fast-forward 40 years, and you have the Yankees attempting a similar trick.

In order to end their (not really) horrifying slump of 11 years without a World Series appearance, the Yankees must dramatically improve their management of their players’ health. Now imagine Indy purposely plunging into a pit of snakes, and you appreciate what the Yankees have done by putting their faith in free-agent signee Corey Kluber and trade acquisition Jameson Taillon.

By betting on themselves, on the upside of the reclamation projects Kluber and Taillon (as well as returnees Domingo German and Luis Severino) over the reliability of, say, Masahiro Tanaka or Jake Odorizzi, the Yankees have opened themselves up to easy first- and second-guessing. Then again, they just might have given themselves the best chance at ending that aforementioned (not really) appalling drought.

“We understand some of the risks that come with it.,” Yankees manager Aaron Boone said Friday in a Zoom call. “But we’re also incredibly excited about what we think they can be. I think if it goes well — and that’s the expectation — at their best, these are guys you can turn to in a postseason situation and match up against other great pitchers.”

“We made the commitment because we believed, despite the risk, it was a position worth taking,” Yankees general manager Brian Cashman said. “And now we’re going to test drive that, for better or for worse.”

The “better” no doubt tantalizes. Kluber, 34, owns two more Cy Young Awards than the rest of the Yankees’ pitching staff combined, having captured American League honors in 2014 and 2017, and to Boone’s point, he made six postseason starts for the 2016 Indians, tallying a fantastic 1.83 ERA. Taillon, 29, came off the board second overall in the 2010 amateur draft, behind just Bryce Harper, and at his best, in 2018, he racked up 191 innings and a 3.20 ERA, striking out 179 and walking only 46.

The “worse” comes in the reality that this high-ceiling duo totaled one inning in 2020, that being Kluber’s before he tore a muscle in his right shoulder, and 73 innings in 2019 as Kluber suffered a pair of ailments while Taillon, a survivor of testicular cancer, went down with his second Tommy John surgery.

Now enter the Yankees, who have struggled mightily to keep their players on the field the last two years. In 2019, they set a known record by losing 2,433 days to the injured list. Their COVID-shortened 2020 went better statistically, as they placed 17th with 349 IL days, though key guys such as Aaron Judge, Giancarlo Stanton and James Paxton missed significant chunks of the schedule because of injuries, even after the team hired the high-profile Eric Cressey as their director of player health and performance.

Cressey personally vouched for Kluber, whom he trained leading up to the Jan. 13 throwing session that landed him a shocking $11 million commitment from the Yankees for 2021. Taillon received the endorsement of his former Pirates teammate Gerrit Cole and gave up four youngsters for two years’ control of the right-hander, who will make $2.25 million this season.

Throw in the reality that the Yankees intend to keep their payroll under the $210-million luxury-tax threshold, and, Cashman said, “Ultimately fitting in two [pitchers] for, in theory the price of one was maybe a better strategy.” Tanaka returned to the Tohoku Rakuten Golden Eagles for a two-year deal worth about $17 million.

It’s a bold strategy, leaning into your Achilles’ heel, and an understandable one given what a stud starting pitcher can do for you in October. Praise the Yankees for their courage. Remember if it all goes south, you told them so.

“Ultimately, it just comes down to keeping them healthy and performing up to their abilities,” Cashman said. “And that’s where the magic is really going to occur, or that’s where the tragic will occur.”

Here they come, diving head-first into their Well of Souls. Can’t wait to see what happens.