ROMAN REIGNS is set for an ultra-new look to go with his new attitude since returning to WWE.

The Big Dog made his long-awaited comeback at SummerSlam following nearly six months off. 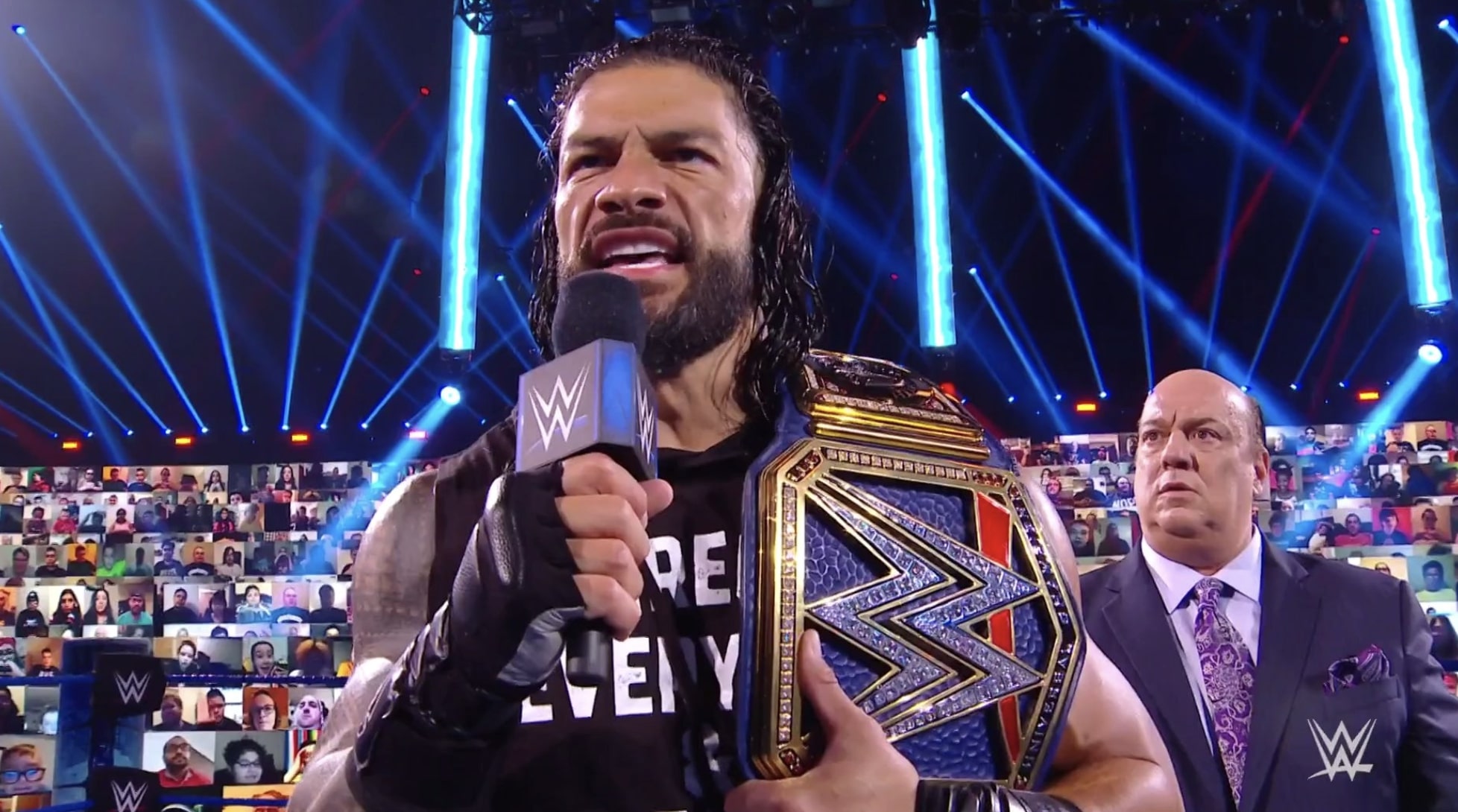 Within a week of his return, the 35-year-old had the WWE Universal Title around his waist after defeating The Fiend and Braun Strowman at Payback.

The star will defend the belt against his cousin Jey Uso this Sunday at Clash of Champions.

Reigns will have his new advisor Paul Heyman by his side – but he has now also promised fans he will be undergoing a drastic fashion transformation for the bout.

And the future Hall of Famer will also have some new entrance to boot.

Speaking on a recent Facebook Live, he said: “I’ve been wearing a SWAT outfit my entire career so I’m just going to stick to those pants.

“If you watch this Sunday, you’ll probably see me with my shirt off. So that’s going to be the change.”

It is a change fans have been calling for since The Shield broke up in 2014, leading to both Seth Rollins and Dean Ambrose ditching the SWAT-look.

And he then revealed he will soon be rolling out his new personally selected ring music.

Reigns said: “I decided to save the new music and hopefully down the line, once more drastic things happen, and the story unfolds…”

Reigns’ heel turn is part of a storyline that will take months to unfold.

And he is happy to keep delaying parts of his character change to make it a long-term watch.

He added: “You’re not going to get it quite yet, we’re going to let the steak stay on the grill.”