The wrestling show slipped to just 1.463 million average viewers – the lowest in its 27-year history. 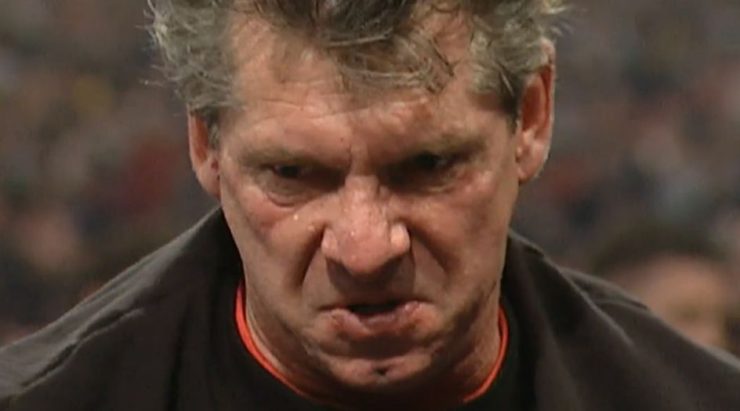 The July 15 show – two weeks earlier – was the second-lowest ever, with 1.5m viewers.

As for the key 18-49 demographic goes, RAW scored its third-lowest number ever, coming through with a 0.48 rating

WWE, like most businesses, has struggled through the coronavirus pandemic.

Back in April, boss Vince McMahon released 21 of its superstars.

That was reportedly part of a "brutal" cost-cutting measure that would save the company – rumoured to have £400m in the bank – just £3m.

WWE are currently without some of their biggest stars, with Roman Reigns, Charlotte Flair, Brock Lesnar and Becky Lynch all absent from TV.

TV viewership trends have been negatively impacted by COVID, obviously, and the lack of a live audience

And the company's CEO McMahon has addressed RAW's downfall at a recently held shareholders meeting.

He said: “We have a 30-plus year track record of creating compelling characters and engaging a variety of audiences, and we obviously remain confident we can continue that with our collective ability, even in the most challenging environments with no live audience.

“The media echo system obviously has changed. We change with it.

“Our engagement metrics across platforms are understandably and obviously — however, the importance of linear programming is paramount in all of our businesses — we consistently have seen year-over-year increases in a variety of digital metrics and engagement.

“And positive trends have continued, even during COVID.

“Conversely, TV viewership trends have been negatively impacted by COVID, obviously, and the lack of a live audience.

“We expect a combination of valuable promotional inventory from our TV partners with the return of sports events programming.

“And a deep roster of charismatic talent will have a positive impact on viewership over the long-term.”