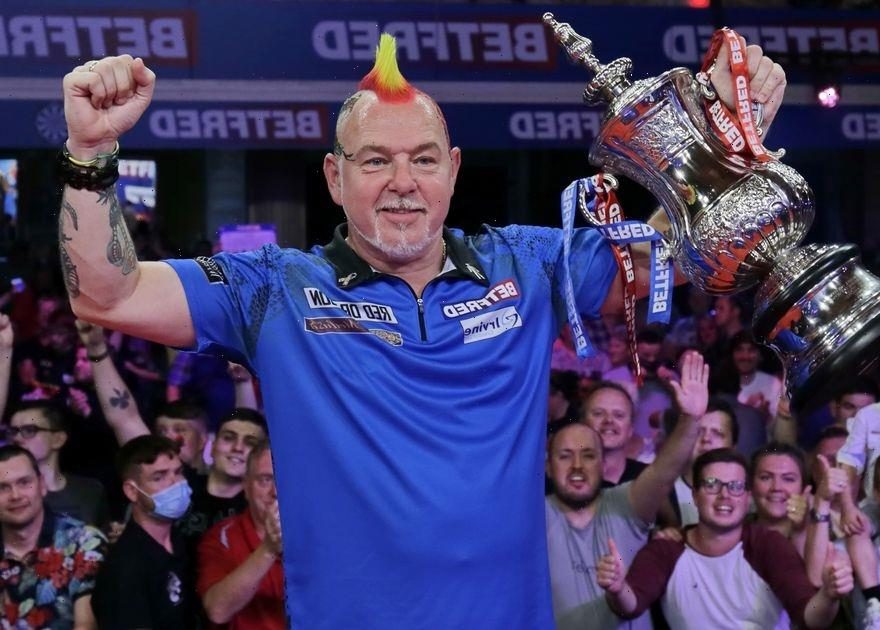 Peter Wright sent a strong message to his critics after winning his first World Matchplay crown in Blackpool on Sunday night.

The 51-year-old stormed into an 8-2 lead and despite a flurry from Van den Bergh, Wright stepped it up in the crucial moments, especially when it came to hitting his doubles.

Van den Bergh, who finished fifth in this year’s Premier League, lived with Wright during the first lockdown in 2020.

The new world matchplay champ praised his former housemate for his performances throughout the tournament.

Wright said post-match: “To have this trophy in my presence with all the names that have won it in the past.

“Obviously to play Dimitri in the final, he played brilliant throughout the whole tournament but he didn't quite turn up for the final. He missed a lot of crucial doubles and let me in.”

The 2020 World Champion added: “It shouldn't have been 8-2 to me but I just went out and done my job and hit the doubles.

“I was trying to find bits of bursts of the game I was playing yesterday and which I've done in the tournament as well. The first dart wasn't really going in for me tonight but it was the doubles."

When asked if he is currently the best player in the world, Wright gave a confident response.

“There's loads of good players but today they weren't here and yes I am at the moment.

"I might have a big mouth but I backed it up. I'm only going to get better so practice lads."

Wright backed up a superb 17-10 victory over three-time world champion Michael Van Gerwen in the semi-finals, and his wife Jo, who recently underwent back surgery, was in the crowd to see him lift the trophy.

“This is for Jo”, he said tearfully.

He added: “It’s really not nice for all the family to see her going through so much. She tries her hardest to get to the darts and do my hair. It’s really hard now, she can’t even stand up now.

“Jo now has another operation in mid-May, hopefully it all goes to plan and get it fixed."

With that victory the world number two keeps the pressure on world number one and current world champion Gerwyn Price at the top of the PDC rankings.