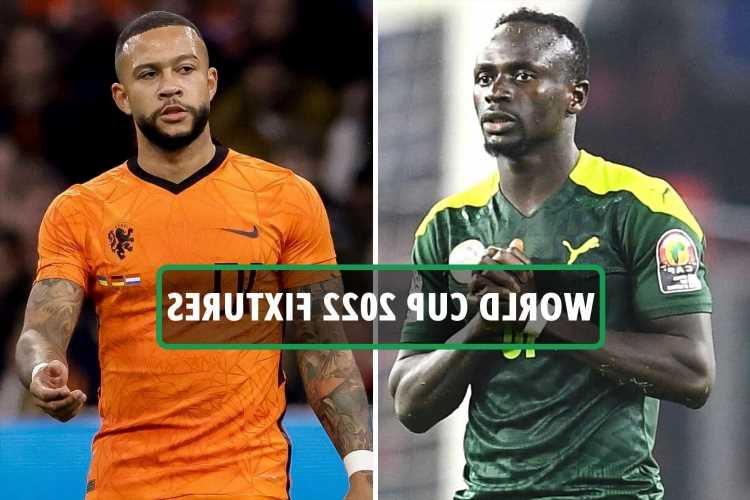 ENGLAND will be playing Iran on the opening day of the World Cup 2022 in Qatar.

This will be the first time in the tournament's history that it will be contested for during winter, with the big event starting on November 21. 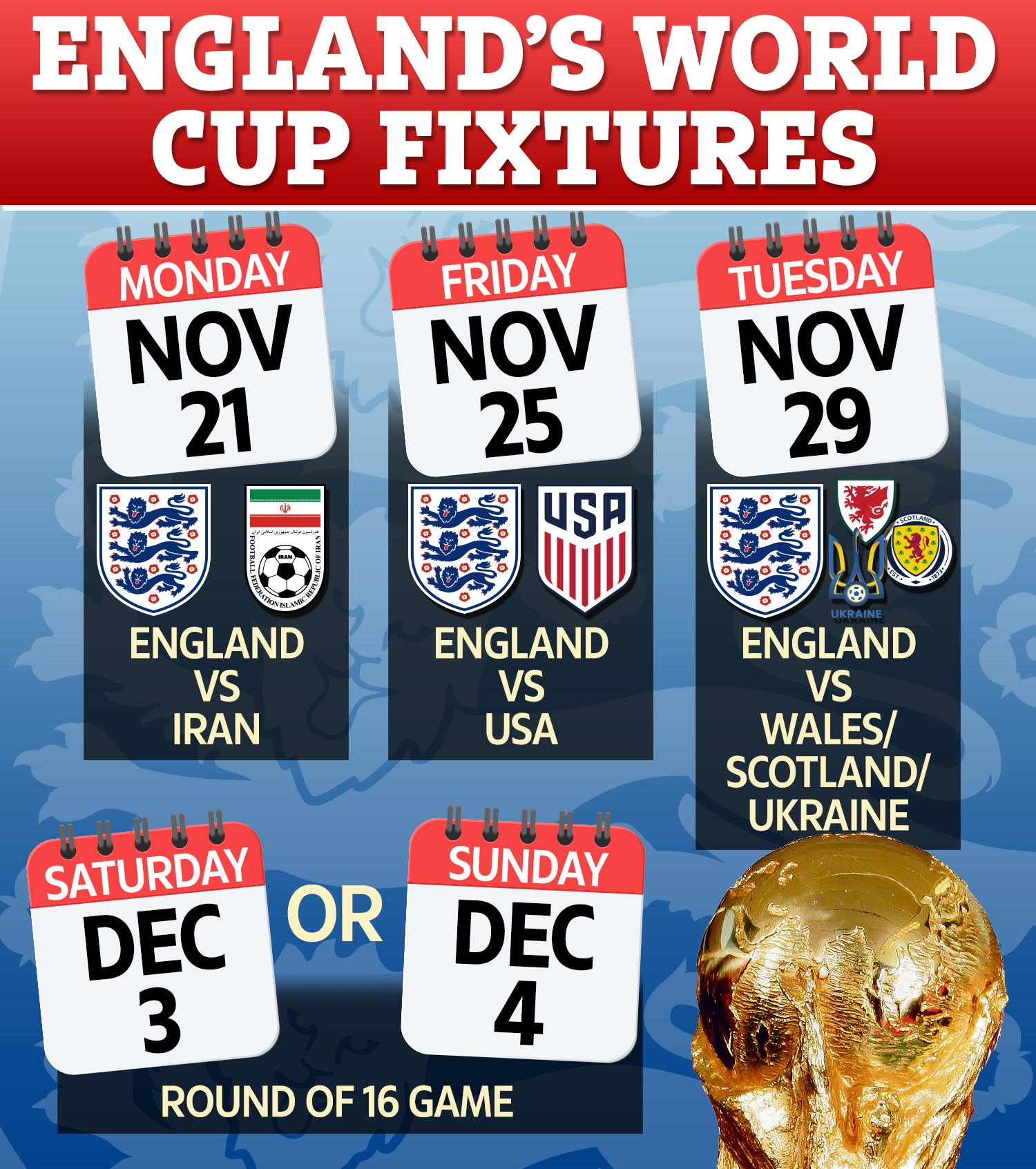 And it is set to be a condensed schedule with FOUR matches played on the opening match-day of the showpiece event.

However, fans of the competition will not have to miss a single minute of the action with all the details of the encounters detailed below.

What are the most important dates for the World Cup?

All the info on draw for Qatar 2022 World Cup

The fixture list has been revealed for the World Cup 2022, following the big draw.

Group A: Senegal vs Netherlands (10am)

Group B: England vs Iran (1pm)

Group A: Qatar vs Ecuador (4pm)

Group B: United States vs Wales or Scotland / Ukraine (7pm)

Group F: Morocco vs Croatia (10am)

Group G: Switzerland vs Cameroon (10am)

Group B: Wales or Scotland / Ukraine vs Iran (10am)

Group A: Qatar vs Senegal (1pm)

Group A: Netherlands vs Ecuador (4pm)

Group E: Japan vs Costa Rica or New Zealand (10am)

Group G: Cameroon vs Serbia (10am)

Group A: Netherlands vs Qatar (3pm)

Group A: Ecuador vs Senegal (3pm)

Group B: Wales or Scotland / Ukraine vs England (7pm)

What are the kick-off times for the World Cup?

The Qatar time zone is three hours ahead of Greenwich Mean Time which means that games will be played earlier in the UK than locally.

However, the kick-off timings in the final round of group fixtures and knock-out ties will be at 6pm and 10pm local time – 3pm and 7pm UK time.

Leaving the final to be scheduled at 6pm local time – 3pm UK time. 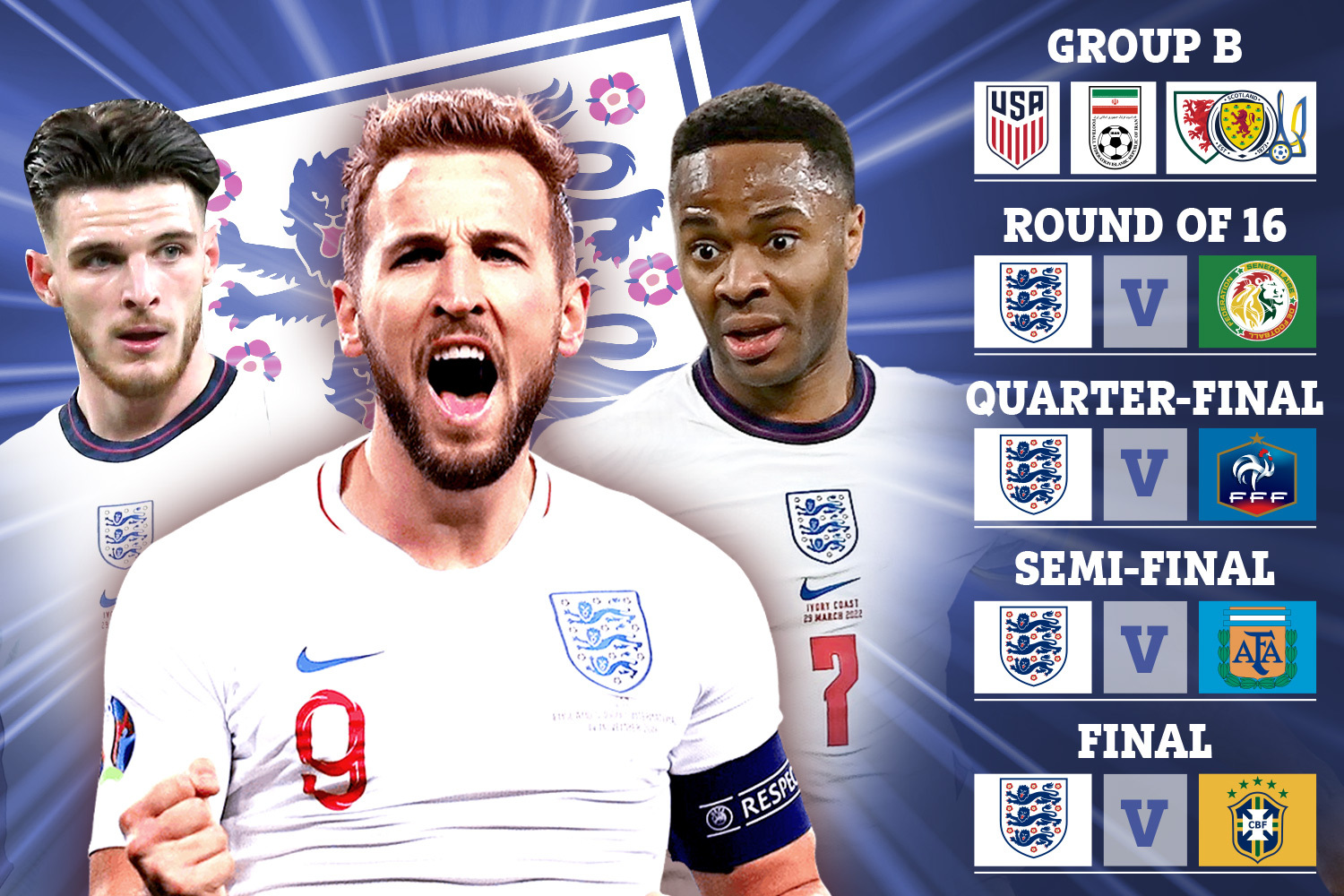 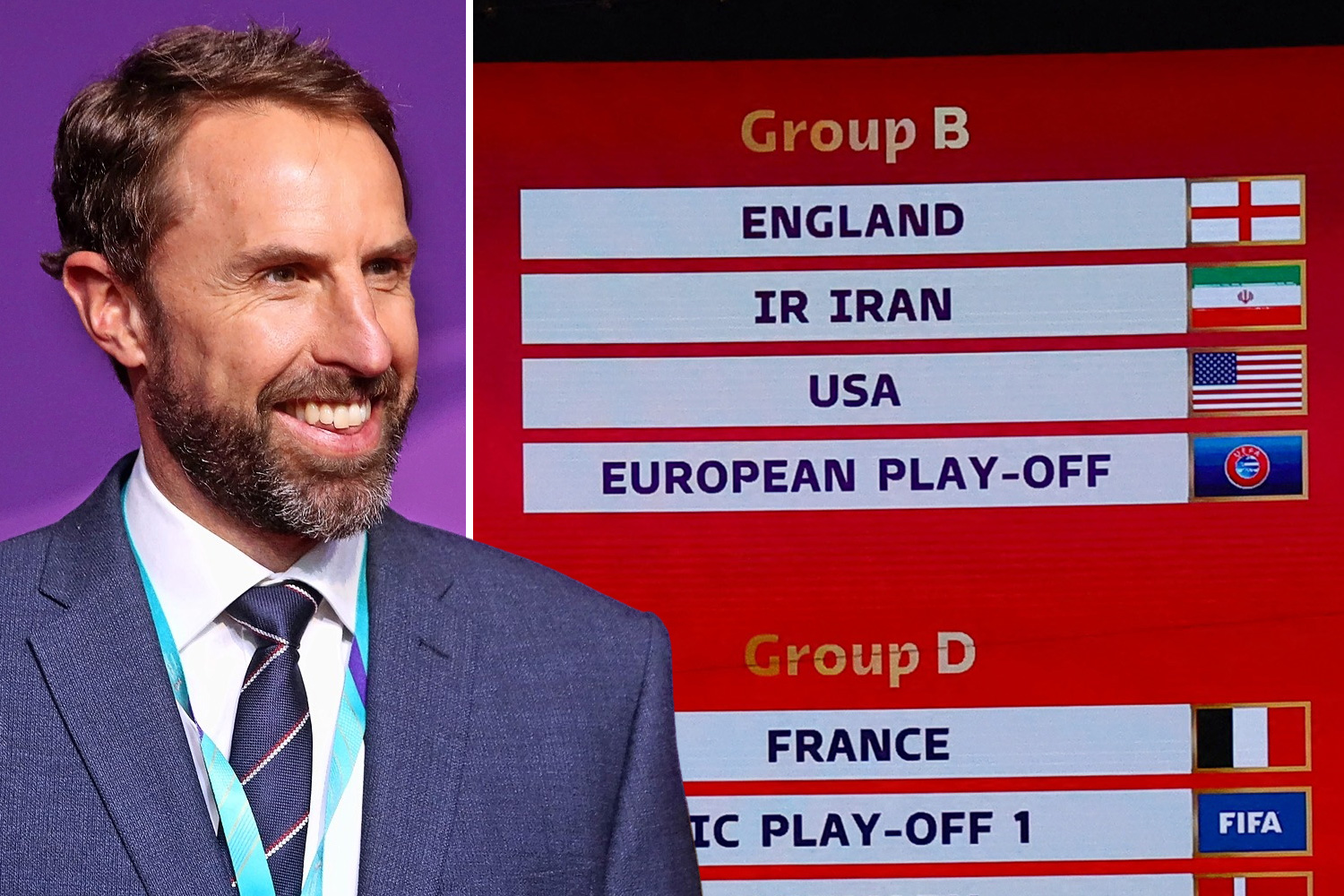 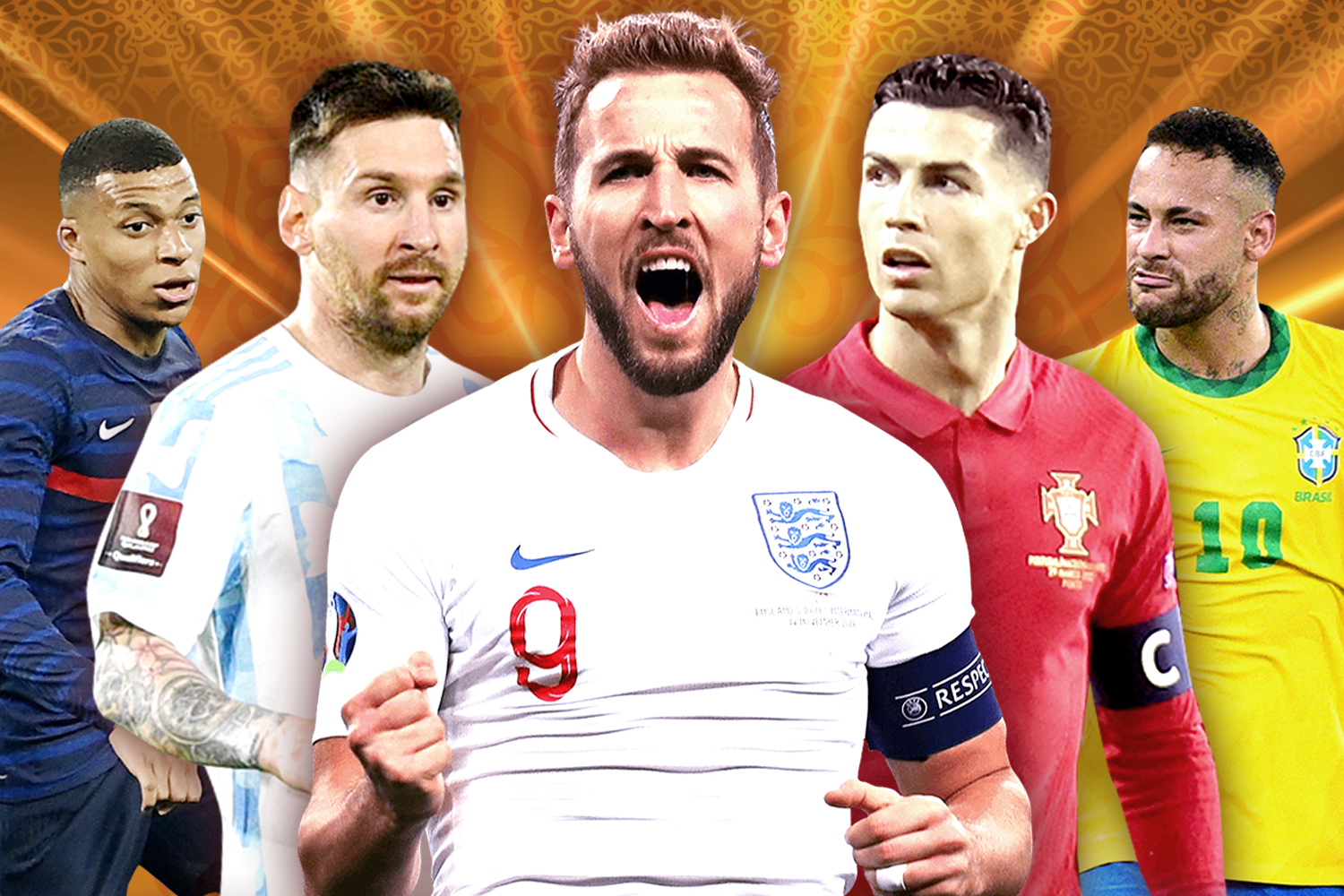