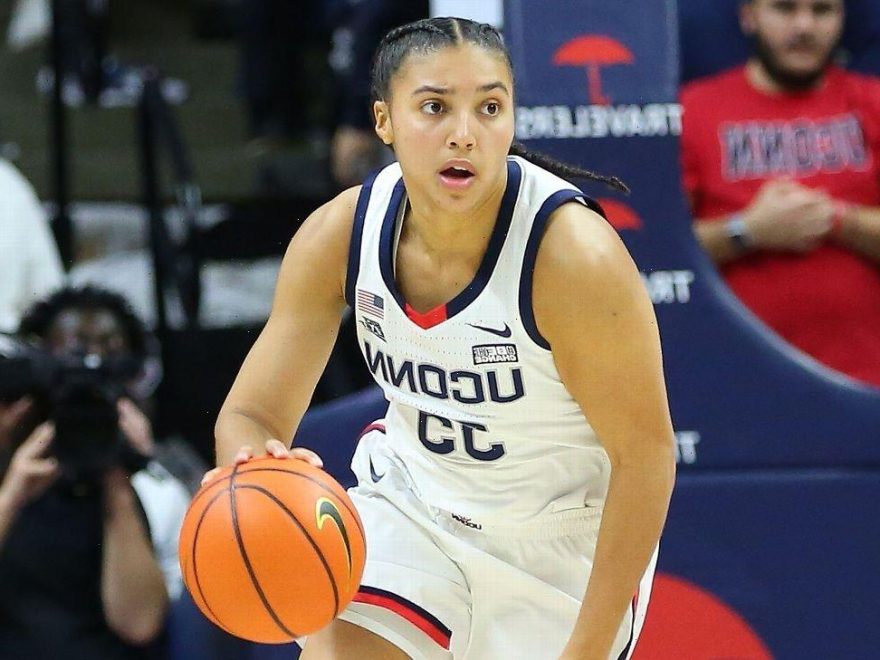 If the South Carolina Gamecocks and Stanford Cardinal meet again this season in the Final Four, both teams will no doubt look back on everything that Sunday’s women’s college basketball showdown taught them.

The Gamecocks walked away from their 76-71 overtime road victory with an increased belief in their bench (outscored the Cardinal 34-9), their superstar (Aliyah Boston had her struggles, yet still finished with a double-double and never got rattled) and their resilience (down after the first, second and third quarters, they outscored Stanford 32-17 over the fourth period and OT).

The Cardinal left Sunday’s game with frustration because they were in control going into the fourth quarter and then didn’t score for the next six minutes. Forward Cameron Brink had a huge game but once again battled foul trouble. The Cardinal blocked 10 shots and for the first three quarters were really solid defensively.

Then things changed. What caused Stanford’s scoring drought in the fourth quarter? South Carolina’s defense turned it up a notch and made things harder for Cardinal freshman point guard Talana Lepolo. To that end, coach Dawn Staley had a little more speed on the court for the Gamecocks, with sophomore Bree Hall putting more pressure on the ball. Then Staley said she saw some fatigue in her team about three minutes into the quarter and called a timeout.

“I think in big games like this, you want to play so well that sometimes it works against you.”

All in all, it was an entertaining game that gave both teams things to think about. Stanford coach Tara VanDerveer said maybe her team just isn’t ready yet to be No. 1. But whether the Cardinal are ready, South Carolina won’t give it up easily.

These two remain atop the Power Rankings in Week 2. After that, there is quite a bit of movement, including two preseason top-five teams, the Texas Longhorns and Tennessee Lady Volunteers, falling out of this list of 16 after a combined five losses thus far.

In victories over top-10 teams Texas and NC State, the sophomore guard had a combined 64 points, shooting 55.6% from the field. She has scored 90 points thus far, more than any other UConn player over the past 20 years in the first three games of a season. That includes Maya Moore (81 points), Breanna Stewart (74) and Diana Taurasi (73), all of whom were then starting their senior seasons.

The Wildcats don’t have star center Ayoka Lee, who is out this season after knee surgery. But they have started 5-0, including an 84-83 upset over then-No. 4 Iowa on Thursday. Gabby Gregory, a transfer senior guard from Oklahoma, is averaging a team-best 21.4 PPG. Sophomore guard Serena Sundell is second in scoring (14.6 PPG) and leads in rebounds (7.0) and assists (5.0).

Admittedly, the marquee victory was South Carolina’s over Stanford. But let’s spread around the kudos and give the nod to the UCLA Bruins, who won their Pac 12-SEC battle. The Lady Vols have had a disappointing start, but that doesn’t take away from the excitement UCLA feels at being 5-0 heading into Monday’s championship game of the Battle 4 Atlantis.

A nod here also goes to Marquette, UCLA’s opponent Monday, for its victories over Texas and Gonzaga in the Bahamas. Marquette is also 5-0.

Part of getting off to a 5-0 start, including a win at Tennessee last Monday, has been the addition of transfers Sara Scalia and Sydney Parrish and the quick impact of freshman Yarden Garzon from Israel. Moren, who took the Hoosiers to the Elite Eight for the first time in 2021 and then to the Sweet 16 last season, has added strong complementary pieces around veterans Mackenzie Holmes and Grace Berger as the Hoosiers appear to be strong challengers for the Big Ten title.

The Gamecocks’ depth was a strength last season when they won the NCAA title, and it’s the same this year. Admittedly, South Carolina is still looking to solidify things at point guard, but the Gamecocks had just 11 turnovers to Stanford’s 22. They shot 38.4% from the field but got big shots when they needed them — such as Brea Beal’s 3-pointer with 17 seconds left in regulation followed by Boston’s tying shot with 2.1 remaining. Winning on the road against the No. 2 team shows how good the Gamecocks are.

Watching film from the South Carolina game won’t be fun for the Cardinal, but it will be instructive. There were good things. The inside defensive combo of 6-foot-4 Brink and 6-5 Ashten Prechtel can be ferocious. Offensively, Brink was 8-of-13 from the field and 7-of-8 from the foul line; she has become one of the most difficult players to guard in the college game. Freshman guard Lepolo is way ahead of the learning curve with just six college games under her belt. But the aforementioned scoring drought and the mental mistakes late in overtime marred what looked like an epic day for Stanford.

In victories over Texas and NC State last week, the Huskies didn’t just get big point production from Fudd. They also got a combined 24 assists from Nika Mühl and a combined 30 points from Aubrey Griffin. The Huskies head into the four-team Phil Knight Legacy tournament in Portland this week as the favorite, even with forward Dorka Juhasz out with a broken thumb.

The Cyclones were taken to the wire by Northern Iowa last week but won 88-85, and then beat Columbia 99-76. Iowa State heads into the Phil Knight Invitational tournament in Portland as the top-ranked team. The Cyclones will face 6-0 Michigan State on Thanksgiving, and coach Bill Fennelly is thankful Ashley Joens returned for her super senior season. She leads the Cyclones with 25.5 PPG and 11.0 RPG and has made 13 of her past 23 3-point attempts, including a career-high seven Sunday.

The Buckeyes cruised over Ohio and McNeese this past week. Thus far, they have had four different leading scorers in their four games. Ohio State’s defense has been punishing foes by forcing an average of 33.5 turnovers per game. Guard Jacy Sheldon has 27 steals, which leads Division I.

6. Notre Dame Fighting Irish (4-0)
Previous ranking: 10
This week: vs. American (Thursday), vs. Arizona State (Friday or Saturday) (all games in the Bahamas)

The Fighting Irish rocked Northwestern (in a game that got chippy, with standout Olivia Miles getting ejected with two technical fouls) and Ball State this past week. Now, Notre Dame heads to the Goombay Splash event in the Bahamas. If Notre Dame beats winless American, it plays Arizona State on Saturday. If the Irish lose the opener, they play Friday. Which means you can probably count on it being Saturday.

The Hoosiers beat Tennessee, Bowling Green and Quinnipiac last week and now head to the Las Vegas Invitational. Forward Mackenzie Holmes is shooting 71.2% from the field, and guard Grace Berger 51.9%. It’s early, but Indiana is shooting 89.2%.

After beating the South Carolina State and James Madison this past week, the Tar Heels will face their first real tests this weekend at the Phil Knight Invitational tournament. Redshirt freshman Teonni Key, the sister of Tennessee’s Tamari Key, missed last season with a knee injury. Teonni made her college debut with 13 points and seven rebounds against South Carolina State.

The Cardinals fell 79-67 in overtime to Gonzaga at the Battle 4 Atlantis, and Louisville coach Jeff Walz called his team’s lackluster defense “a recipe for disaster.” The Cardinals stayed in the top 10, though, thanks to their subsequent victory over Texas, and they will try to leave the Bahamas with a closing win Monday.

The Hawkeyes got a scare when guard Caitlin Clark went down with a twisted ankle Thursday in an 84-83 loss at Kansas State. But she was back with a vengeance Sunday against Belmont, which was hoping to hand the Hawkeyes their second upset loss of the week. Clark prevented that with 33 points and five assists in a 73-62 win, and now Iowa heads to the Phil Knight Legacy tournament.

The Wolfpack beat Charlotte this past week, but then lost 91-69 at UConn in their first true test this season. NC State got down 9-0 to the Huskies and never recovered on a disappointing day for the Wolfpack’s defense. They regroup and head to the Cancun Challenge in Mexico.

The Tigers have scored at least 100 points in all five of their games. LSU coach Kim Mulkey as a player in 1981-82 was on a Louisiana Tech team that hit the century mark six games in a row and went on to win the NCAA title. However, LSU is getting plenty of side-eye from women’s basketball fans for playing lower-tiered teams: Their foes thus far are combined 5-13. At the Goombay Splash this week, it would be fun to see the Tigers face Notre Dame, but they aren’t in the same bracket.

The Bluejays socked it to the state flagship school on Tuesday, beating Nebraska 77-51. Then they won by 19 points Sunday at Northern Iowa, a notable score considering Iowa State beat the Panthers by just three points earlier in the week. This week, Creighton goes for city supremacy in facing the Mavericks; the schools’ arenas are only 6 miles apart in Omaha. Then the Bluejays start their Big East slate vs. Xavier.

It’s still hard to tell how good the Hokies are, as they have dominated three overmatched foes thus far, all at Virginia Tech. They could get tested a little more this week at the Baha Mar Hoops tournament in the Bahamas, where they face two SEC teams.

The Utes played just one game this past week, but it was a doozy. They beat Oklahoma 124-78 on Wednesday, taking advantage of the Sooners’ high-risk/high-reward offensive style. Oklahoma never slows down, but Utah burned it badly at that game, scoring 41 points in the third quarter alone. This week, the Utes go to the Baha Mar Hoops tournament in the Bahamas to face two SEC teams.

With players being lost to transfer and injuries, the Terps couldn’t compete with top-ranked South Carolina on Nov. 11 and lost by 25 points. But they have beaten everyone else, including Baylor on Sunday. Admittedly, Baylor is also dealing with injuries, but it was still a noteworthy victory behind Diamond Miller’s 32 points and 10 rebounds. This week, Maryland goes to the Fort Myers Tip-Off in Florida.