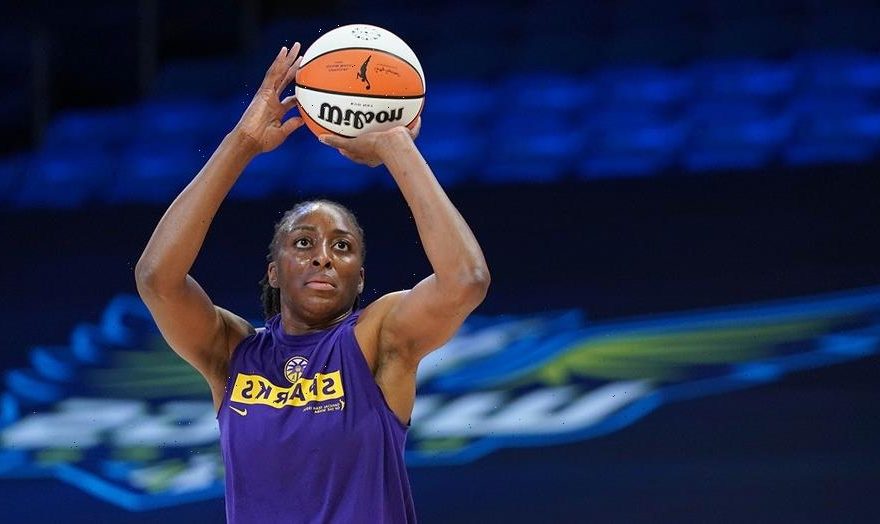 USA Basketball came under fire this week after WNBA star Nneka Ogwumike was left off the roster for the Tokyo Olympics.

She’s also averaging 16.4 points and seven rebounds in five games for the Sparks this season.

Los Angeles coach Derek Fisher and Chicago Sky star Candace Parker were the most vocal in their defense of Ogwumike.

“Where do I start? We’re pissed, honestly. Nothing has to be ‘given’ to her. She earned it and she deserves it. That’s the most frustrating and disappointing part,” Fisher said Tuesday, via ESPN.

He added that Ogwumike not making the Olympic roster was a “travesty.”

Parker, a two-time MVP and five-time All-Star who spent 13 seasons with the Sparks, was a bit blunter.

“I hit Nneka. I was like, ‘Listen it sucks, it’s unfair,’ all that blah, blah, blah,’” Parker said after her game against the New York Liberty on Tuesday night. “You’re one of the greatest. You’re the only MVP not to make an Olympic team, which is bulls—t.’ But that’s what it is, right? That’s why I’m commentating in Tokyo.”

Parker will be a part of the announcing team for NBC.

Fisher and Parker weren’t the only ones to speak out.

USA Basketball coach Dawn Staley suggested Monday that Ogwumike’s knee injury played a part in the decision to keep her off the team. The Sparks said on June 3 that she would miss 4-6 weeks with a knee sprain. In theory, she could have been in training camp on July 13.

Fisher said he believed Team USA had been in contact with Ogwumike about her injury. He said her injury timeline didn’t “add up for her being unavailable” for the Olympics.