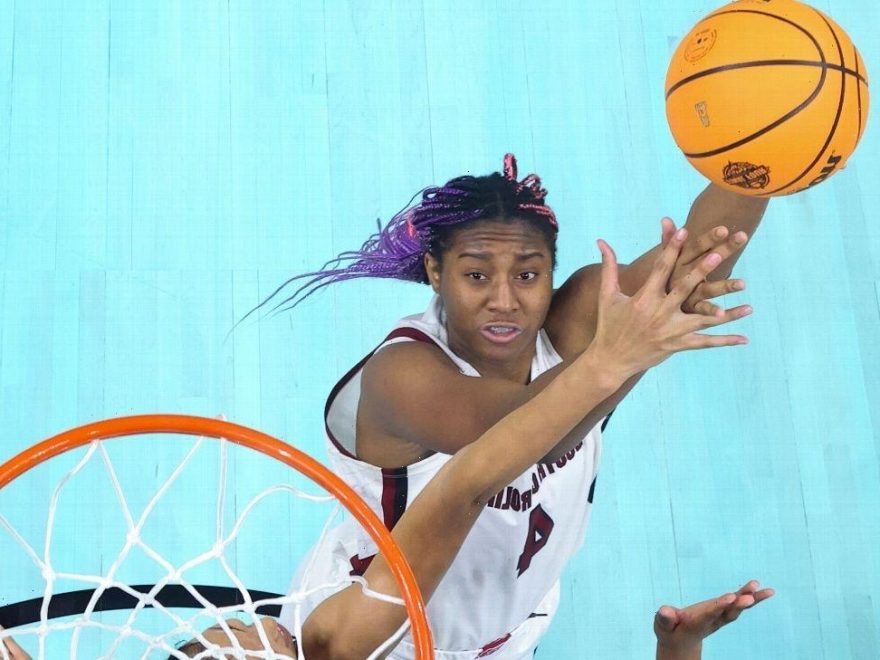 The lottery balls finally went their way, and there’s little doubt which player the Indiana Fever will select with the WNBA’s No. 1 draft pick next April.

The Fever had the highest odds (44.2%) of getting the No. 1 pick, which the organization previously never had. That changed Friday as the Fever won the WNBA draft lottery, followed by the Minnesota Lynx, the Atlanta Dream and the Washington Mystics.

Tamika Catchings, the No. 3 pick in 2001, is the best player in Fever history and one of the all-time greats in women’s basketball. But Indiana hasn’t made the playoffs since Catchings retired following the 2016 season.

Seniors still have the option of coming back for a fifth season because of the pandemic-affected 2020-21 academic year, so there is no guarantee all of these players will make themselves eligible for the draft. But with the information we have now, here is an early projection of the first round of the draft, which is scheduled to be April 10, 2023.

She is the player the Fever badly need. Boston is the draft’s sure thing, provided she doesn’t pull a surprise and opt to stay a fifth season in college. That isn’t expected at this point. Boston was the national player of the year last season and favored to repeat, as are the Gamecocks as national champions. She is the most pro-ready college player, with elite finishing skills, footwork and defensive ability and savvy. With a general manager and a new coach focused on defense, the Fever can get a rookie post in Boston who is already able to defend at an elite pro level.

The Lynx missed the playoffs last season for the first time since 2010, and they must adjust to life without retired center Sylvia Fowles. The Most Outstanding Player in the 2021 NCAA tournament, Jones could be an elite playmaker at the next level, along with becoming a more dynamic scorer than she has been at Stanford. It’s not fair to compare anyone to greats such as Seimone Augustus or Maya Moore, who were both No. 1 picks by Minnesota. But Jones could be a big guard/wing who makes her own legacy with the Lynx.

After taking big guard Rhyne Howard with the No. 1 pick last season — she was WNBA Rookie of the Year — the Dream might want to pick up a dynamic post player. Jackson is in her first season at Tennessee and likely will have a lot to do with how far the Lady Vols go. She was the SEC’s leading scorer when she left Mississippi State last January after two coaching changes. In her time with the Bulldogs, she averaged 16.2 points, 5.3 rebounds and 1.4 steals. If she can have similar numbers this season, it will be good for the Lady Vols and her draft stock.

The Mystics might stay close to home with this pick and get Maryland’s big guard. She left the Terps’ opener with an injury Monday, and she had injury issues last season, too. But provided Miller has a healthy overall season, she could be a strong offensive player in transition with Washington, with room to grow on defense. The Mystics led the WNBA in defensive rating last season, so her progress there is important. Her injury status will be a big key, but Miller’s talent and potential are not in doubt.

Osborne was somewhat out of the spotlight with the Bruins missing the NCAA tournament last season, although they advanced to the WNIT semifinals. A solid offensive player, Osborne led the Bruins at 16.4 PPG last season. But she’s even better on defense, and the Sky could see her as an important addition on the perimeter after a disappointing end to their 2022 season with a playoff loss to Connecticut.

Horston had a very good junior year cut short by an elbow injury, and expectations are high for her and Tennessee. She has great size and defensive instincts on the wing, which could make her valuable to the Liberty. While turnovers and shot selection have been issues for Horston, she averaged 16.2 points last season, along with 9.4 rebounds. She suffered a leg injury in Tennessee’s victory Thursday that forced her to leave that game, but she has since been evaluated as day-to-day.

Blackwell is an outstanding rebounder, averaging 13.0 last season and 10.2 in her three years at Missouri. She is quick, strong and has good instincts both offensively and defensively. Can she adjust to playing more on the perimeter, as she will need to in the pro game? Having former WNBA coach Nicki Collen guiding her this season at Baylor should be good preparation.

There is no guarantee that true centers can make the transition from college to today’s WNBA. But Kitley, ACC player of the year last season, has things in her favor. Last season, she averaged 18.1 points, 9.8 rebounds and 2.4 blocks; she had four or more blocks on nine occasions. Kitley has to get stronger and maybe a bit feistier to be a legitimate low-block threat and rim protector in the WNBA, but she has steadily improved in her time with the Hokies.

Any guard in the same conference as Iowa’s Caitlin Clark is likely to be overshadowed. But keep an eye on Sheldon: She has a fun fearlessness in her drives to the basket and her opportunistic defense. Doing these things get a lot harder in the WNBA. But last season, she averaged 19.7 PPG while shooting 50.4% from the field and recorded almost two steals per game.

The fifth-year senior has won the Cheryl Miller Award the past two season and takes pride in being a hardworking player who will do anything to help her team. Iowa State has not had many alums succeed in the WNBA (defense is often an issue), although Joens’ former teammate, Bridget Carleton (Lynx), has found a spot. Joens played a lot of 3-on-3 over this summer, and what she learned there could help her transition to the pro game.

The fifth-year senior flourished last season in the offensive system of new coach Jennie Baranczyk, averaging 18.0 points. In fact, Williams has been strong on offense her whole Sooners career and she has an excellent motor. Defense is neither her nor Oklahoma’s strength, but she is a dependable rebounder (7.5 RPG last season).

After spending her first two seasons at Texas, Taylor transferred and averaged 11.0 points and 5.5 rebounds for the Blue Devils. Learning defense under Longhorns coach Vic Schaefer helped her, and it’s something she brought to Duke. Taylor has plenty of areas she can improve on as a senior — reducing turnovers is one — and if she does, she could get into the first round.