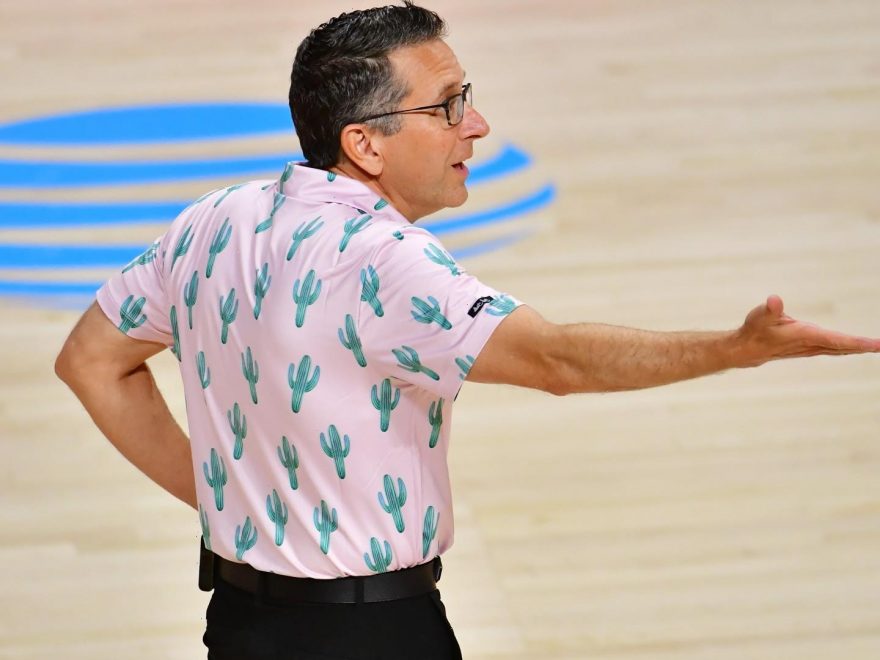 Connecticut Suns coach and general manager Curt Miller received a fine and suspension from the WNBA for comments he made about Las Vegas Aces center Liz Cambage.

The WNBA announced on Monday that it handed Miller a one-game suspension and a $10,000 fine for comments the coach later acknowledged were inappropriate and offensive, according to a release from the WNBA.

During Sunday’s game against the Aces, Cambage said that Miller complained to a referee about a call because Cambage weighed “300 pounds,” according to a report from USA Today.

Cambage said during an Instagram story after the game that the coach called her 300 pounds, and she pointed out that she is 6-8 and weighs 235 pounds, according to USA Today.

“To the coach of Connecticut, I’m sorry, little sir man, I do not know your name, but the next time you try to call [to] a referee trying to get a call being like, ‘Come on, she’s 300 pounds,’ I’m going to need you to get it right, baby,” Cambage said in the story.

Cambage also noted that while there is always trash talk going on between the players, she said that opposing coaches cannot do it because “we can’t do nothing back,” according to USA Today.

According to a report from the Connecticut Post, Miller told reporters that he knows his comments were wrong and that he felt bad that they affected Cambage.

“As a leader, words matter,” Miller said, according to the Post. “It was inappropriate. It wasn’t directed at Liz, but it makes no difference. I’m disappointed in myself and truly sorry, remorseful.”