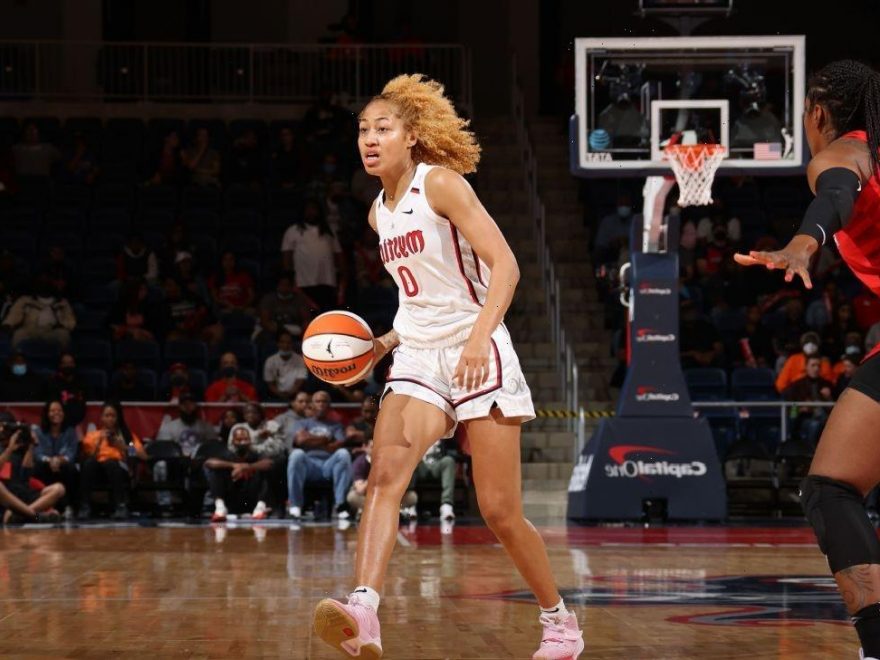 Each day of the WNBA season, our team of fantasy and betting experts breaks down every game on the slate, making note of everything from injuries and lineup changes to recent trends and more.

All odds are provided by Caesars Sportsbook.

Here’s what to look for during Thursday’s slate:

Fantasy need to know: The Mystics (10-6) face the Liberty (5-9) in Brooklyn. In their last game, the Mystics defeated the Phoenix Mercury 83-65. Washington rookie Shakira Austin had 16 points and 10 rebounds for her second career double-double. Natasha Cloud had her second 10-assist game this season, joining Courtney Vandersloot as only WNBA players this season with multiple games of 10 or more assists. The Mystics rank fifth in offensive rating (101.5) and second in defensive rating (95.6). The Liberty were defeated by the Chicago Sky with a final score of 88-86 last time they played. Sabrina Ionescu scored 27 points, grabbed 13 rebounds and had 12 assists on the way to a season-high 55 fantasy points. In addition to Candace Parker, she is the only player with multiple career triple-doubles (regular season only). With an offensive rating of 95.1, the Liberty rank 11th in the league. In terms of defense, New York ranks seventh with a defensive rating of (102).

Ariel Atkins, Elena Delle Donne, Cloud, Alysha Clark and Myisha Hines-Allen are all must-start players for the Mystics. Delle Donne leads Washington with 27.8 fantasy points per game. Due to her history of back injuries, fantasy players should be aware of when the Mystics give her rest days. Austin is firmly on the streaming radar and available in 55.2% of leagues. The past four games have seen her excel on both ends of the floor. During that time, Austin has averaged 23.7 fantasy points per game and 25 minutes played.

Ionescu and Howard should be included in fantasy lineups along with Han Xu, who is shockingly still available in 76.1% of leagues. Over her past four games, Xu has averaged 21.5 fantasy points. Stefanie Dolson is available in 82.1% of leagues if you are looking for a streamer. Over the past two games she has averaged over 23.5 fantasy points per game.

Best bet: Mystics -4. Washington has averaged 34.8 RPG (seventh) and 20.8 APG (third) this season. With a 44.0 FG%, the Mystics rank fifth in the league, and their 80.3 PPG ranks seventh. On defense, Washington ranks second in the league in opponent PPG (75.2). The Mystics are more balanced than the Liberty and should cover. — Eric Moody