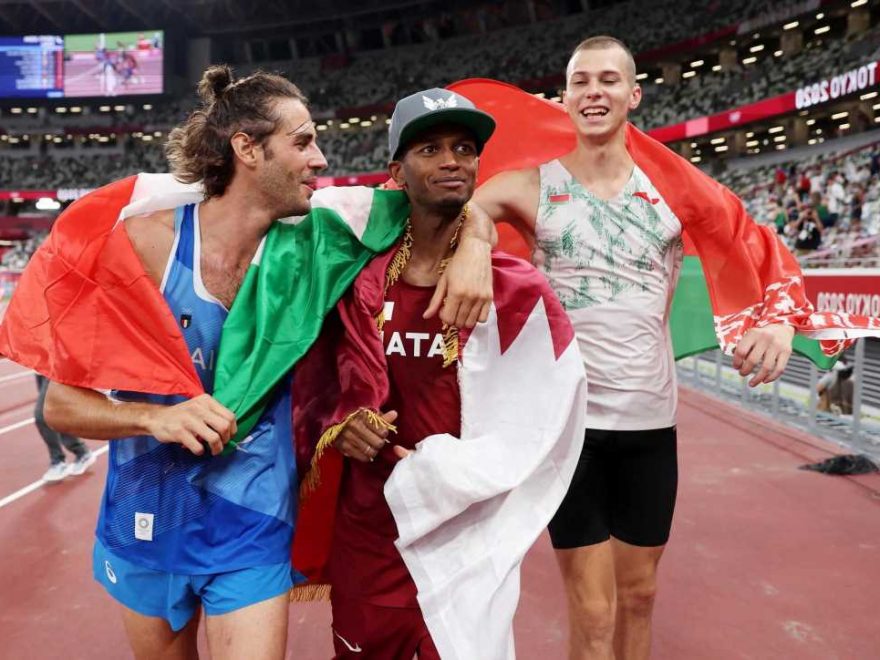 And they were delighted to find out that they could both have gold medals if they chose not to jump again. 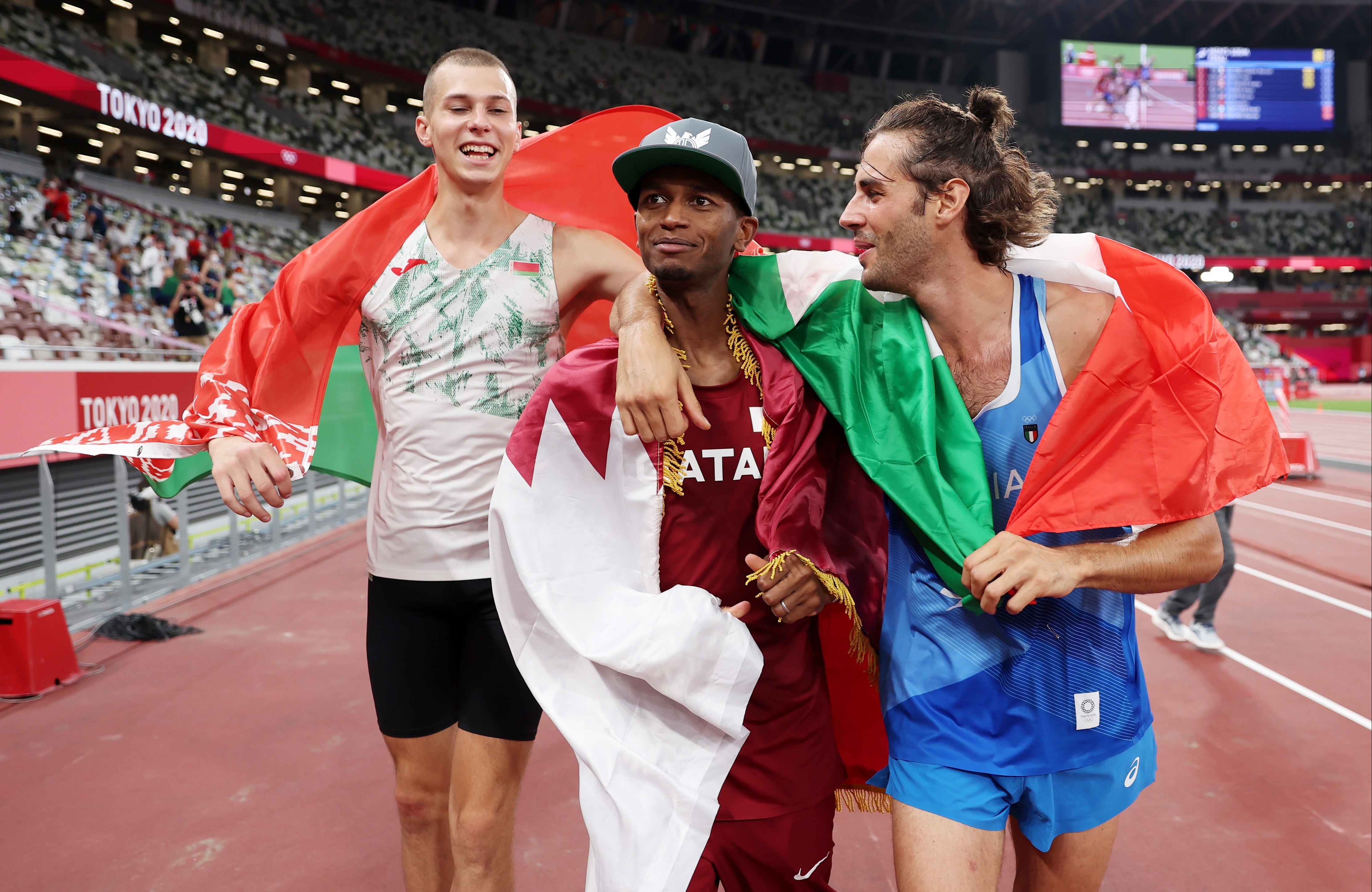 In a split second, both athletes unsurprisingly came to the decision to share the gold.

Why were there two gold medals in the Olympic high jump?

However Barshim and Tamberi finished the competition with identical records as they both cleared every jump at the first attempt before failing all three attempts at 2.39m.

The presiding Olympics Games official then approached the jumpers and initially offered them a jump-off, before Barshim asked: "Can we have two golds?"

To their delight, the official informed them that that would be within the rules if they both agreed not to jump again.

Barshim said: "I look at him, he looks at me, and we know it. We just look at each other and we know, that is it, it is done. There is no need.

"He is one of my best friends, not only on the track, but outside the track. We work together.

"This is a dream come true. It is the true spirit, the sportsman spirit, and we are here delivering this message."

Was there a silver medal in Olympic high jump?

Despite jumping the same height as the Italian and Qatari, Maksim Nedasekau was handed a bronze medal.

This was because he chose not to jump 2.35m before moving onto 2.37m while the other two athletes did.

And despite there being two gold medalists, Nedasekau not moved up to silver but forced to stick with the bronze.