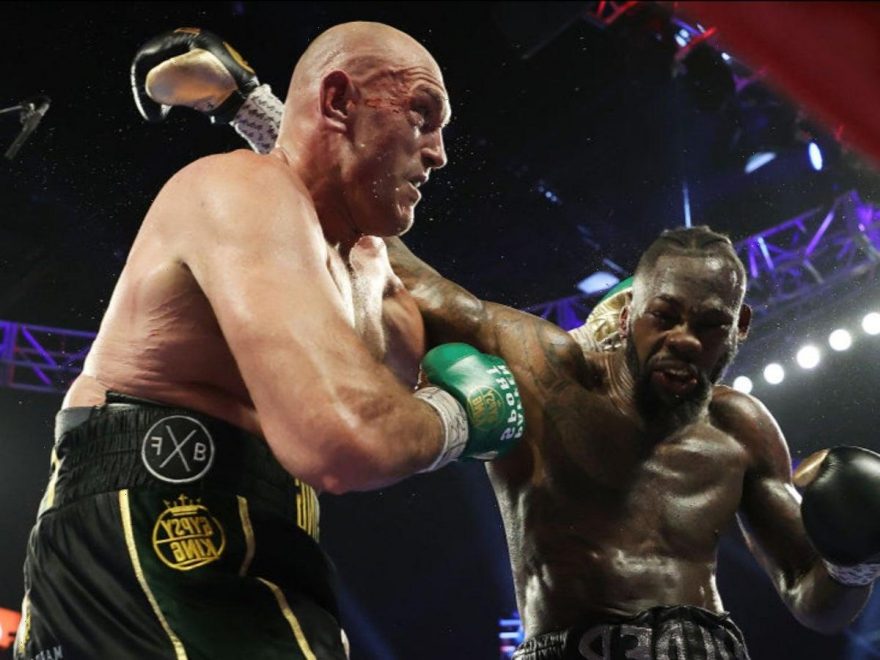 WBC champ Fury had looked close to finalising an all-British bout with Anthony Joshua, holder of the WBA, IBF and WBO crowns, to put all four world titles on the line in Saudi Arabia.

But it is instead a trilogy fight with Wilder that is now on the cards, with Top Rank Boxing posting a video of Fury signing for the fight in the early hours of Sunday.

“Shall we do it and put him out of his misery?,” the Brit said. “Crack the other side of his skull? Give him another shoulder injury, another bicep injury, a leg injury… the whole lot.

Here is everything you need to know:

When is the fight and where will it be?

The fight is all set for 24 July, with Allegiant Stadium, the 65,000-capacity home of the NFL’s Las Vegas Raiders, the venue.

What happened in the previous fights?

Fury first took on the then-defending WBC champion in Los Angeles in 2018, with the Bronze Bomber retaining his strap after a controversial split decision draw

Fury then sensationally knocked Wilder out in their rematch in Las Vegas in February 2020 in what proved to be his last action in the ring.

Fury had announced in May that the British pair would clash in Saudi Arabia on 14 August but he has now been told he must undertake a rematch against Wilder first.

Attempts to secure a third fight were complicated by an injury to Wilder, an absence of available television dates and the Covid pandemic prompting Fury to move on based on the assumption that any agreement had expired.

Judge Daniel Weinstein has now upheld Wilder’s claim that he is contractually due a rematch with Fury, which must take place before 15 September this year.

Joshua is now set to take on WBO mandatory challenger Oleksandr Usyk instead with a fight likely to come in mid-to-late August.

All odds via Paddy Power