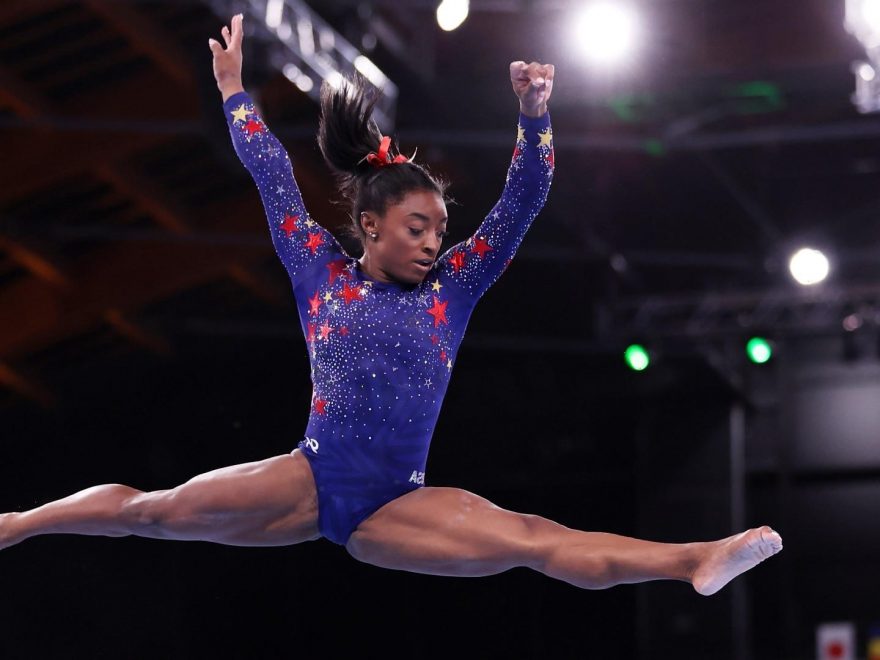 Simone Biles’ Olympics are not over yet. The 24-year-old American gymnast is returning to the floor for the first time since withdrawing from the team final due to a case of the “twisties.”

USA Gymnastics confirmed on Twitter that Biles would return to action after missing the previous three event finals and all-around final.

Now, Biles will look to earn her first gold medal of the 2021 Summer Games. She will also look to earn the seventh Olympic medal of her career to tie Shannon Miller for the most by a female gymnast in United States history.

This may be Biles’ last time competing on the Olympic stage, so gymnastics fans aren’t going to want to miss her in action. Here’s everything you need to know about how to watch Biles in action and when the final event of her 2021 Olympics will take place.

When does Simone Biles compete next?

Biles will next compete in the balance beam event finals on Tuesday morning. Coverage of the event will begin at 4 a.m. ET on Peacock. The actual event finals will start at 4:50 a.m. ET.

How to watch Simone Biles at 2021 Olympics

NBC has broadcasted all gymnastics events at the 2021 Tokyo Olympics on tape delay and will continue to do so for Simone Biles’ final event. This is due to the 13-hour time difference between the United States’ Eastern time zone and Tokyo. The balance beam finals will air beginning at 8 p.m. ET on NBC as part of the network’s prime-time tape-delay coverage.

How to live stream Olympic gymnastics

Peacock, NBC’s free streaming service, will show the balance beam finals live. Additionally, NBCOlympics.com and the NBC Sports App will also provide live streaming opportunities for the Biles-headlined event. Streaming the event will be the only way to watch it live.

So far, Biles has only competed in one event at the 2021 Tokyo Olympics. She vaulted once during the team competition before withdrawing due to a case of the twisties, a mental issue that prevented her from knowing up from down while airborne. She earned a silver medal for her team’s efforts.

Biles had qualified for the all-around final and the three other event finals on the vault, uneven bars and floor exercises. However, she didn’t participate in any of the individual finals. Still, Team USA saw one of its gymnasts medal in each of the events.