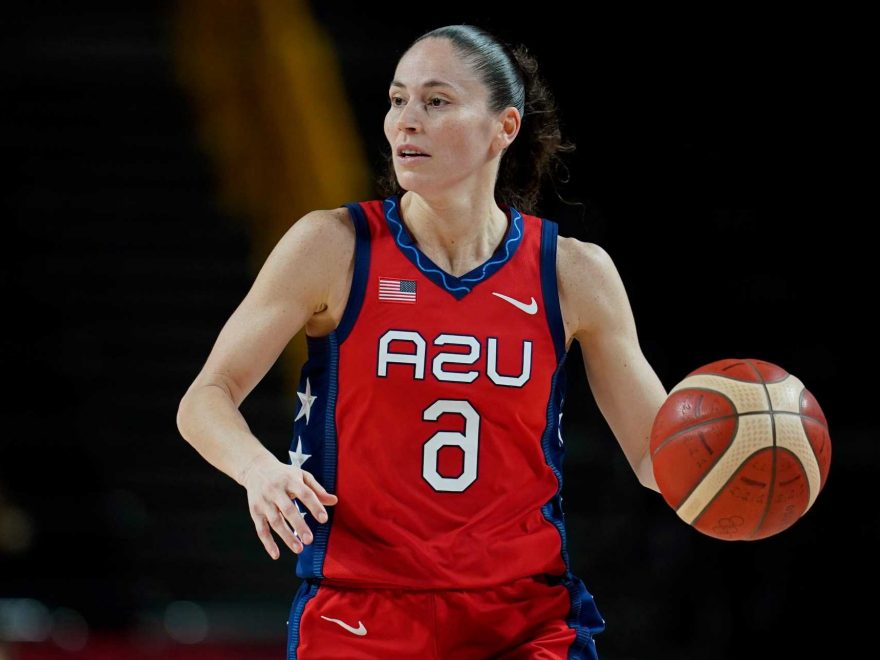 US woman goes from babysitter, barista to unexpected medalist

Here are the things $15.4B could have funded instead of the Tokyo Olympics

US men’s track wins a gold to avoid ugly history

As the Tokyo Olympics finishes off its final events, there are still four more events Team USA can medal in. In many, the Americans are expected to take home the gold.

Day 16 will mark the final day of Olympic competition, and will finish off with the closing ceremony. It will begin on Saturday night in the United States and continue into Sunday morning.

Here are the major Olympic events that will take place on Sunday, Aug. 8:

The U.S. women’s basketball team is going for its seventh consecutive gold medal when it faces Japan on Saturday. Led by five-time Olympians Sue Bird and Diana Taurasi, this roster is made up of some of the WNBA’s best.

Team USA has gone unbeaten in Tokyo and Friday’s 79-59 semifinal win over Serbia was no different. The U.S. squad picked up its defense during that matchup and is now primed to face Japan, which it defeated 86-69 during the group play round.

The U.S. women’s volleyball team avenged its 2016 semifinals loss to Serbia with a triumphant 3-0 victory to bring the world No. 1 Team USA to the final. Now, the stars and stripes will face a bigger challenger in Brazil, who the U.S. has competed against for a gold medal in three of the last four Summer Games.

The Americans lost to Brazil in 2008 and 2012 but after shutting out six of its Olympic competitors, this volleyball team – made up of a good mix of veterans and first-timers – may finally win the gold.

In the four weight classes that will have gold medal bouts on Sunday, Americans will be competing in two of them. Richard Torrez Jr. will be fighting for the super-heavyweight boxing title against Bakhodir Jalolov of Uzbekistan at 2:15 a.m. Keyshawn Davis will be competing in the lightweight final against Armenia’s Hovhannes Bachkov at 1:15 a.m. It’s been 17 years since an American has won a boxing title at the Summer Games.

The Tokyo Olympics will officially end with the closing ceremonies. A large percentage of the Olympians have already left Japan, so it will not be the star-studded event that the Opening Ceremony was. The live showing of the Closing Ceremony will take place at 7:00 a.m., and a re-run will air Sunday night at 8:00 p.m. on NBC.