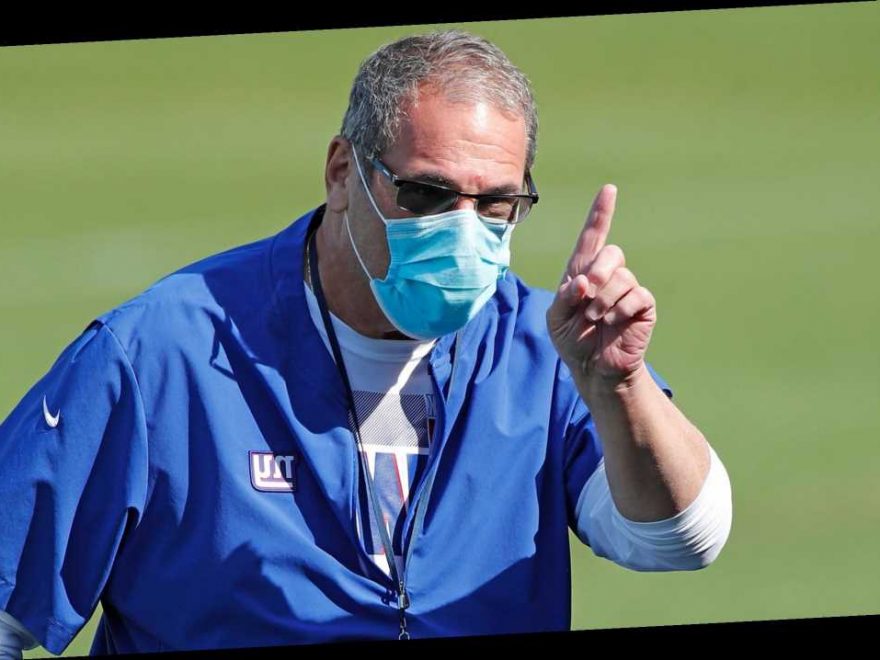 Giants not giving up hope of bringing back this veteran

Post sports reporters remember when COVID-19 took over: ‘I had no clue’

The Giants are masters at figuring out how to get younger on the offensive line.

Getting better is the difficult part.

Just when it looked like the offensive line wasn’t going to be a major offseason emphasis for the first time in a decade, the Giants cut right guard Kevin Zeitler for $12 million in salary cap savings to be directed at pass-rusher Leonard Williams’ franchise tag. Nate Solder could be gone, too, if the sides don’t quickly come to terms on a restructured contract — an opportunity that never was presented to Zeitler, a source told The Post.

The Super Bowl 60 champion Giants look back on 2018-20 drafts as the foundation for their 2025 championship. All five homegrown linemen came together then — drafted in the first, second, third and sixth rounds, and completed by an undrafted gem — and grew to be a better sum than individual parts. Just like general manager Dave Gettleman envisioned when he promised to prioritize fixing the line in December 2017.

That’s the dream, anyway. Borrowed from a similar blueprint the Giants used during their last two Super Bowl wins.

The Giants finally have a nucleus capable of fulfilling the football adage that lines need time and patience to build chemistry. All five starters (outside of Solder) are age 25 or younger and combined will count for just $15.5 million against the 2021 cap, compared to Solder’s pre-restructured $16.5 million charge. Hernandez is entering his walk year, but the other four are signed for at least two more seasons.

And there’s opportunity to provide competition. The COVID-19-caused salary cap plummet from a projected $210 million to $182.5 million caused the Giants to pick their best defensive lineman over their best offensive lineman.

Zeitler is one example of a league-wide bloodletting this week. Opportunity exists to find two quality veterans for the price of his $12 million salary, especially if Gettleman-connected Pro Bowl guards Trai Turner and Andrew Norwell hit the market. A quality left guard could help Thomas reach the next level, after a mostly strong finish.

“While he struggled, especially at the beginning of the season, he showed me enough growth and improvement during the season to be optimistic about his future,” NFL Network analyst Joe Thomas, a future Hall of Famer, told The Post. “I believe he still has a chance to be a franchise left tackle, but it’s going to take work and continued improvement.”

Here’s another way to see the starters: Thomas allowed the second-most pressures (57) in the NFL, Hernandez lost his starting job midway through last season and didn’t play in the finale, Gates was the No. 27-ranked center by Pro Football Focus, Lemieux was the NFL’s lowest-graded pass-blocking guard, Peart has one career start, and Solder allowed the third-most sacks in the NFL (11) when he last played in 2019.

If the goal of the Giants’ season — as it should be — is to come away with a definitive answer to whether Daniel Jones is the franchise quarterback or needs to be replaced, that line is capable of imploding and creating the excuses the Jets are left weeding through this season when determining Sam Darnold’s future.

You get what you pay for.

While an unexpected number of starting-caliber linemen are available and the oversupply could drive down the free-agent price, the Giants still must make the right decision weeding through the masses for an upgrade.

Faith could be misplaced given recent offensive line miscalculations — Solder and Patrick Omameh were free-agent busts in 2018, and neither Hernandez nor Thomas has lived up to his draft status thus far — and a track record of overreliance through the post-Super Bowl years on marginal additions Jon Halapio, Spencer Pulley, Jamon Brown, Brett Jones, Marshall Newhouse, J.D. Walton and Bobby Hart.

Resources devoted to the line yet again detracts from the ability to address other pressing needs for a No. 1 receiver, bona fide pass-rusher and a NFL-caliber No. 2 cornerback.