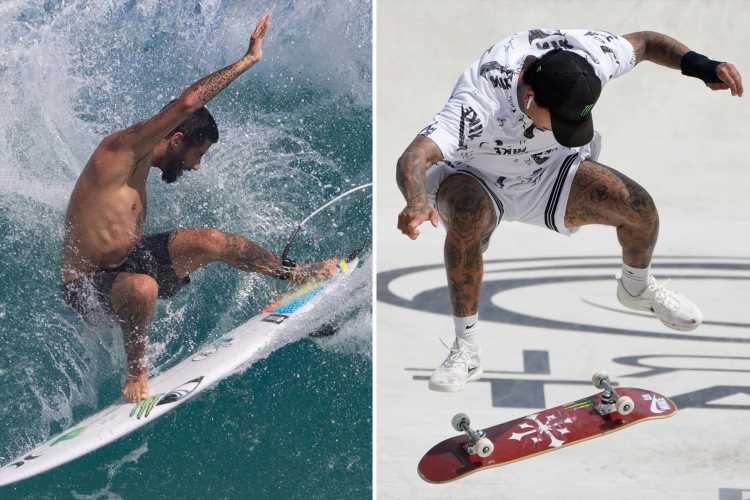 SURFING, sport climbing, skateboarding, baseball and karate are all on the cards as new sports included for Tokyo 2020.

The International Olympic Committee considered multiple factors when deciding which sports would make the cut. 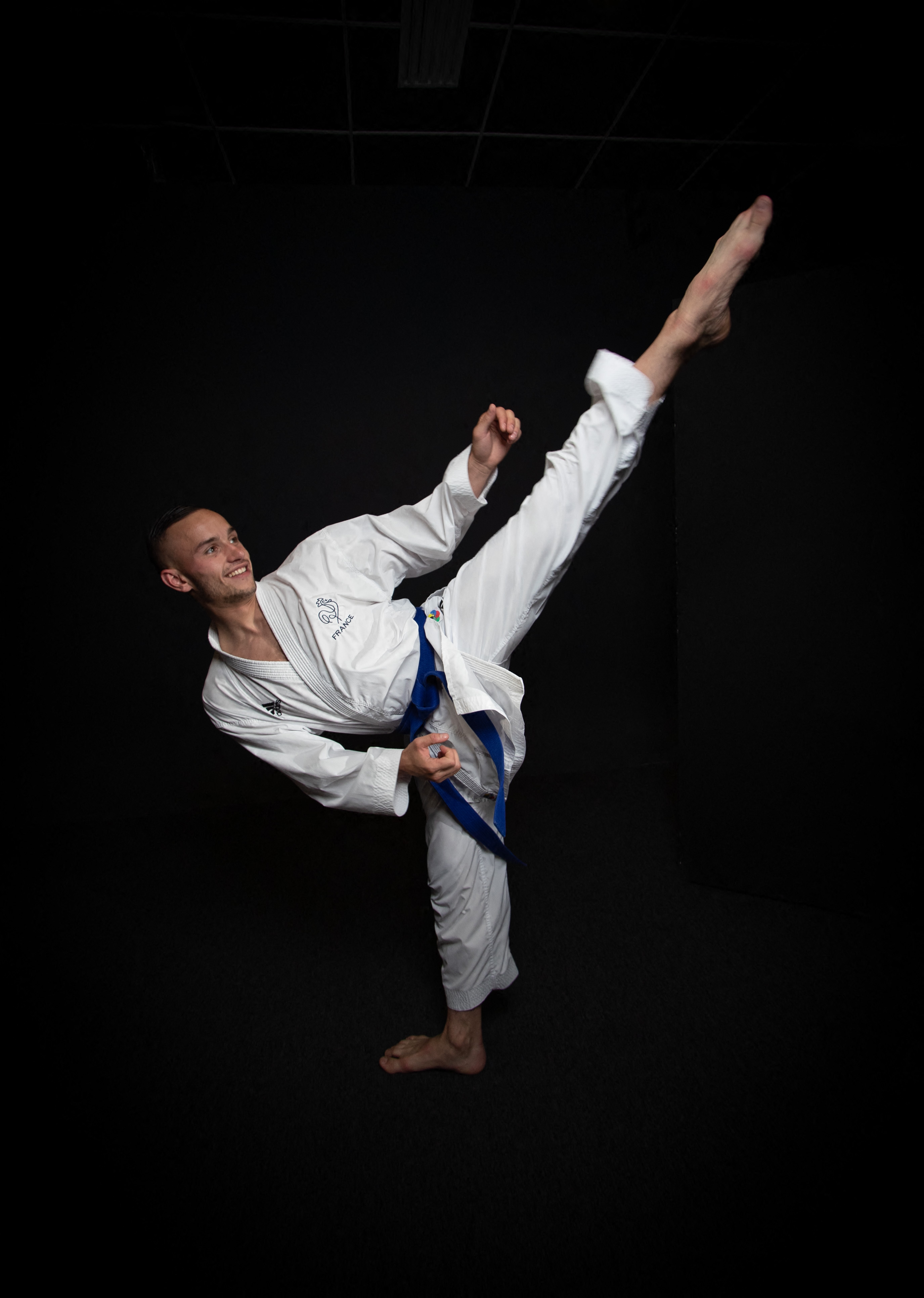 Those include the impact on gender equality, the youth appeal of the sports and the legacy of adding them to the Tokyo Games.

Weirdly, Karate is only making it's debut at Tokyo 2020, joining other MMA sports such as Taekwondo, Judo and Wrestling.

Karate will consist of two disciples for both men and women – kata (forms) and kumite (sparring).

In Kata, athletes must demonstrate a series of offensive and defensive techniques against a virtual opponent as they are judged on speed, strength, form, rhythm, balance and power, using a points system.

In kumite, two opponents from the same weight class face off in an 8 by 8 meter area for 3 minutes.

The competitors are awarded points based on offensive strikes, kicks or punches with good form, power and precision on the target area of their opponent's body.

The person with the most points at the end of the match or the first person to amass an eight-point lead is declared the winner.

Sport climbing's addition to the Olympics is arguably one of the most deserved.

The International Federation of Sport Climbing (IFSC) website says the sport is enjoying an increase in popularity, with an estimated 25 million people across the world climbing regularly – and a further 1,000 people trying climbing for the first time, every single day, in the United States. 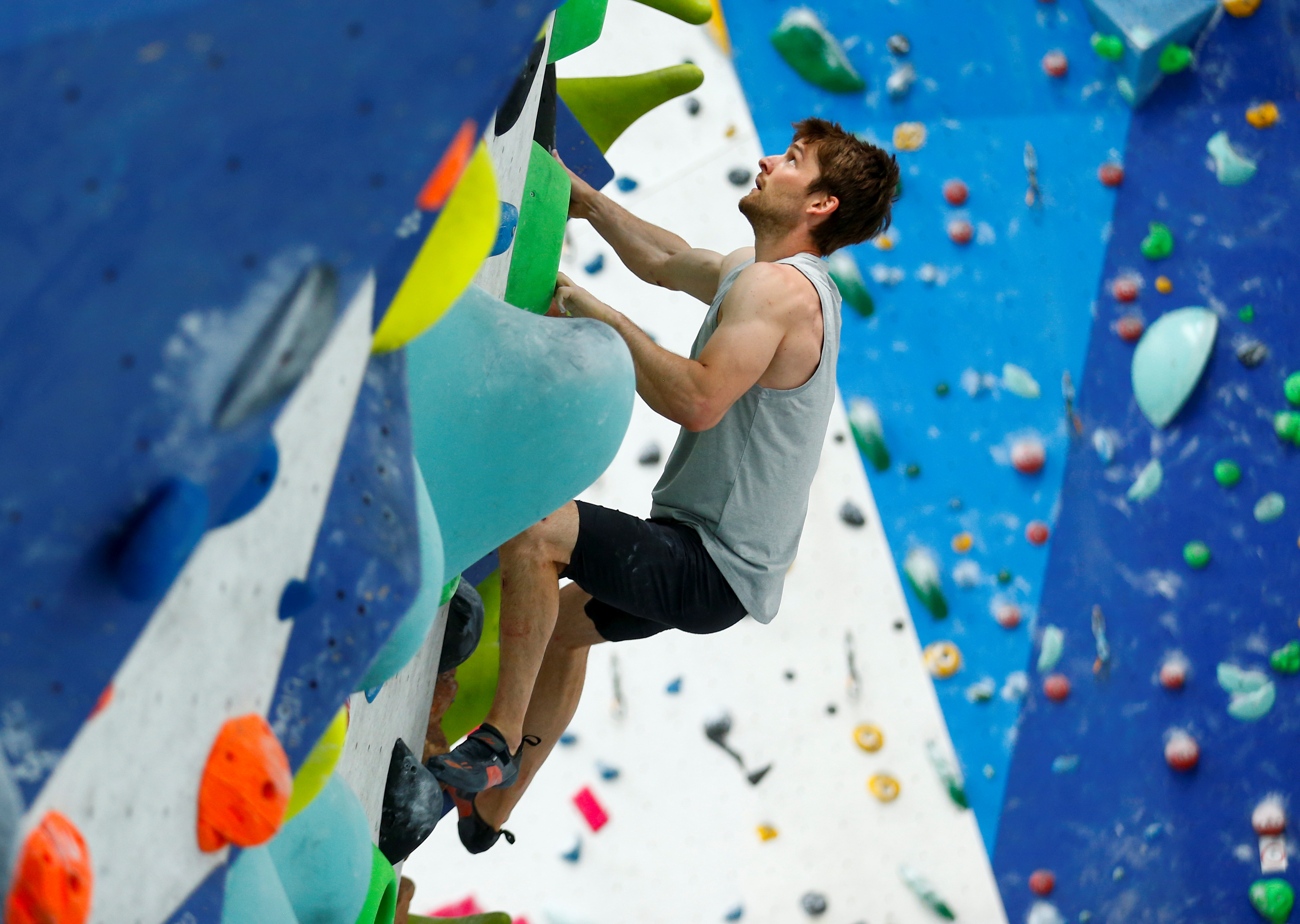 In speed climbing, two athletes secure themselves to ropes and race each other on a fixed route to the top of a 15-meter high wall.

In bouldering, climbers scale as many fixed routes on a 4m wall as possible within four minutes — without safety ropes.

In lead climbing, athletes will try to climb as high as they can on a 15-meter high wall within 6 minutes and if two people reach the same height, whoever did it fastest wins.

Surfing will make it's debut on the real waves at Shidshita beach, 40 miles outside of Tokyo on Japan’s pacific coast.

The competition will use a four-man heat structure with 20 men and 20 women competing in separate divisions against each other, with four athletes surfing at the same time. 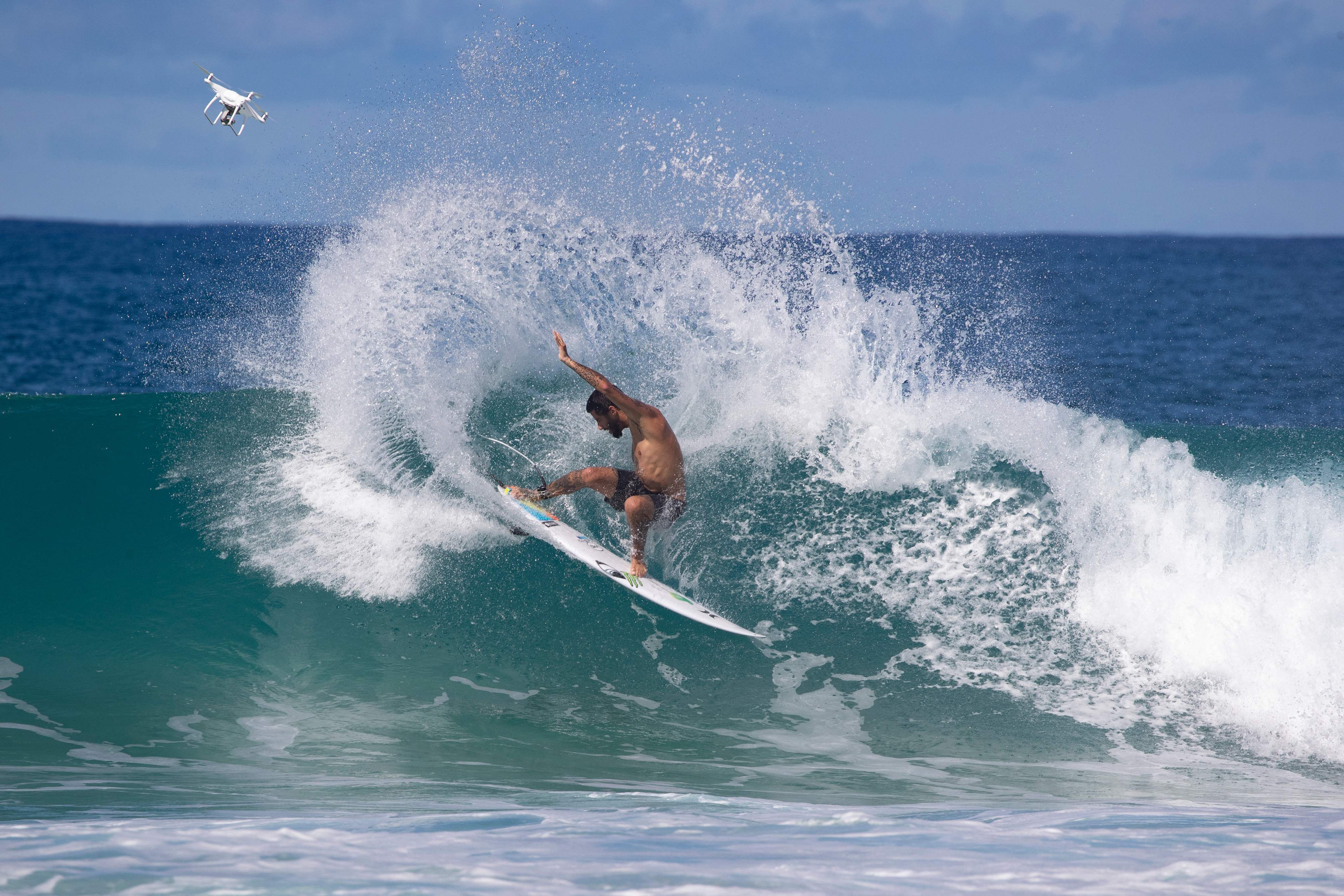 Each heat lasts 20 to 25 minutes, depending on the quality of the waves andhe best two of each heat continue to the next round.

Each wave can only have one rider and instead of being judged on how many waves they catch, the athletes are judged on the difficulty of the manoeuvres they perform, with masterful execution on large waves bringing the highest scores.

Riding as many waves as possible and performing loads of tricks is not going to pick up the highest score tally, however a variety of dynamic moves on large waves is the way to win gold.

One of the cool niche sports making it's debut.

Men's and women's Olympic skateboarding will consist of two events: park and street. 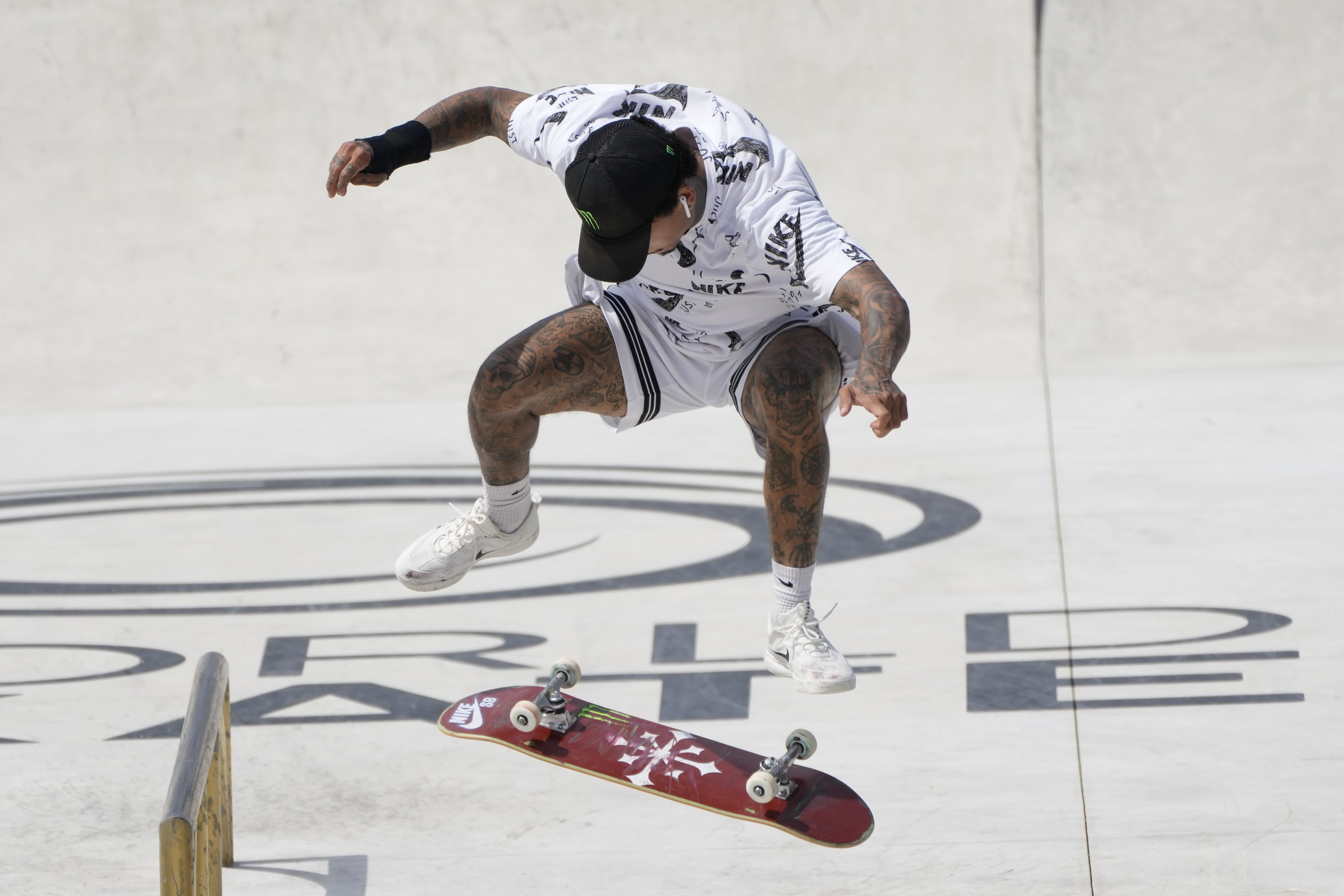 In the Street event, the competitors perform individually and show off their skills or ‘tricks’ on stairs, handrails, curbs, benches, walls and slopes.

Athletes skate individually and get three timed runs as they are scored on the difficulty of their tricks, speed, height and originality.

Only their highest-scoring run is taken into consideration for overall rankings.

The park event takes place on more of a bowl-shaped course as competitors must approach curves at speed, performing mid-air tricks which are judged upon difficulty, originality and execution.

Baseball and softball has only missed the last two summer Olympics, although it is returning for Tokyo.

There are two teams of nine players who aim to score the most ‘runs’ by hitting a ball and running around a sequence of bases to reach the ‘home plate’. The teams take it in turns to bat and field, these are called ‘innings’. 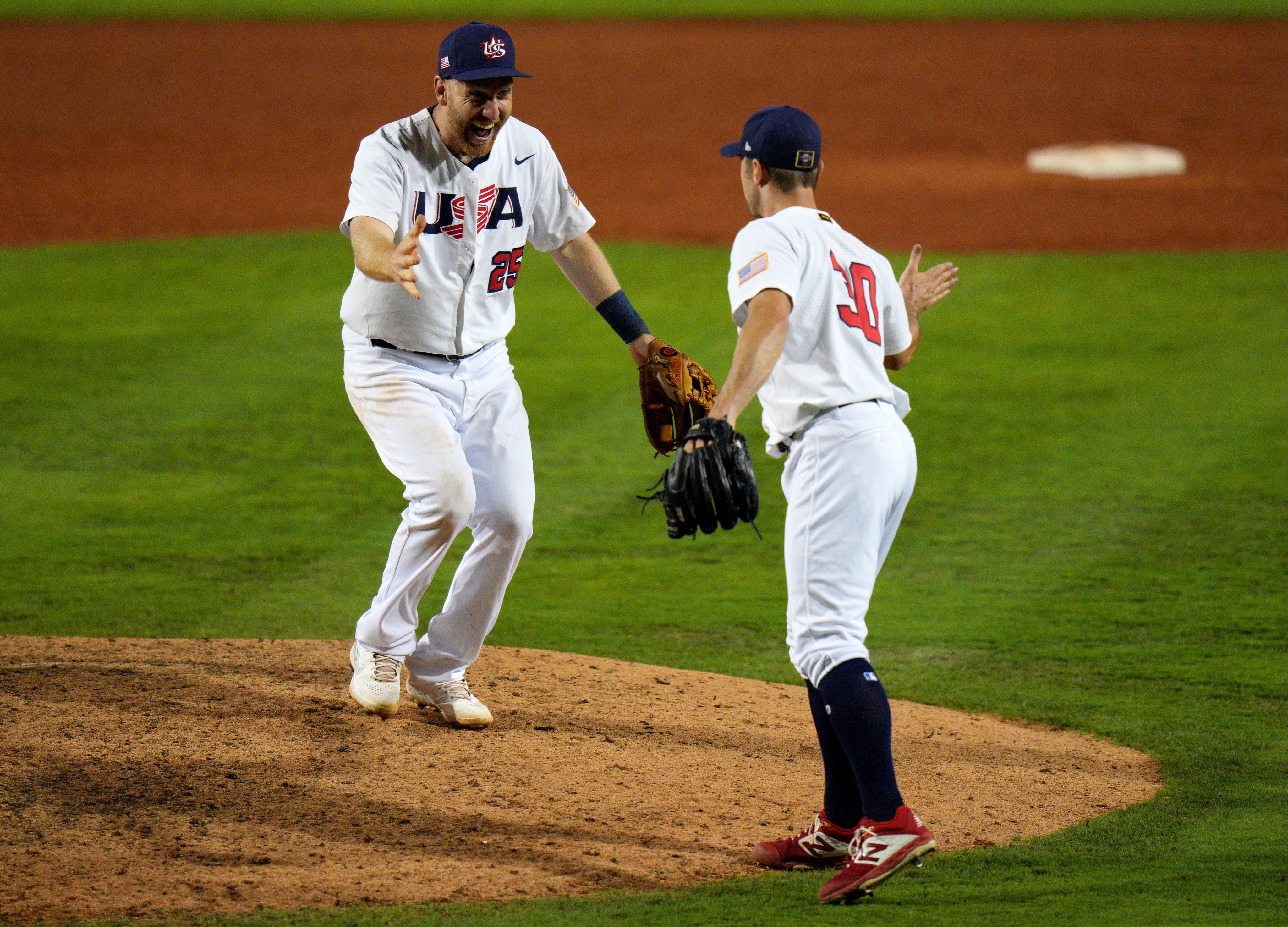 They then switch with the opposite team when they run out of players, taking turns in batting and fielding.

The team with the most runs after nine innings of alternate batting and fielding wins.

Softball is very similar to baseball in the sense that it is the same rules but with a much larger ball and that the pitcher must throw underhand – this means the ball is released while the wrist is passing the side of the body.

The bats used in softball also tend to be smaller in diameter, shorter and lighter.

What sports have been removed?

Since the first modern Games in 1896, 12 sports have disappeared completely from the Olympic schedule:

Golf and rugby, which were previously listed here as discontinued have made a surprising and worthwhile comeback as they were voted back in as official sports for Rio 2016.