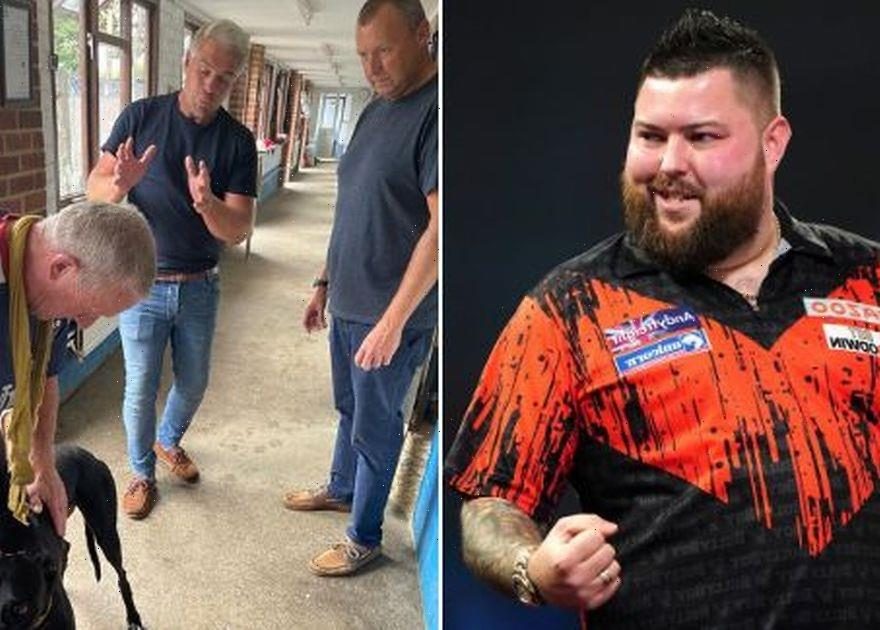 A greyhound named after Wayne Mardle’s iconic piece of commentary during the World Darts Championship final is one step closer to taking to the track.

Mardle’s calling of Michael Smith’s magnificent nine-darter against Michael van Gerwen, in which he uttered the phrase ‘I can’t spake’, went viral and has been viewed more than 20 million times on PDC platforms alone. The line was a nod to a legendary piece of rugby league commentary by Mick Morgan during a Castleford match in the 1990s.

The piece of commentary and Smith’s World Championship success led to a suggestion that dog-lover Mardle and Bully Boy purchase a greyhound and call it ‘I Can’t Spake’. And just two weeks on from that memorable final, Mardle and Smith are close to being in possession of a new racing hound, with the search well underway.

“A friend suggested Michael and myself should buy a greyhound and name it after the commentary,” said Mardle. “It’s a fantastic idea and Michael was onboard straight away.

“We hope to find an Open race quality greyhound so it can run in major races and competitions and we’re already on the lookout for our own superstar.”

Mardle has already been in the winners' enclosure this year. The 49-year-old could not hide his delight when ‘Why Wasn’t I Told’ won an A2 contest and £160 in prize money at Oxford Stadium on her race debut for trainer Matt Dartnell.

Born in March 2021, the greyhound is named after another of Mardle’s iconic onscreen moments when he gave an unfortunate television interview after losing at the Masters of Darts without realising he was being filmed live.

Describing himself as a dog man at heart, the former World Championship semi-finalist revealed his lifetime passion for the sport and hopes his forthcoming purchase will inspire a new generation of race-goers.

“Greyhound racing was my full-time hobby growing up,” said Mardle. “It’s a great sport which has always interested me and during the 90s I used to visit Romford four times a week.

Will you be rooting for 'I Can't Spake'? Tell us in the comments section below

“I was so obsessed I could name every dog on sight as soon as they arrived at the stadium with their trainer. I’m a dog person and love being around them.

“Greyhounds are such fantastic animals. They’re well-behaved, chilled, relaxed and make brilliant pets in retirement. I’ve got a 100% record at Oxford this year, so there’s no pressure.”