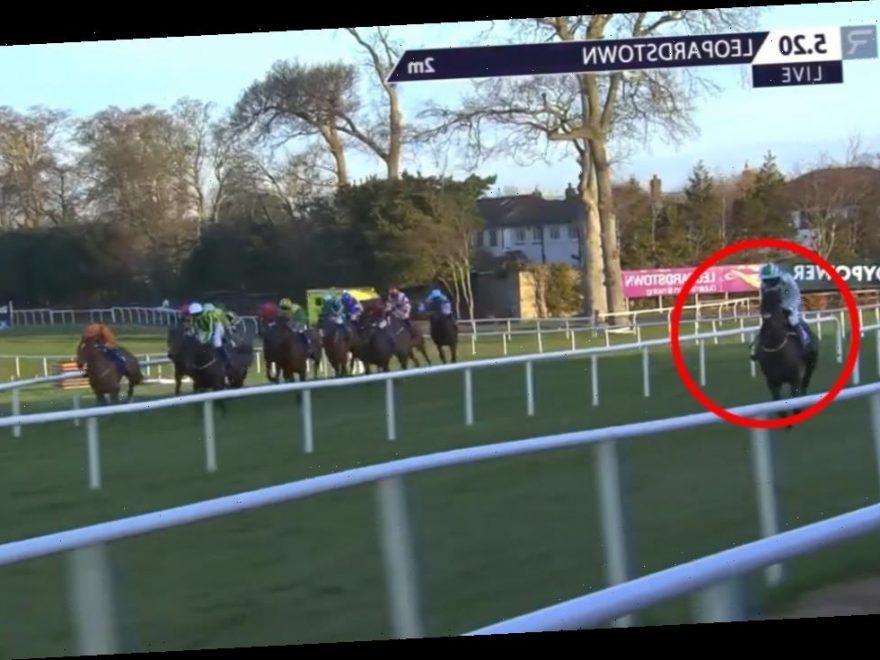 THIS is the astounding moment a horse miles clear of his rivals takes the WRONG course and ends up losing after looking a certain 25-1 winner.

Amateur jockey Aaron Fahey was subsequently banned for his ride and said a 'lack of energy' stopped him keeping the horse on the right path. 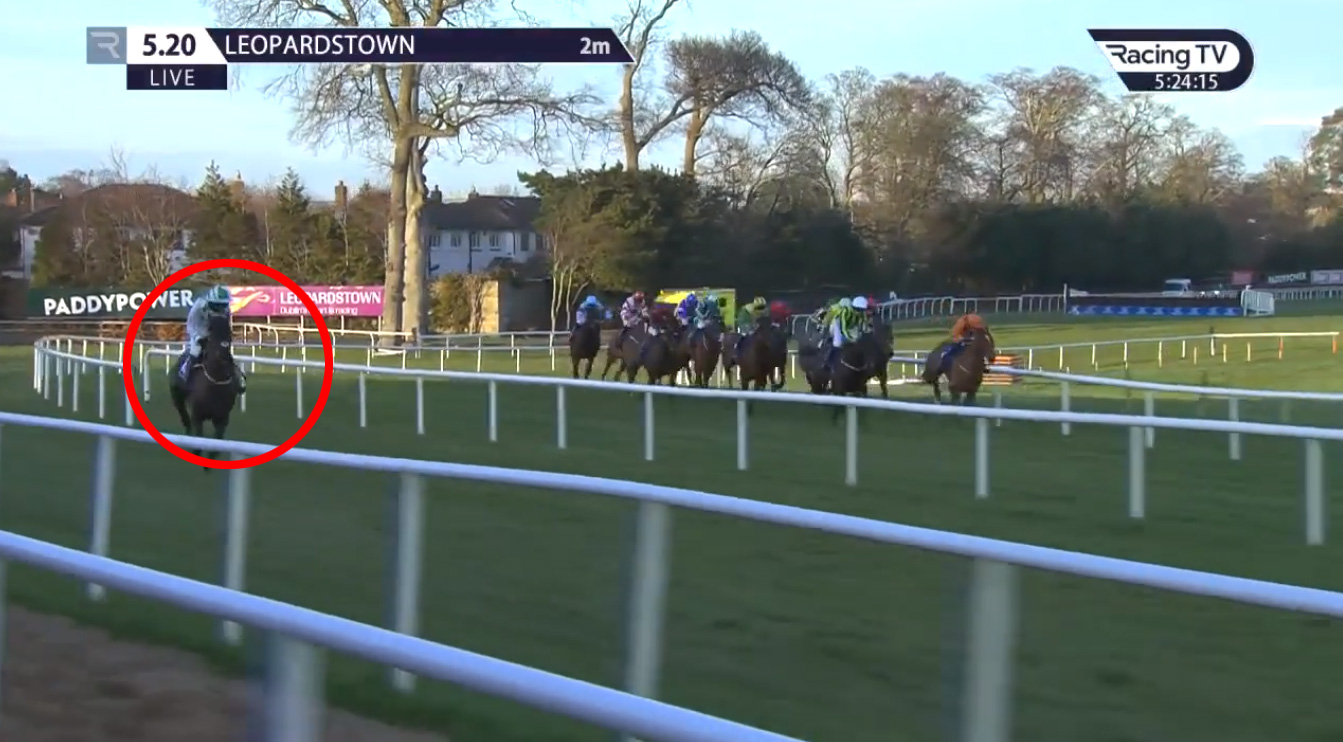 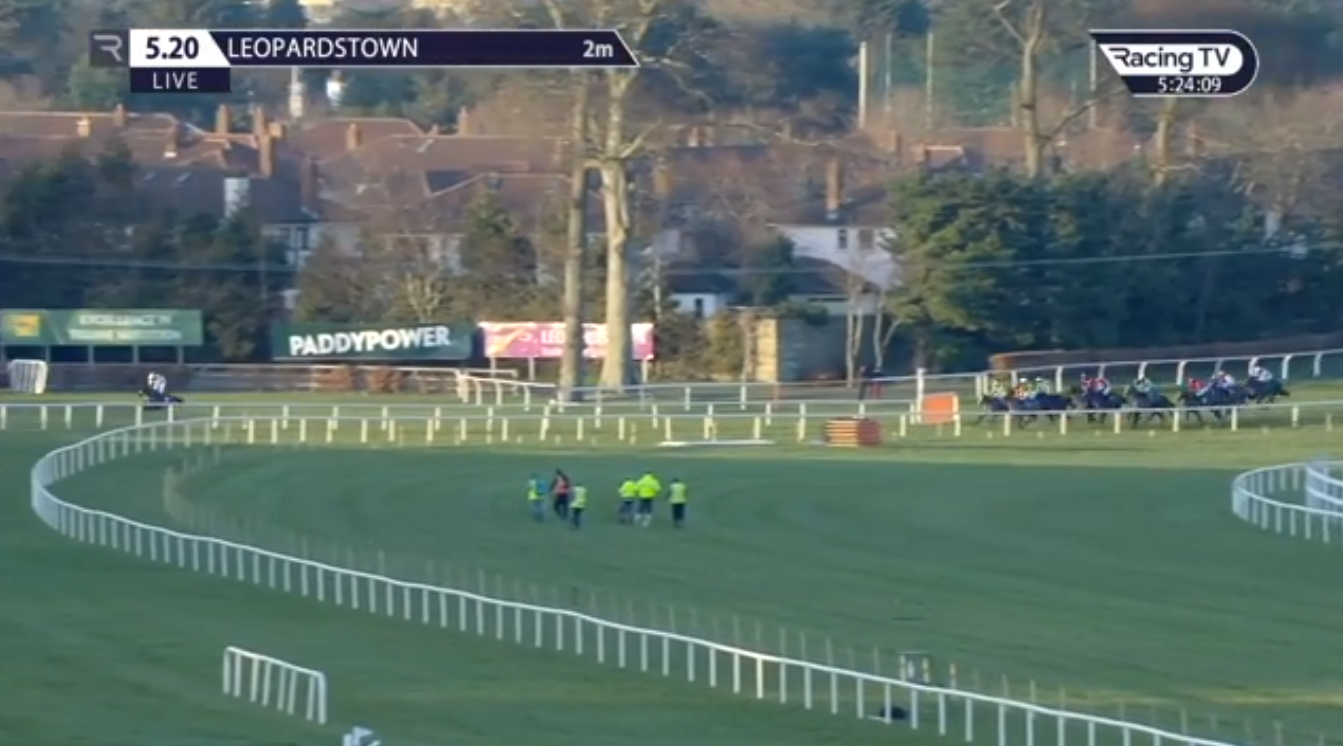 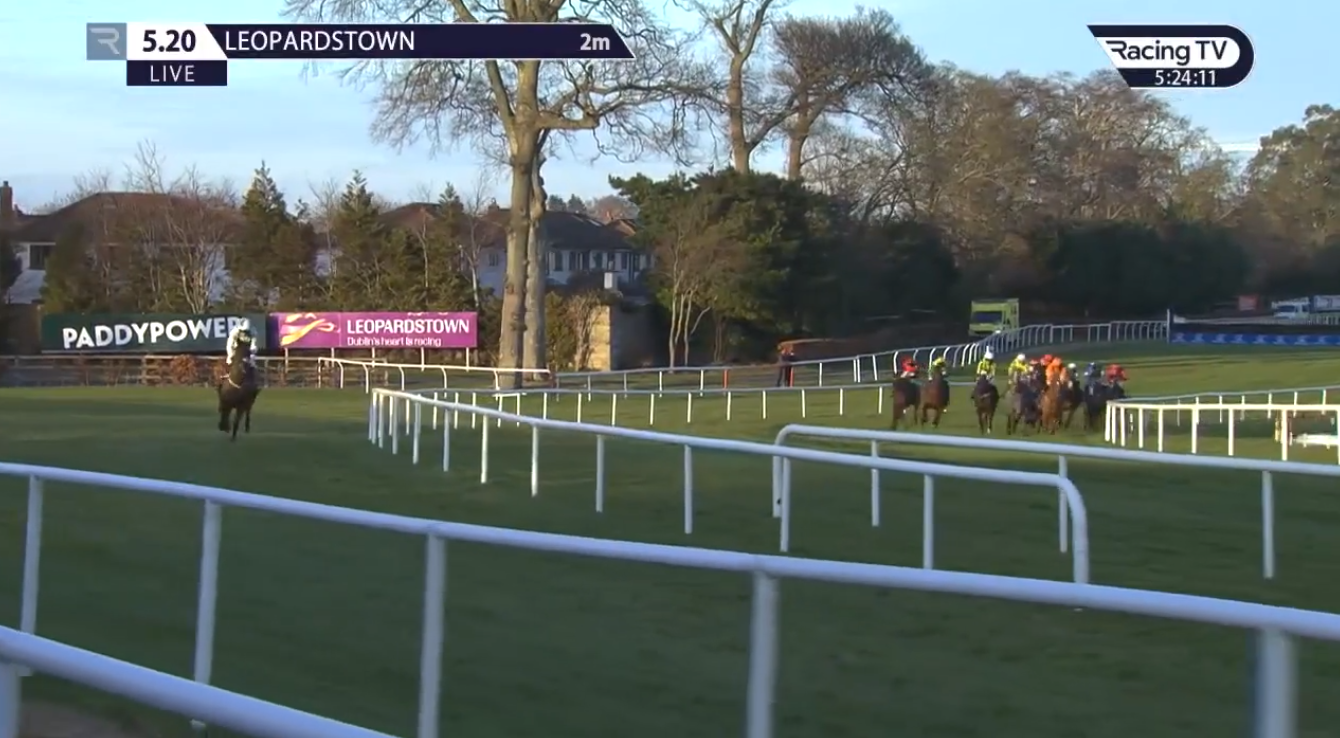 Lake Winnipesaukee was absolutely cruising and appeared in no trouble at all with just three furlongs left of a race in Leopardstown, Ireland.

Paddy Power: New Customer Offer. Place a £5 single racing bet, min odds 1/5 (1.2) and get £20 in free bets. You will also get an additional £5 in free bets for each day of the Cheltenham festival (£40 in total). Only deposits made using cards or Apple Pay will qualify for this promotion. Free bets will be awarded after the qualifying bet has been settled and are valid for 30 days. T&Cs apply. Paddy's Rewards Club: Get a £10 free bet when you place 5x bets of £10+. T&Cs apply. 18+ Begambleaware.org

The 25-1 outsider – making his debut – was at least 13 lengths of clear of rivals and appeared to have an easy run to the post in the 2m Flat race.

But disaster struck when the amateur jockey took the horse down the wrong course.

All the other runners continued on the correct track and the race was won by 5-2 shot Dark Raven.

Fahey was banned for two weeks after the race.

The horse was trained by his dad Paul.

The Racing Post report that Fahey told stewards his mount had been too strong.

They report he said the 'saddle had slipped forward' and 'through a lack of energy he was unable to steer his mount around the final bend and onto the correct course'.

However, the stewards found that Fahey had been negligent and failed to attain his best possible placing in the race.

Paul said afterwards of the four-year-old horse: "He is a difficult horse and we haven't been able to run him in a schooling race.

"This is the first day he was among horses on an open track.

"He did get very wound up and I don't really know what happened turning in.

"It's just one of those things and hopefully everyone will learn."

Punters were absolutely stunned by what they had witnessed.

One said: "That last race at Leopardstown was a calamity."

Another posted: "OK maybe not a good end to the day. Lake Winnipesaukee who I had each way has just took the wrong course coming round the bend when 15 lengths clear. What the f***."

Another said: "Oh no what a disaster."