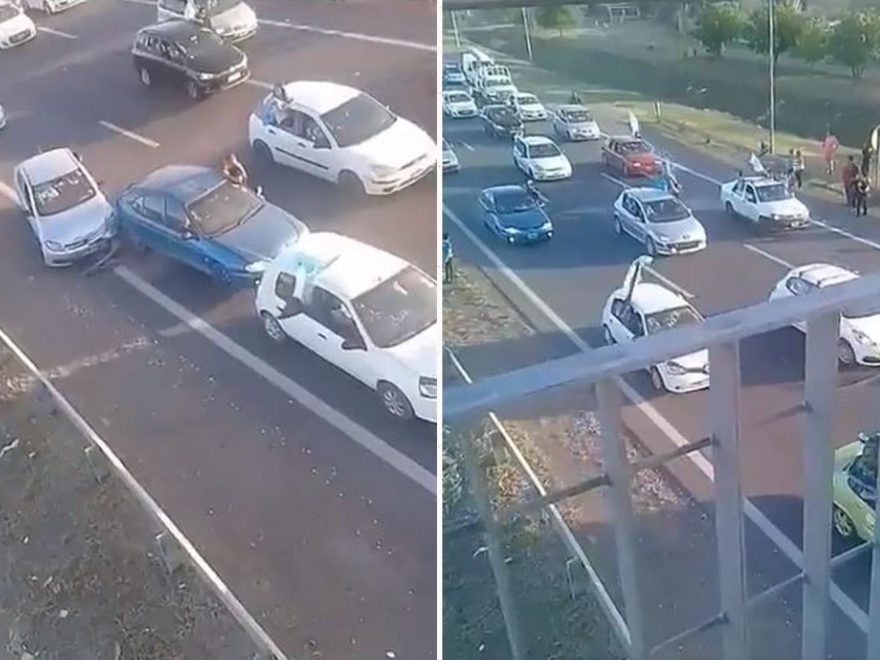 FANS of Argentine club Club Atlético Belgrano were involved in a shock car crash while celebrating the club's promotion. 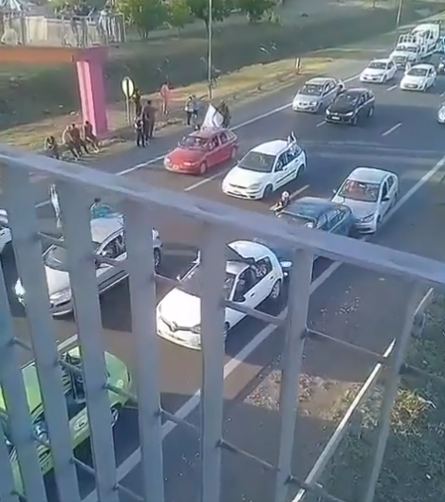 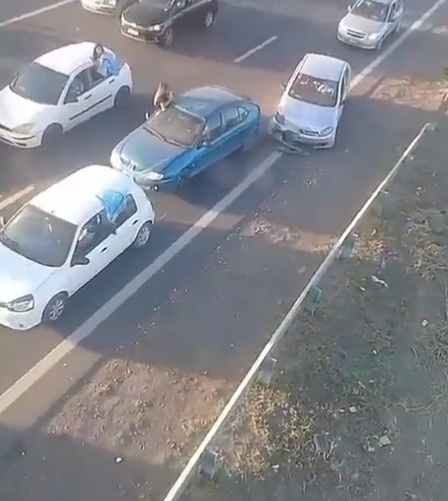 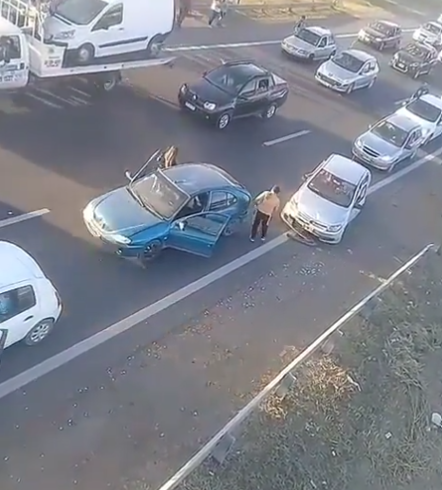 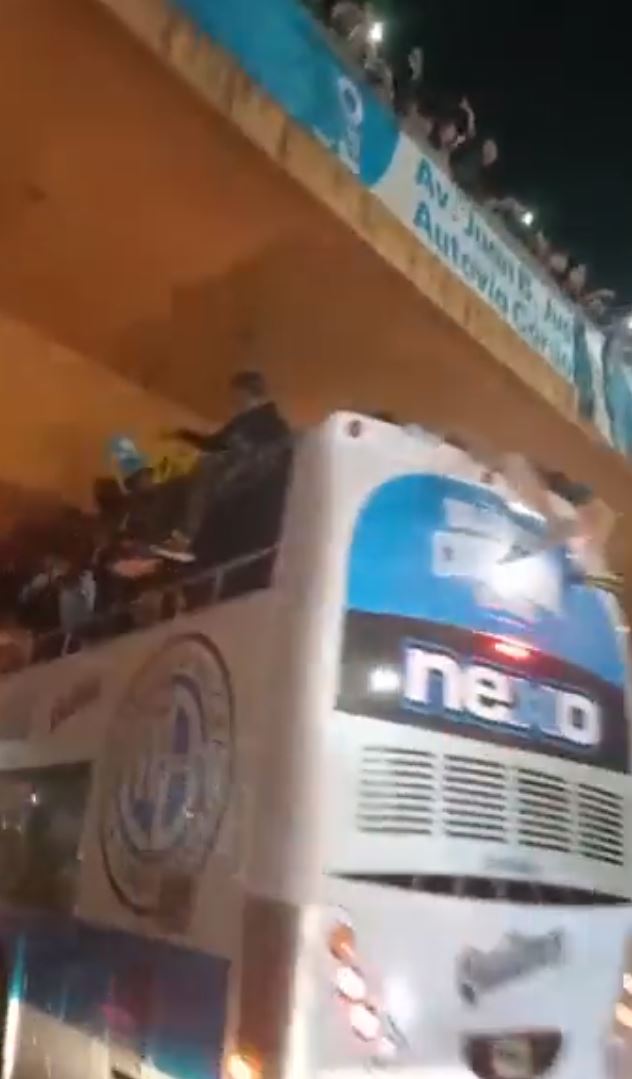 Supporters poured onto the streets following promotion to the top flight with some waving flags from their vehicles and plenty tooting horns.

One car driving a female fan hanging out of the window was involved in a car collision but she and the other passengers seemed to avoid injury.

The car stopped suddenly to avoid crashing into the car in front – only for the car behind to slam into the back of it.

Fortunately, none of the cars involved were driving very fast so no lasting damage was caused to the vehicles or the people involved. 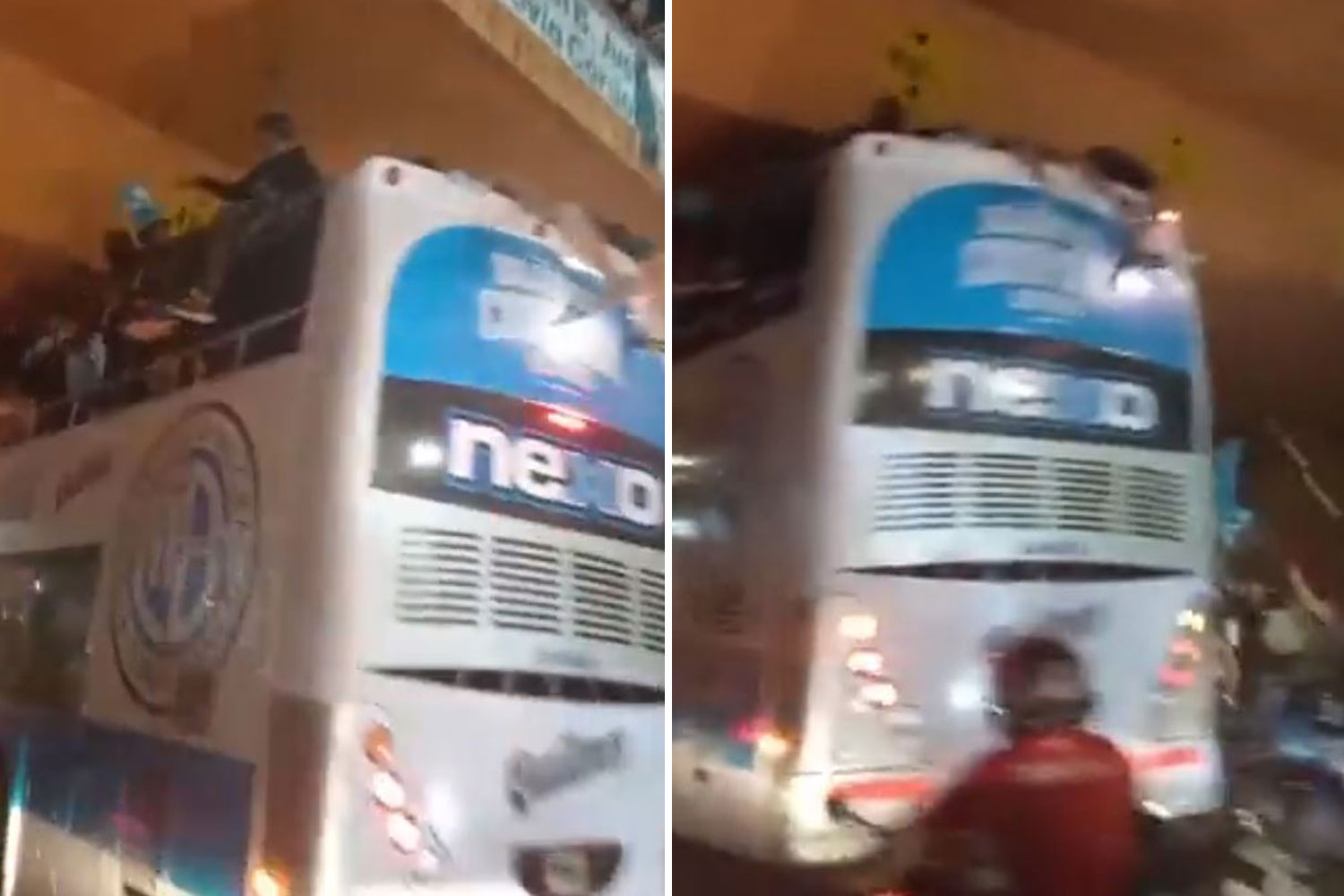 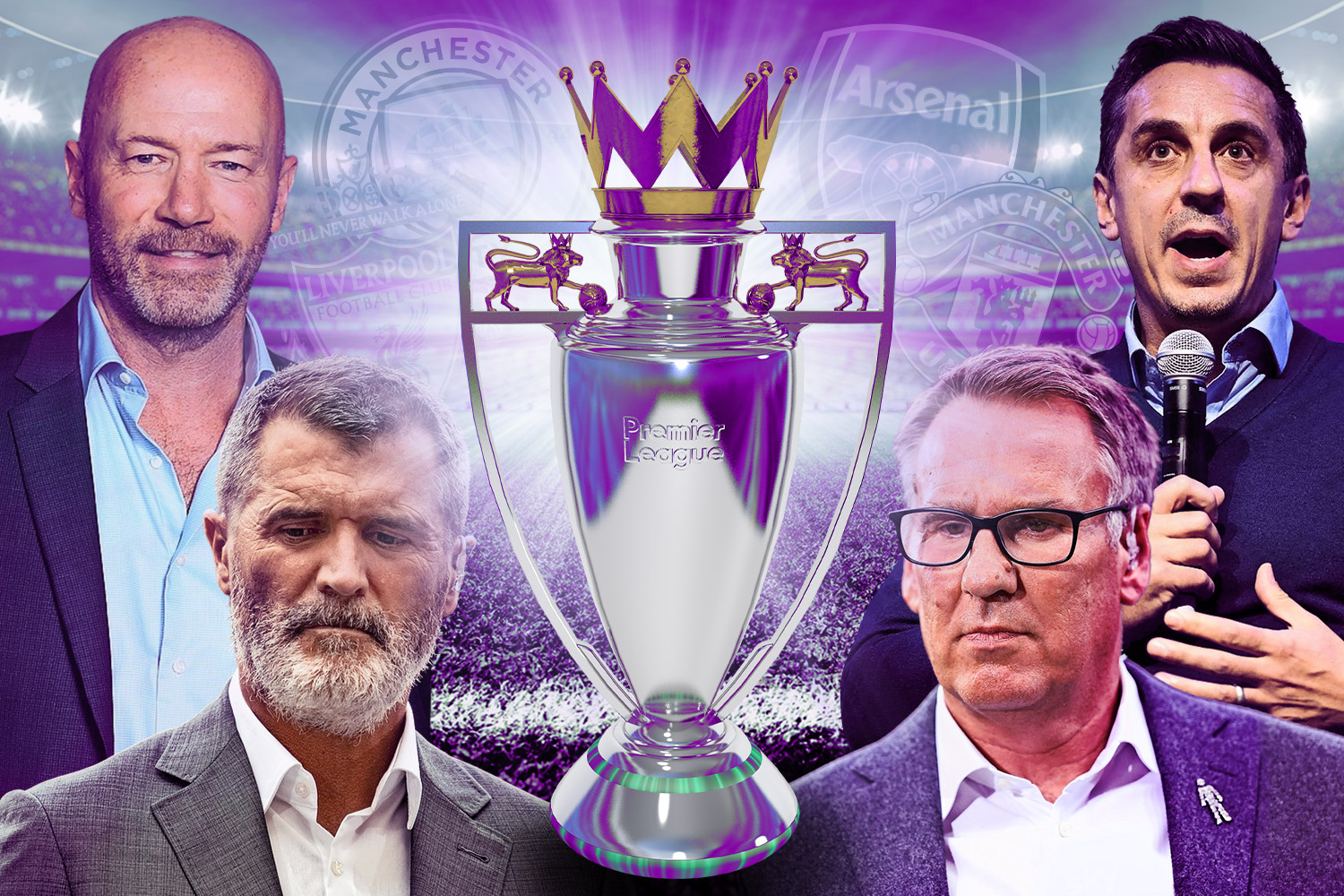 But it is not the first accident to have happened during Belgrano's promotion celebrations.

An open-top bus parade nearly ended in disaster after players were almost driven into a bridge.

Fortunately, the celebrating stars managed to duck down enough to avoid being hit and the bus just managed to fit through too.

Fans were left shocked by the video.

One user on social media said: "Whoever plotted that route needs to be fired."

A second user echoed this criticism, adding: "Holy s*** that driver needs to be fired."