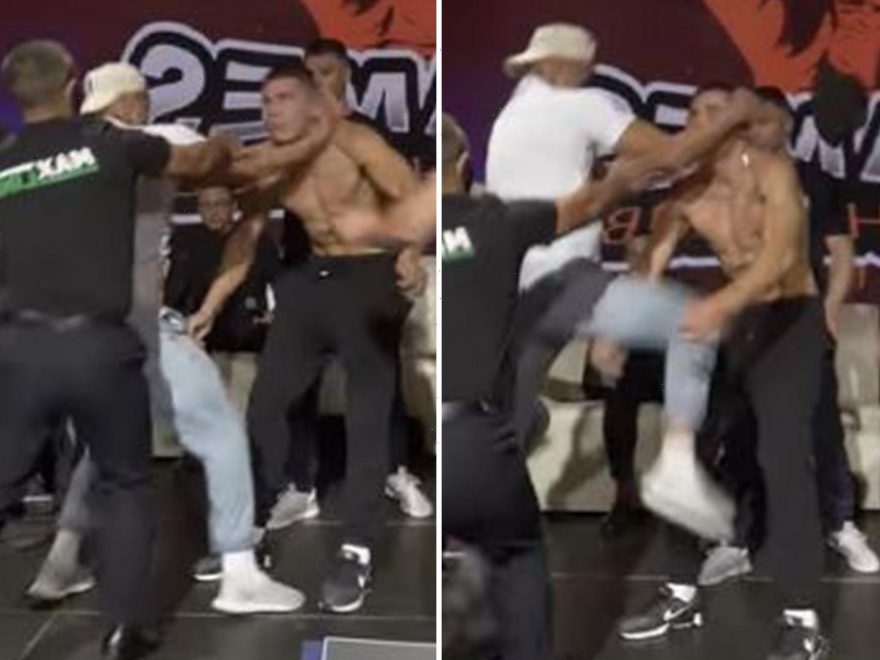 THIS is the shocking moment a fighter KO'd his opponent with a brutal flying knee to the face… at the WEIGH-IN.

The unidentified pair had just started to face off at the Zames Fight Club event in Belarus when one decided he couldn't wait for the octagon to get the bout started. 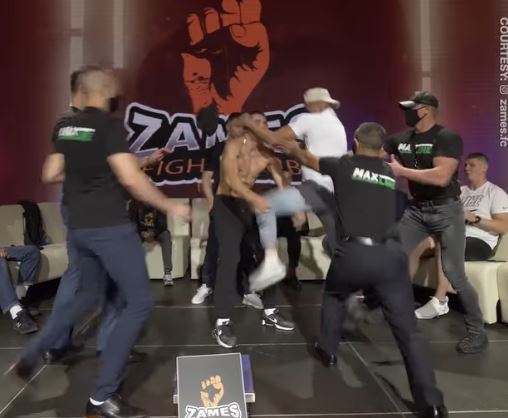 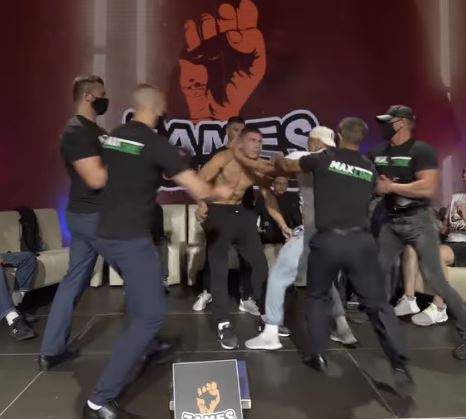 In a clip shared by RT Sports, the aggressor, who was donning an all-white outfit can be seen eyeing his unprepared, bare-chested victim as he was getting ready to stand toe-to-toe with him.

Before the victim could even fix his hat properly, he found himself laid out on the floor from the ruthless assailant's knee.

And the perpetrator then seemed ready to attack again, before security rushed in and held him back.

The savage attack horrified some viewers who called for the fighter to be banned for life.

It is not the first time we've seen stare-downs go awry between fighters.

Ex-MMA star Paige Vanzant was embroiled in a furious bust-up with Britain Hart before her Bare Knuckle boxing debut at Knucklemania.

Vanzant lunged for Hart's throat at their weigh-in after Hart edged aggressively close to her face, forcing security to get in between the pair.

Things also got heated in the sport of boxing when Alen Babic and Mark Bennett got into a SLAP fight at their weigh-in this month.

And if it wasn't for security intervening once again, the pair's slaps could've led to an all-out brawl.

Even the usually composed Anthony Joshua lost his cool at his weigh-in with Kubrat Pulev before their heavyweight bout in December last year.

After a war of words with the Bulgarian, AJ placed his hand on his opponent's shoulder and it seemed like all hell was about to break loose.

But in the end, they just traded barbs and AJ called Pulev a 'p***y.'