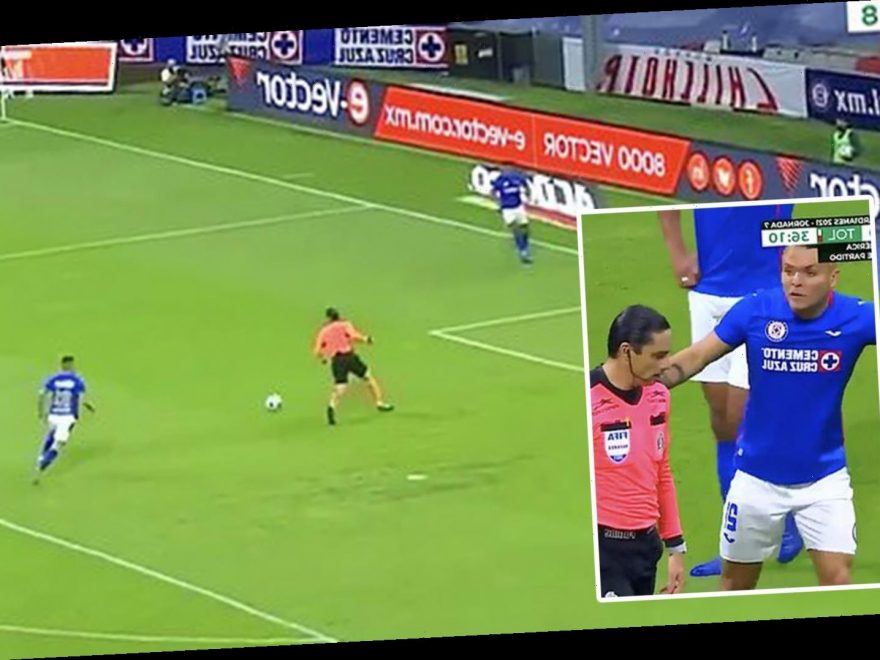 A MEXICAN referee made an incredible SAVE to deny Cruz Azul a goal.

Man in the middle Oscar Macias Romo got in the way of a goal-bound shot during Sunday's match against Toluca at the Azteca Stadium in Mexico City. 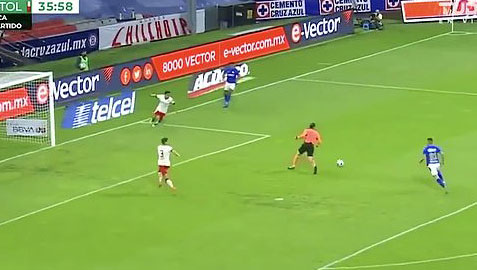 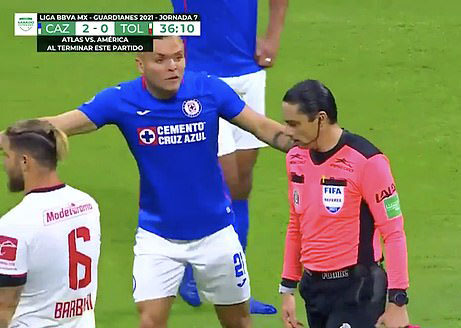 Despite the mishap, Cruz Azul still managed to go on to win the game 3-2, their fifth victory on the trot.

Luis Romo somehow hit the post despite the goal gaping after taking the ball past keeper Luis Garcia.

The ball rebounded off the woodwork and fell for Jonathan Rodriguez who only had to beat the one defender on the line.

But ref Romo was crossing the box and inadvertently diverted Rodriguez's shot behind.

Players were fuming at the ref's untimely intervention.

But despite copping plenty of flak, official Romo chose to award a goal kick.

Rodriguez had opened the scoring six minutes in before Roberto Alvarado doubled the lead after 27 minutes.

However, after the ref's clanger Toluca got back into the game with two goals right at the death of the first-half.

Miguel Barbieri scored after 44 minutes before Alexi Canelo's penalty in the second minute of stoppage time brought them level at the break.

But Guillermo Matias Fernandez's 63rd-minute effort turned out to be the winner and left Cruz Azul in second place in the Liga MX.