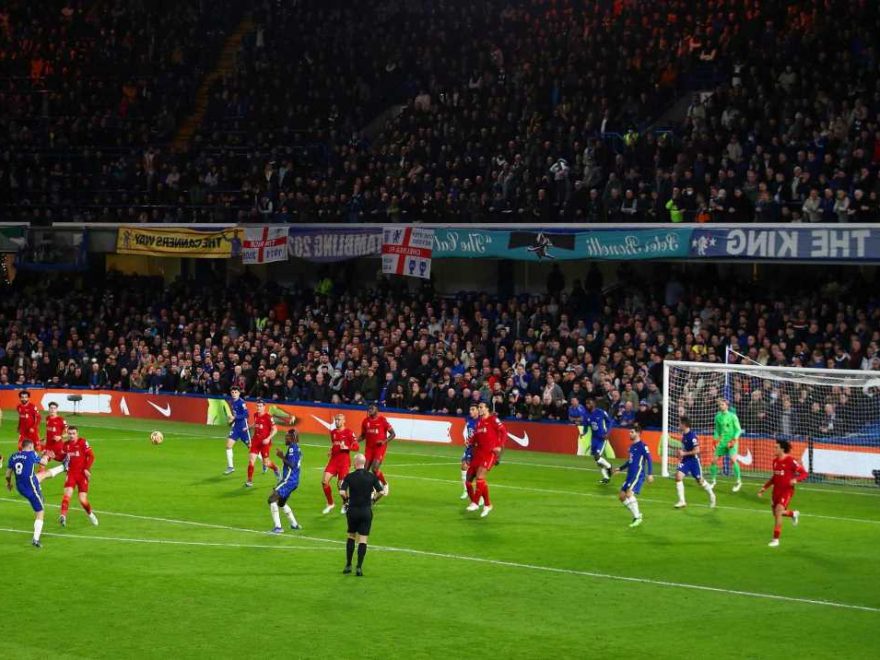 MATEO KOVACIC scored surely the goal of 2022 so far and a goal of the season contender with a brilliant volley as Chelsea's fought back against Liverpool.

The Blues found themselves 2-0 down at Stamford Bridge when Kovacic sensationally pulled one back. 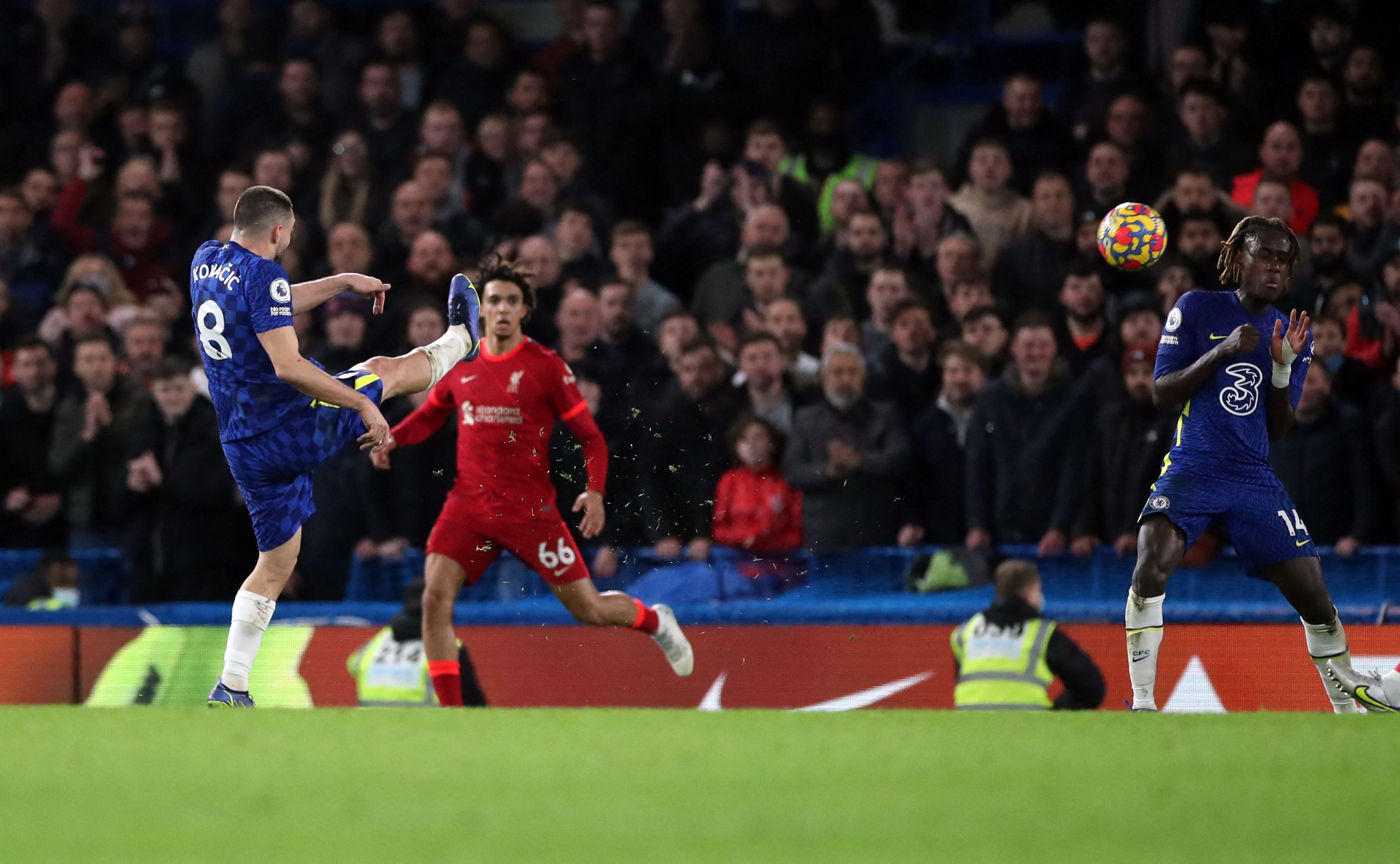 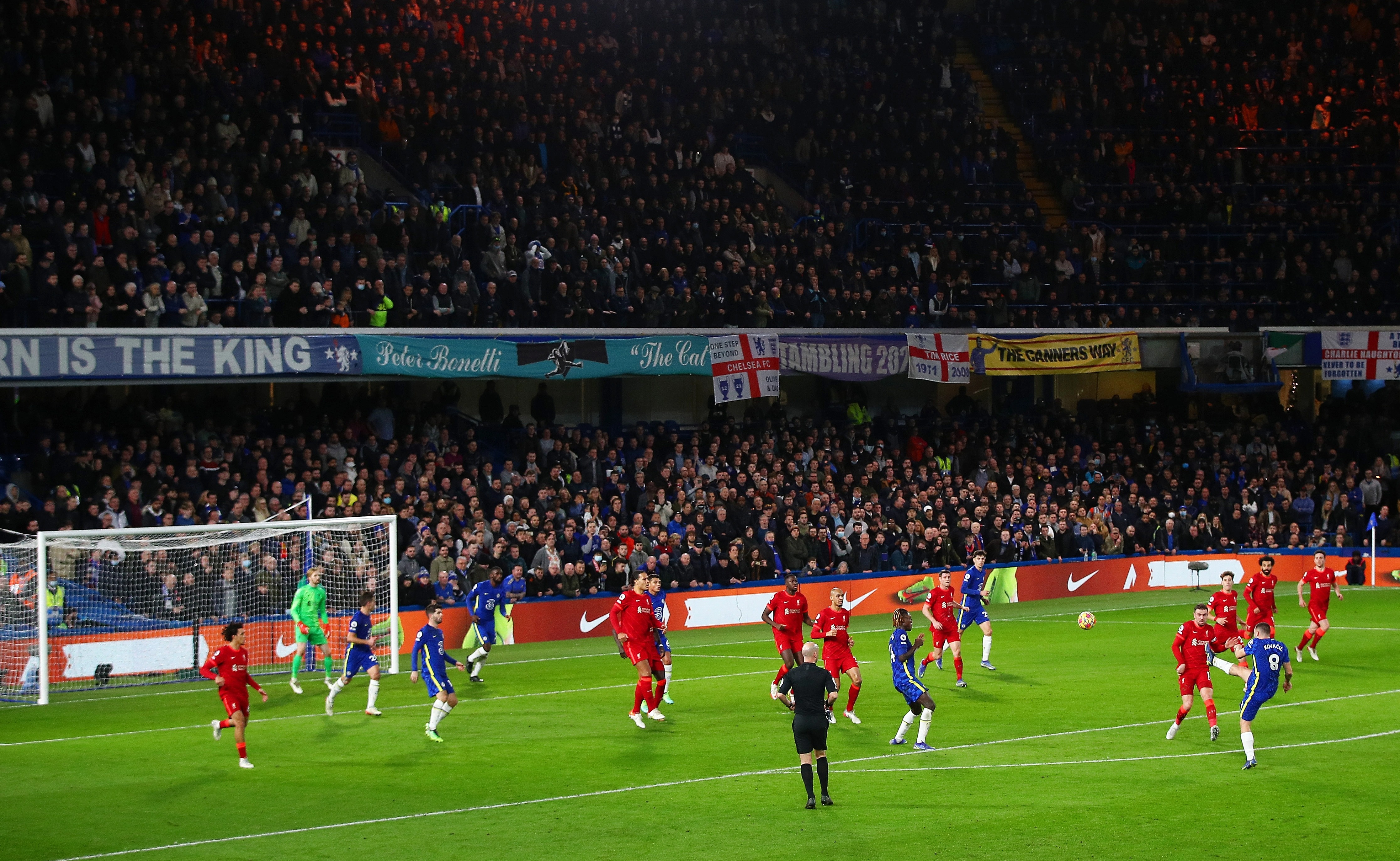 The Croatian perfectly volleyed home from outside the box after Liverpool keeper Caoimhin Kelleher punched clear from a Marcos Alonso free-kick.

It is only Kovacic's fourth Chelsea goal since signing in 2018 but will take some beating to ever top.

It was the much-needed break the Blues needed having gone one down after nine minutes following Sadio Mane's opener.

A mistake from Trevoh Chalobah allowed the forward in on goal and he rounded Mendy before firing in to make it 1-0.

Mo Salah then doubled Liverpool's lead on 26 minutes after finding space down the right, cutting in and finishing past Mendy.

But within the space of less than five minutes, Chelsea miraculously levelled the scoring.

Following Kovacic's stunner, Christian Pulisic – who missed a golden chance at the start of the game – made amends.

The American latched on to a ball over the top from N'Golo Kante and with his left foot expertly finished past Kelleher to equalise.

With four minutes added on in first half stoppage time both teams went in search of a third.

It was end to end football with Kai Havertz put through on goal – but Virgil van Dijk caught the German and pinched the ball off him before he got his shot away.

And the second half continued in similar vein with Alonso blasting over after working the ball cleverly in the box. 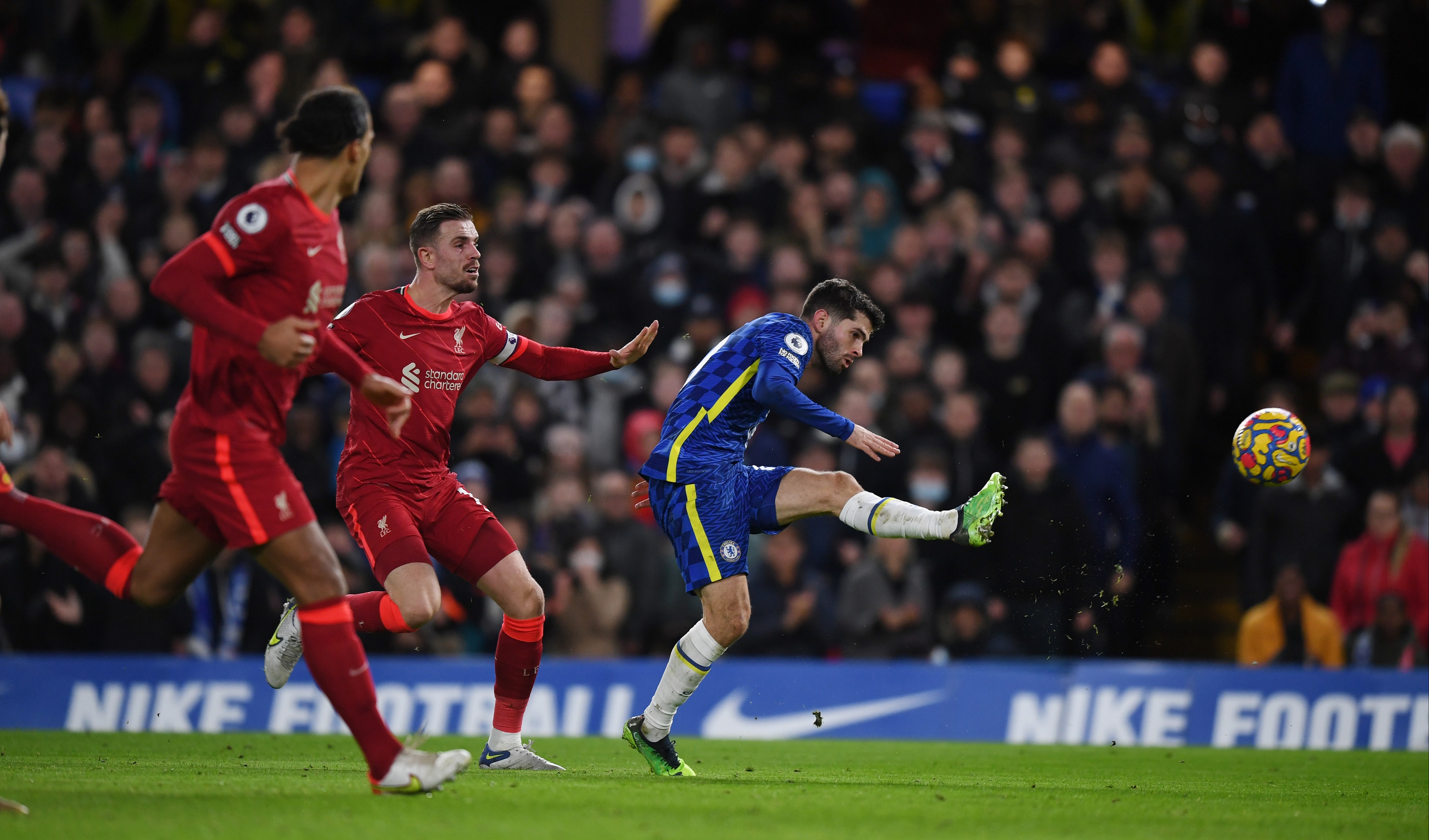