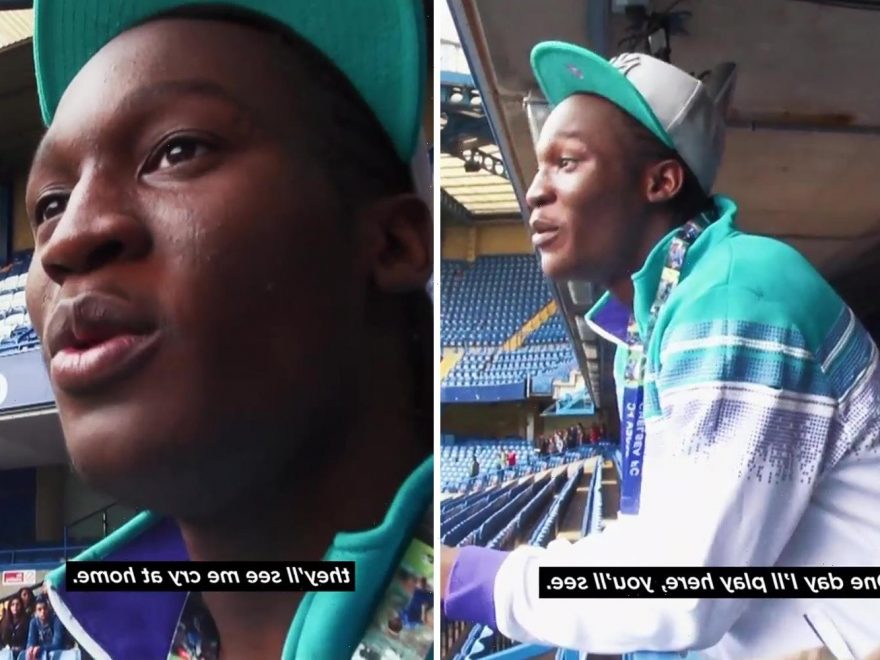 ROMELU LUKAKU was awestruck as he looked out across the Stamford Bridge pitch for the first time – and declared 'I will play here'.

The Blues have completed a £97.5million deal for the striker, seven years after he was sold to Everton. 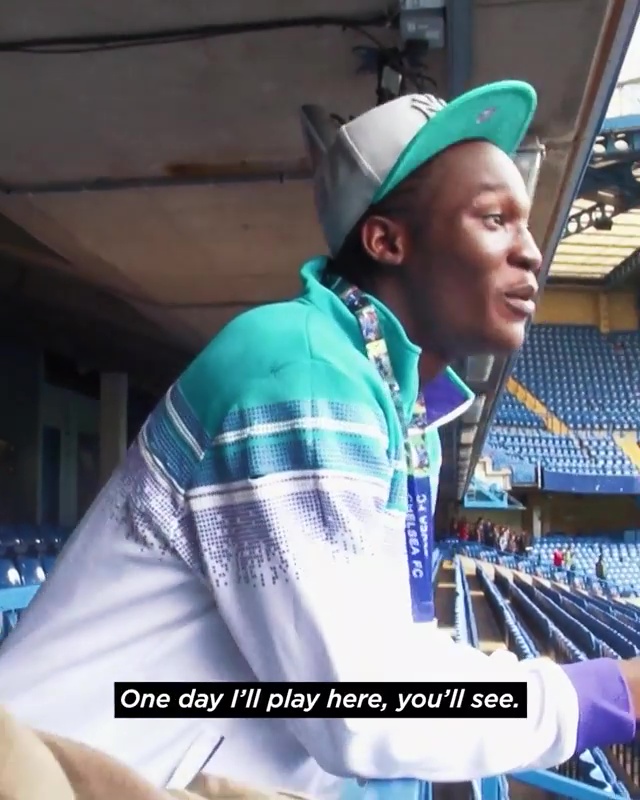 Anderlecht, where Lukaku broke out as a teenager, have heralded his move by posting a clip of the Belgian as a youngster on a tour of Stamford Bridge.

The club wished its academy product well, with a caption that read: "Meant to be. All the best, champ."

In the video, Lukaku donned a Didier Drogba shirt and was visibly wowed while taking in his surroundings.

He told one colleague: "I have to sit alone here, I have to enjoy this moment on my own."

Stood on his own as he stared out from behind the dugouts, an Anderlecht delegate reminded the player that he needed to return to the group and that later he could 'dream as much as he wants'.

In another moment, he said: "The day I play here is the only day you'll see me cry at home.

"Other than that, never. Only when I play here."

Lukaku, 28, supported Chelsea as a boy and signed ten years ago after impressing at Anderlecht.

Drogba was an idol of his and was the first to confirm the 28-year-old's arrival earlier this week, having previously given advice on how he can improve his game.

In his first spell, Lukaku failed to score for the club in 15 appearances, amid two loan spells at West Brom and Everton.

Furthermore, he has never scored at Stamford Bridge after six return trips with the Toffees and Manchester United.

Thomas Tuchel will wait to give his new signing a runout in West London with Lukaku set to sit out Saturday's home clash against Crystal Palace.

Instead, the forward could make his second Stamford Bridge bow against Aston Villa on September 11.