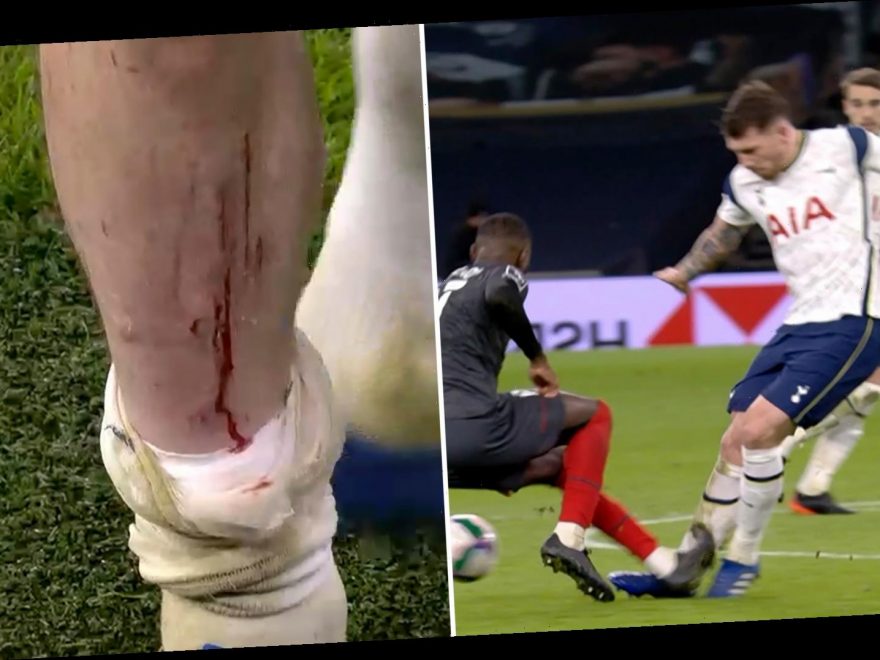 PIERRE-EMILE HOJBJERG raged after suffering a horror shin injury as Josh Dasilva was sent off for Brentford.

The Bees star had the ball but lost control and went flying in with his right boot up the Spurs midfielder's leg. 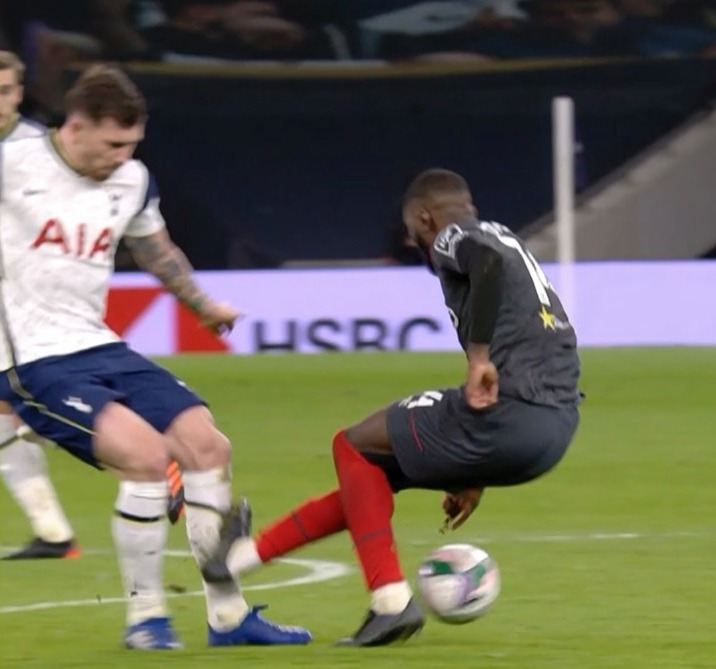 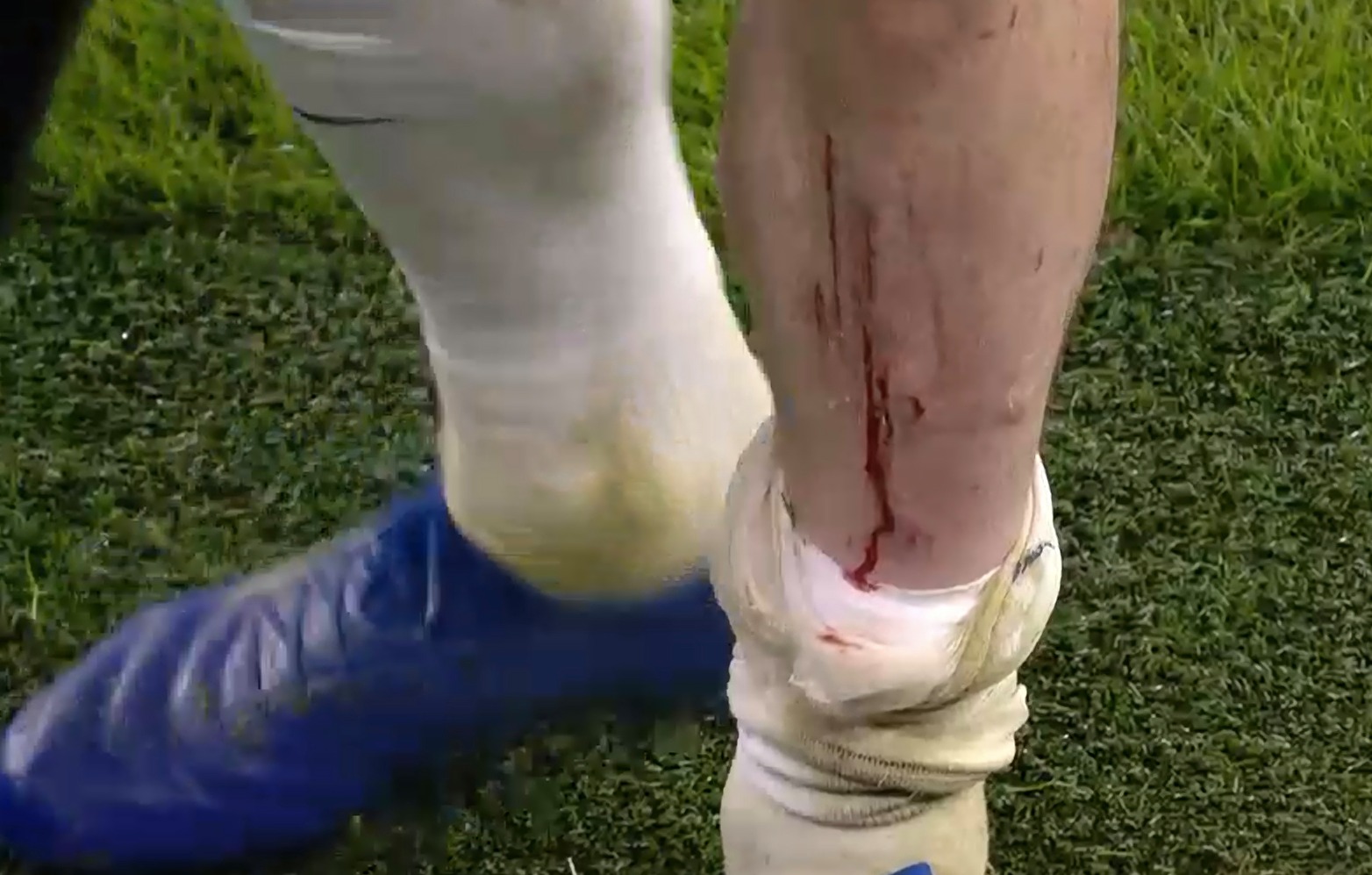 Play was initially allowed to continue before referee Mike Dean went across to the VAR monitor.

And after a brief check of the replays, he decided the horrendous tackle was worthy of a red card.

Hojbjerg was treated on the pitch and was able to hobble off – but not before confronting Bees players over the dangerous challenge.

He was rightly fuming, knowing he was lucky to escape without a broken leg.

With nasty stud marks and blood pouring down his shin, Jose Mourinho made the wise decision to haul his Danish international.

Japhet Tanganga came on in his place for the final minutes of Spurs' 2-0 win over Brentford.

Dasilva later took to social media to insist he never meant to hurt the Spurs midfielder.

He wrote: "Anyone that knows me, knows it was never intentional.. will learn from this."

But after the full-time whistle, there was a touching moment.

Hojbjerg headed back pitchside to share an embrace and smile with Brentford boss Thomas Frank, who is also Danish.

And Jamie Redknapp defended Dasilva, insisting there was no malice in the former Arsenal youngster's foul.

The Sky Sports pundit said: "Do I think it is a red card? Yes. Do I think he means it? Absolutely not.

"He sort of loses control of his body, and his right foot comes out. 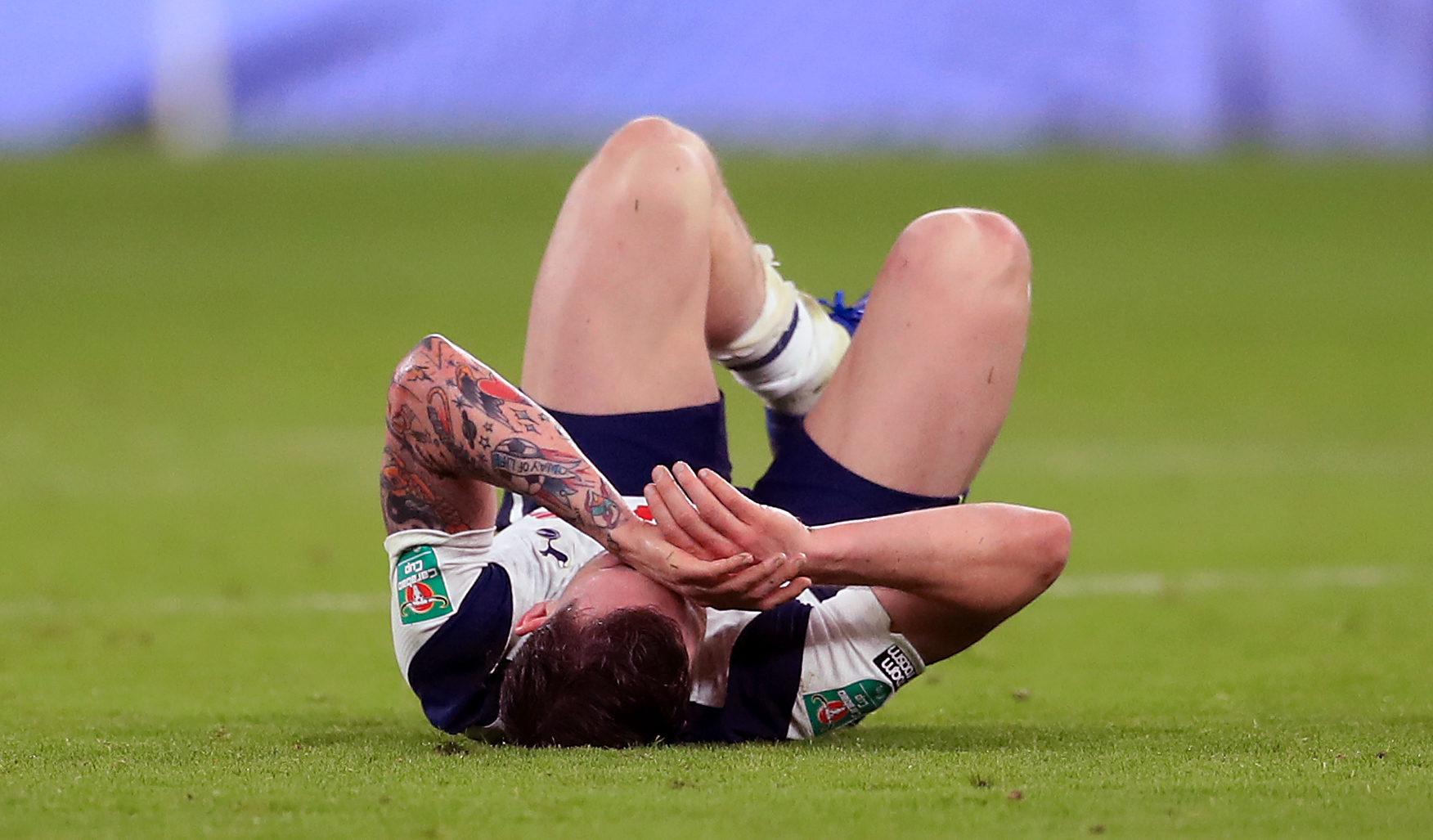 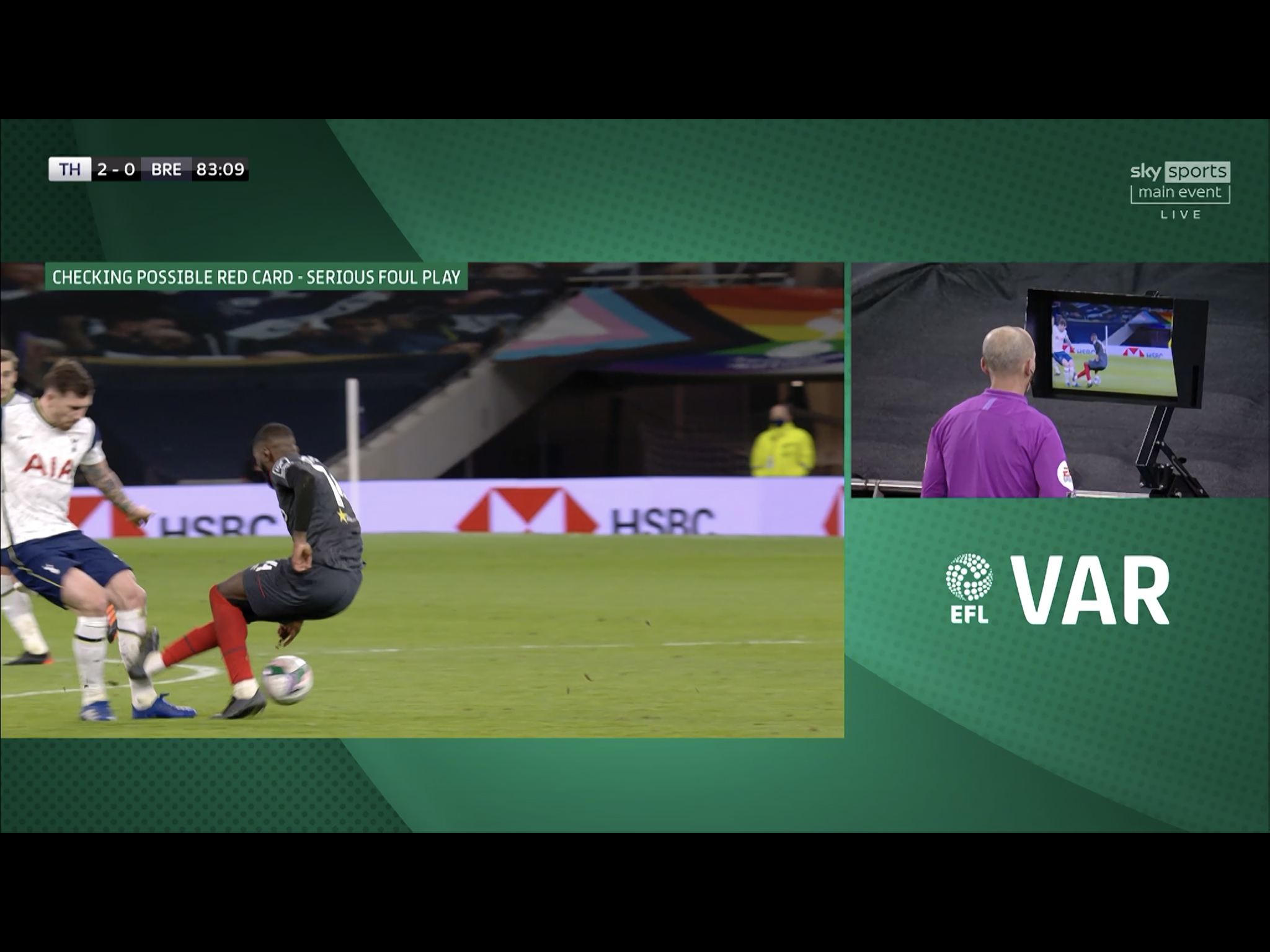 "The reason why I would say no, he is so left footed, he wouldn't mean to tackle with his right foot.

"But it looks really bad, I get that. I don't believe he has meant to hurt an opponent there."

Spurs will face either Mourinho's former side Manchester United or long-term rival Pep Guardiola with Manchester City in April's rearranged final at Wembley. 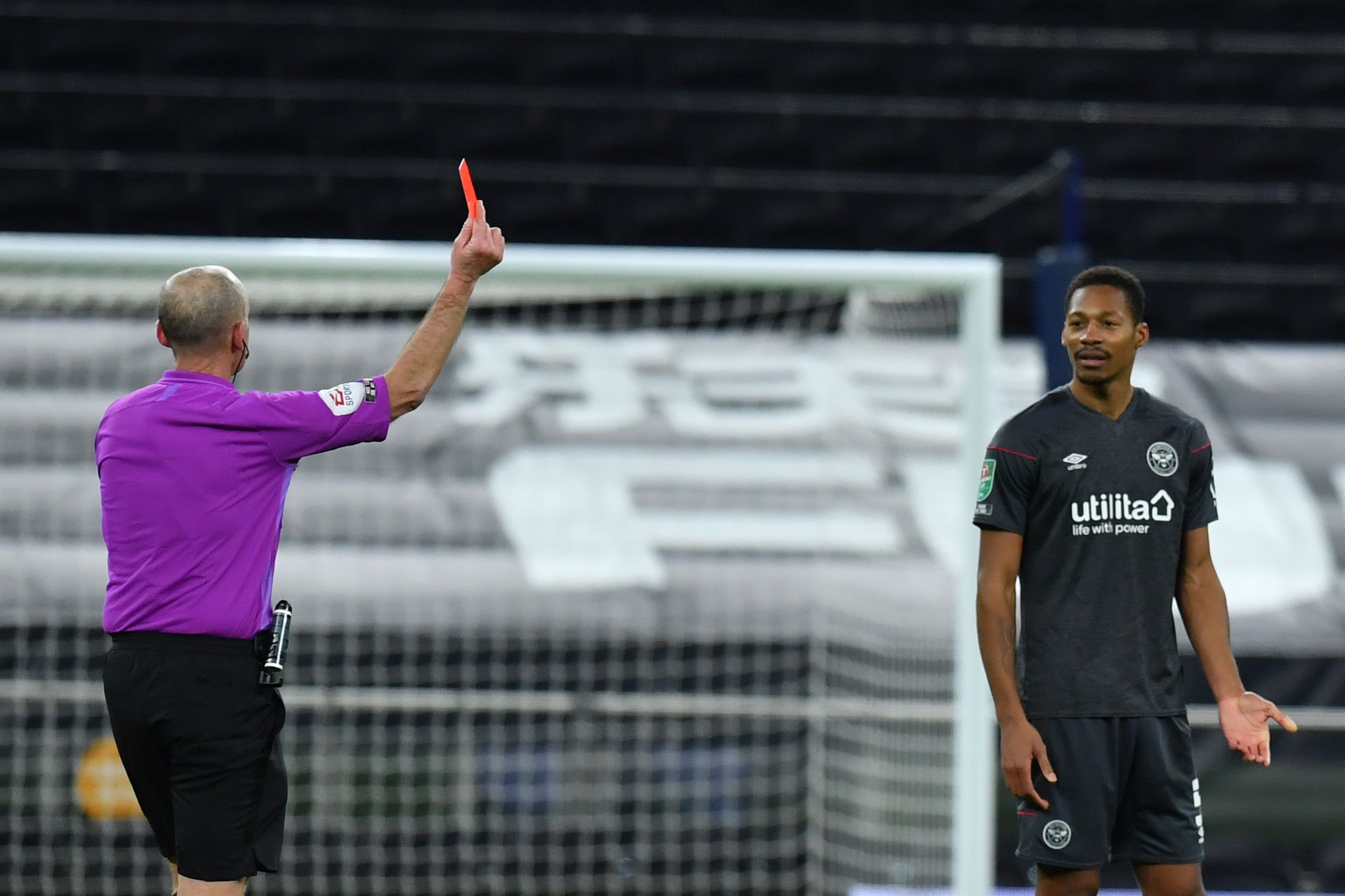 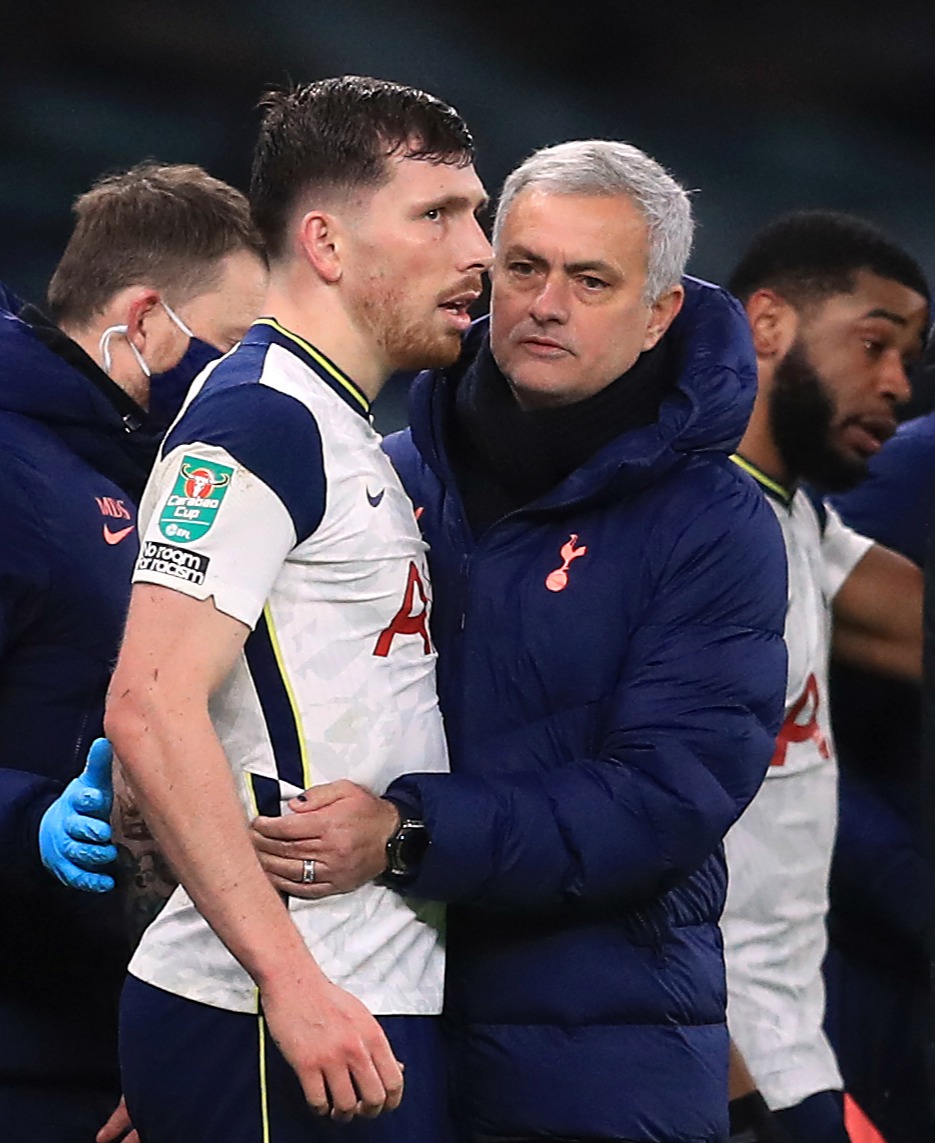