THIS is the hilarious moment an Australian rugby player was forced to flee the field after he was attacked by a magpie.

Rugby League player Jack Skinner was attempting to marshal the wing during the game for Parkes Spacemen against the ironically-called Forbes Magpies. 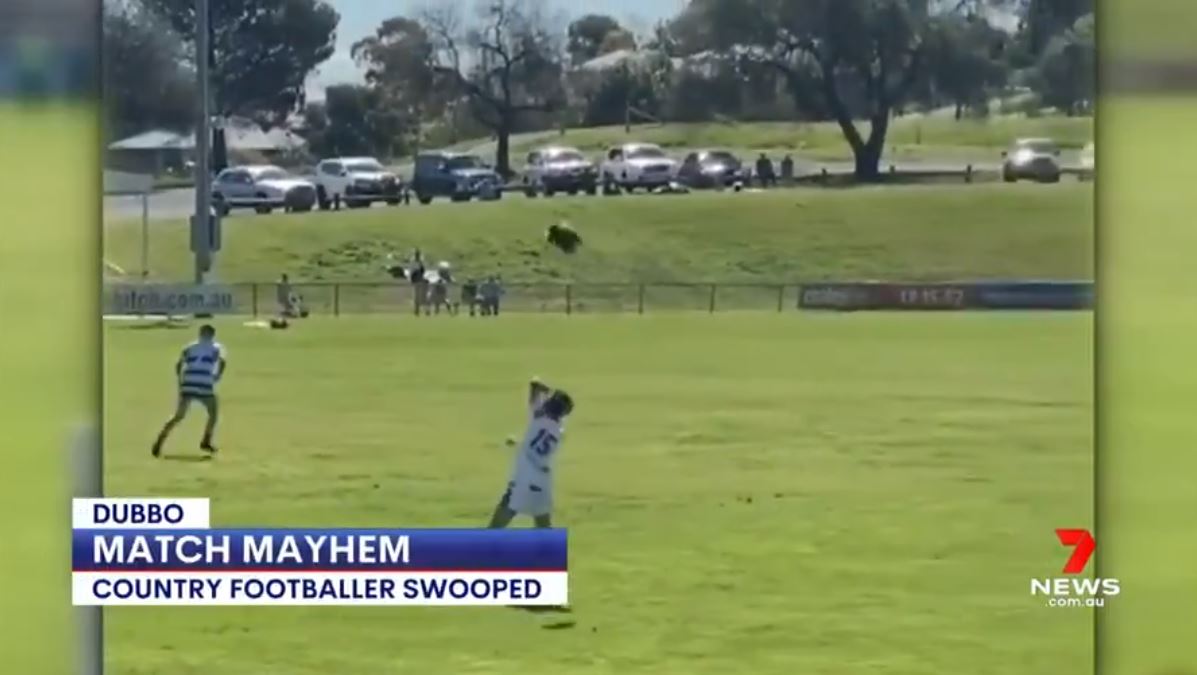 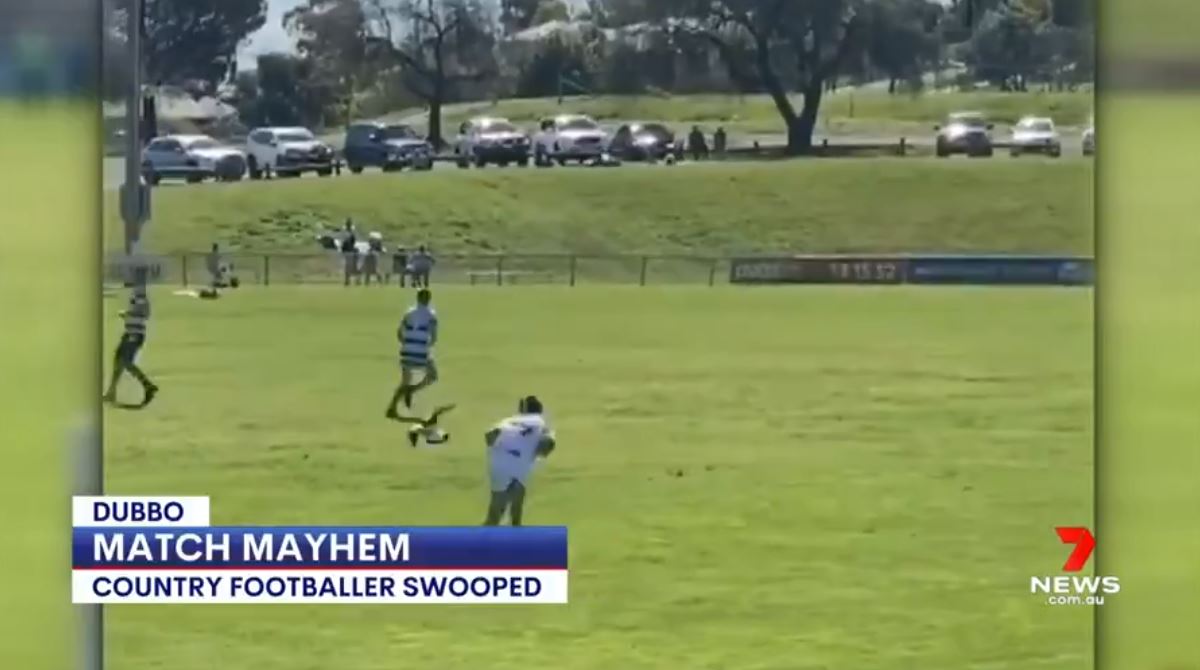 With play going on in the background, a spectator caught the moment Skinner was forced to duck and dive when the magpie starting swooping down.

Skinner was captured attempting to deter the persistent bird by waving an arm in its direction.

But it appeared to rile the bird up even more and it continued to launch dive-bombing attacks.

As it became clear the magpie was not going to be defeated, Skinner was sent towards the touchline by one of the coaches.

Despite running off the field, the magpie still bombarded him with attacks eager to help out the other team. 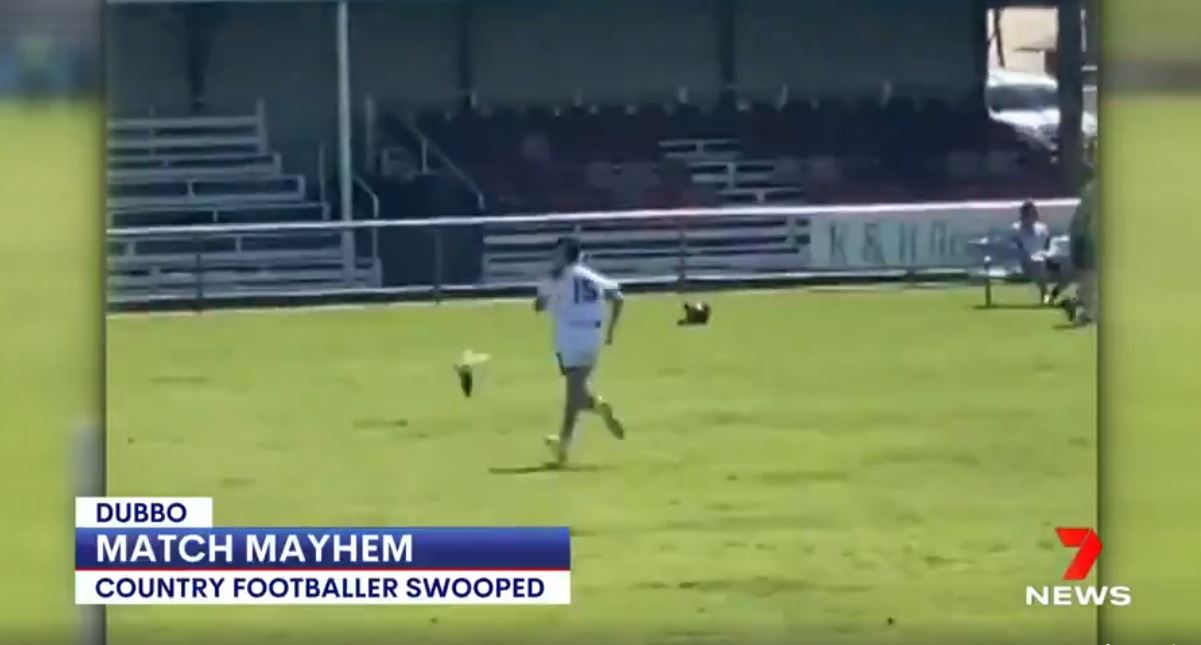 Skinner showed great reflexes to dodge the unrelenting bird but almost tripped over when running away.

As he approached the edge of the field, one of his team-mates appeared to swipe back at it with an item – possibly a boot.

Eventually, Skinner made it to the edge of the field and the bird flew off although it is unclear whether he continued after.