GENNADY GOLOVKIN further cemented his reputation as one of the greatest middleweights ever after his routine win over Kamil Szeremanta on Friday night.

The Kazakhstani 38-year-old floored Szeremanta four times in total before the referee eventually ended the contest in round seven when Golovkin landed a double-jab. 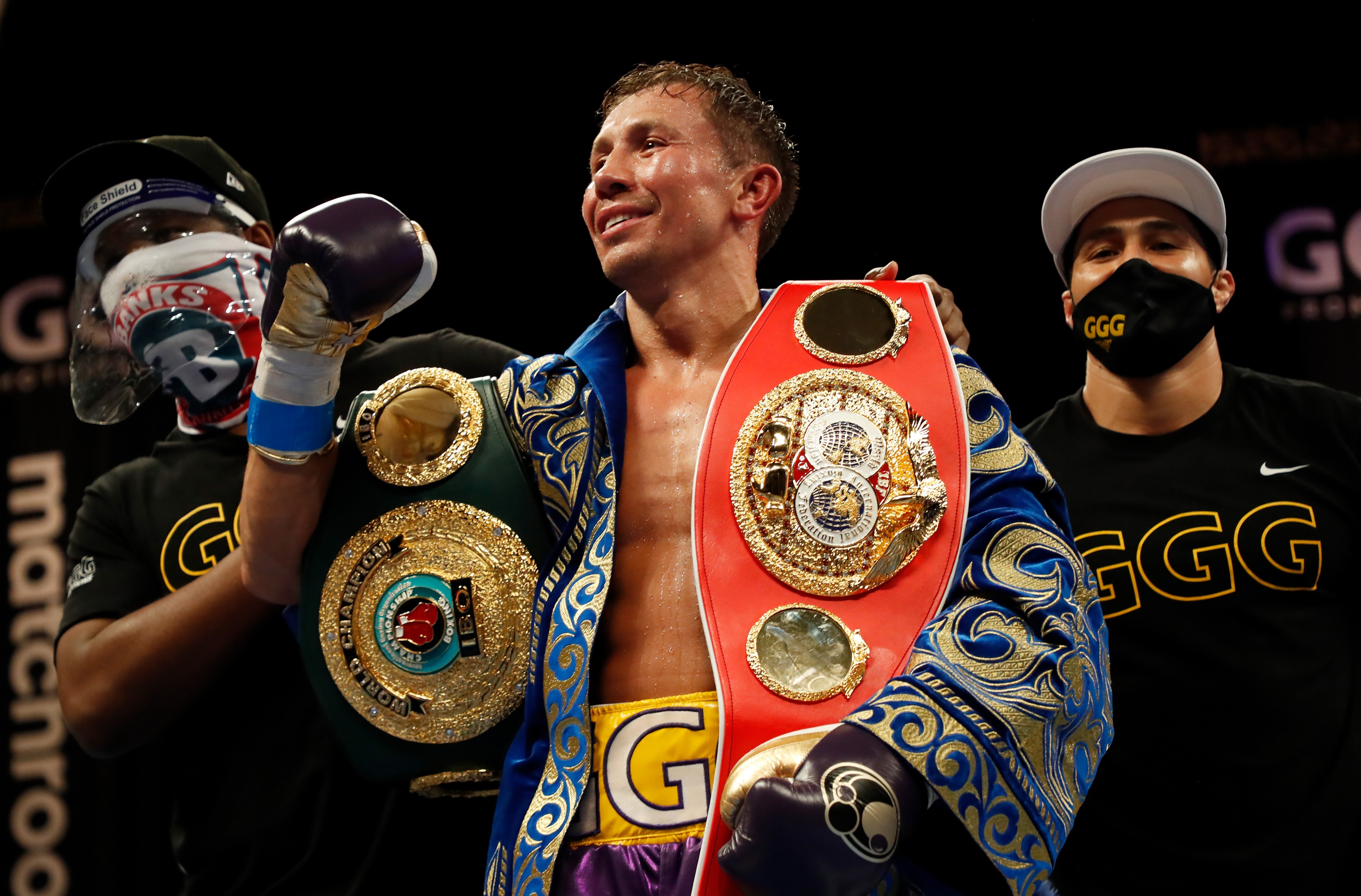 It was GGG's 21st title defence – surpassing Bernard Hopkins – as he stepped into the ring for the first time since October 2019.

And it was obvious from Dazn's highlights that GGG did not appear to show any signs of rustiness.

“Kamil Szeremeta, he is great boxer, but I feel very comfortable because I have a lot of time, a lot of good people with me, this, I’m very proud of my team.”

He wasted no time in getting down to business in Florida, as he peppered 31-year-old Szeremeta with jabs.

Szeremeta hit the canvas in round one and two after taking a huge right hook to the face.

The fourth round saw Szeremeta return to the deck and it was only a matter of time. 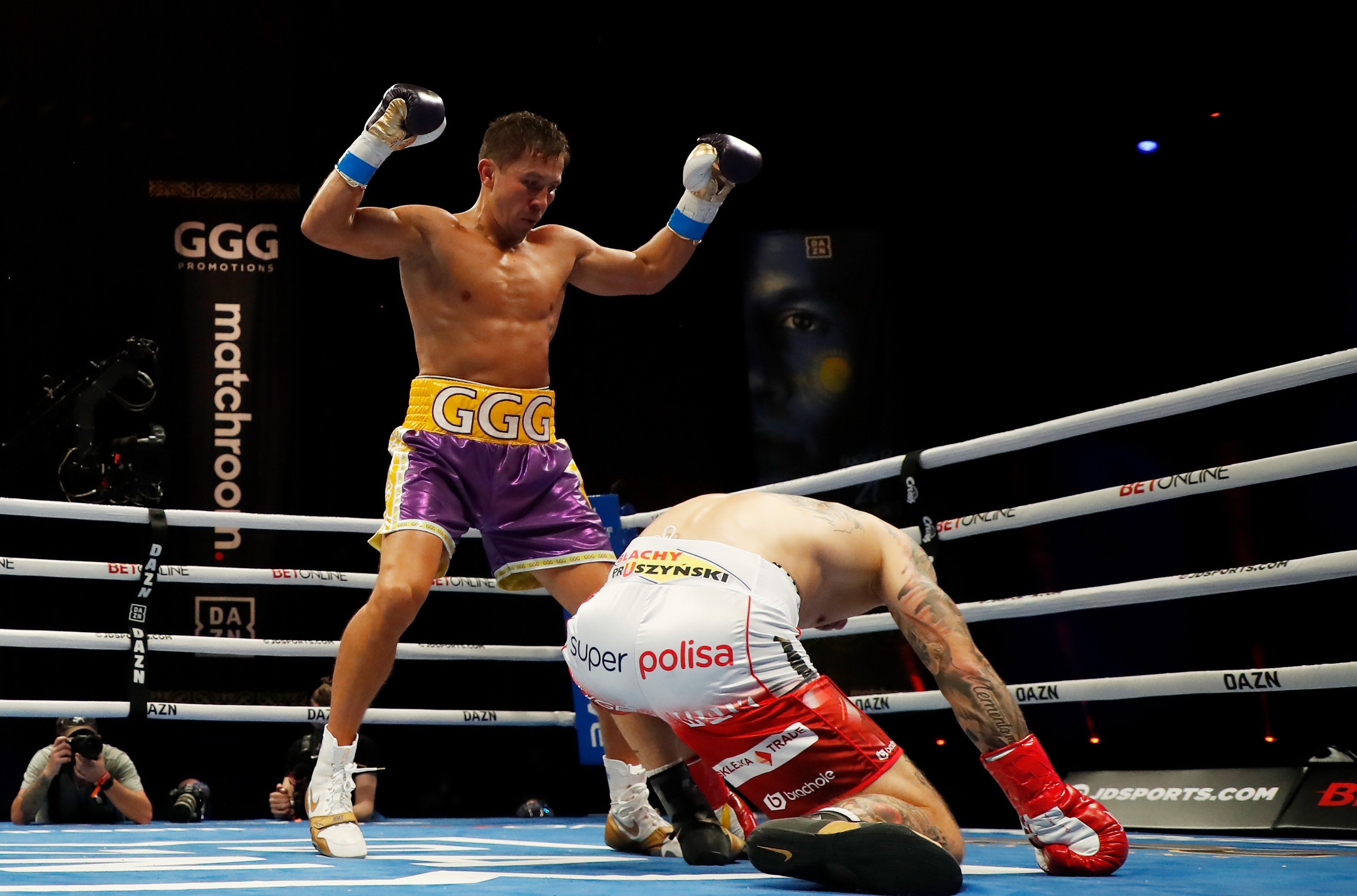 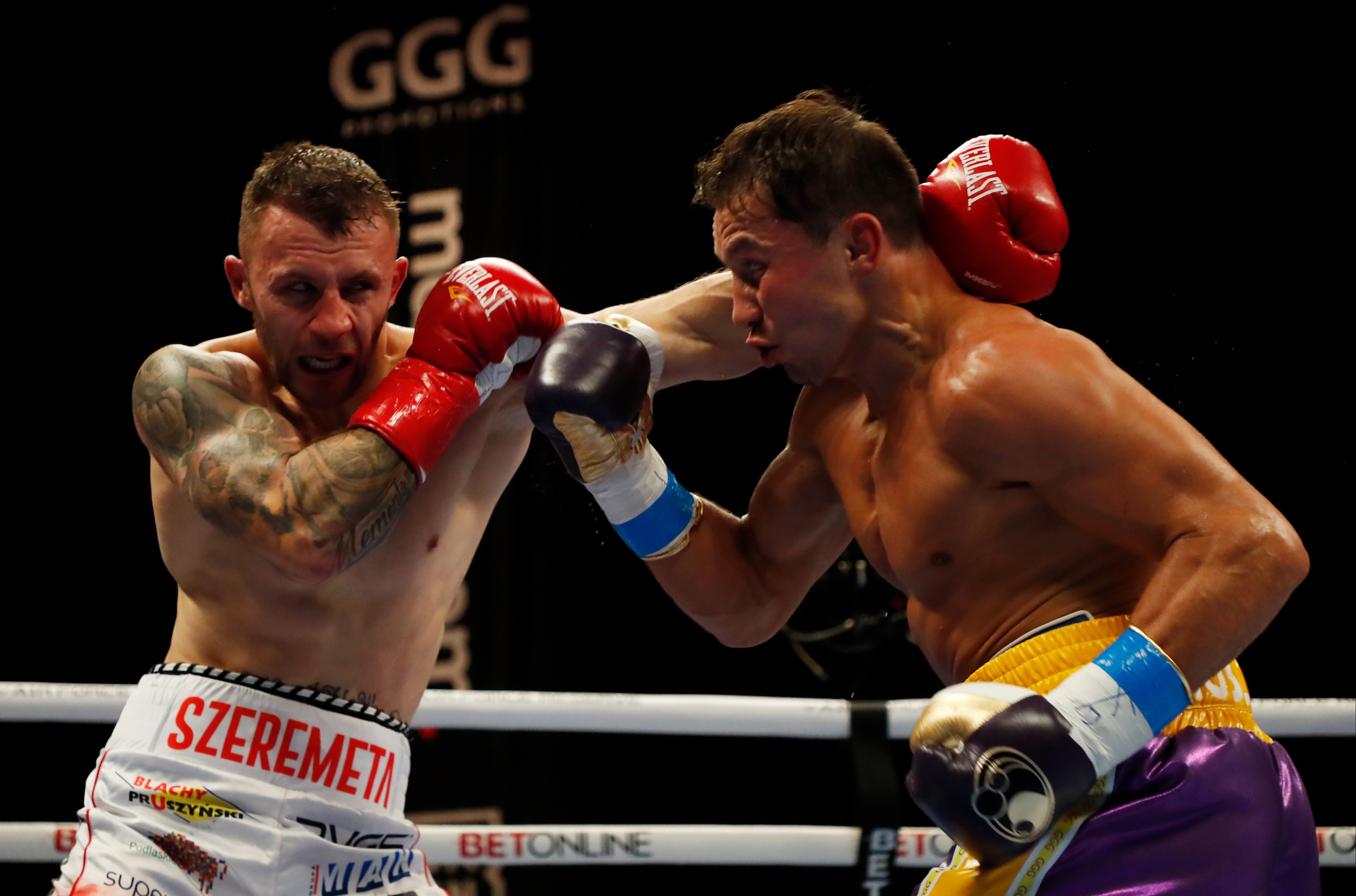 The writing was on the wall all the way till round seven, as GGG mixed up his attacks and levels, which proved almost impossible to defend against.

And it was all too much in the seventh, when a double jab decked a hapless Szeremeta, who was on the end of a masterclass.

He said: "Absolutely I am open for anybody. Just best opponent for me, for business, for DAZN for people, for friends, I am ready.

“We will wait for tomorrow, I hope tomorrow is great event. The best, who wins? The best. I am open."