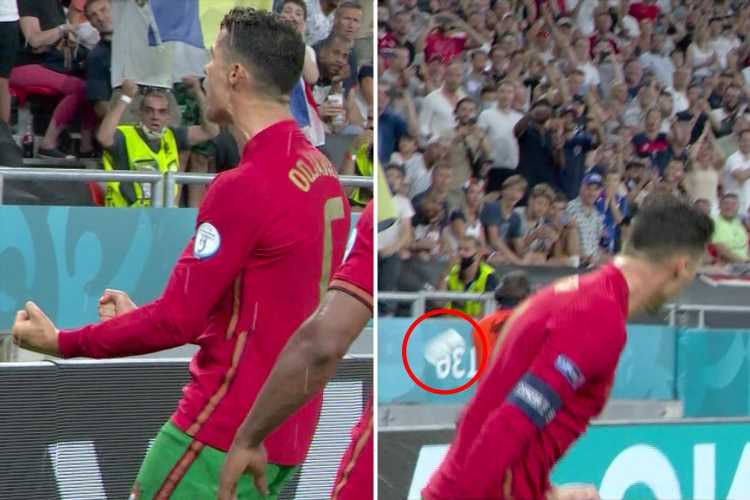 CRISTIANO RONALDO was pelted with objects by fans as he celebrated his second goal during Portugal's crunch game against France.

The Juventus superstar was interrupted during his second jump in the air and swivel of the night after he was struck in the back by cups. 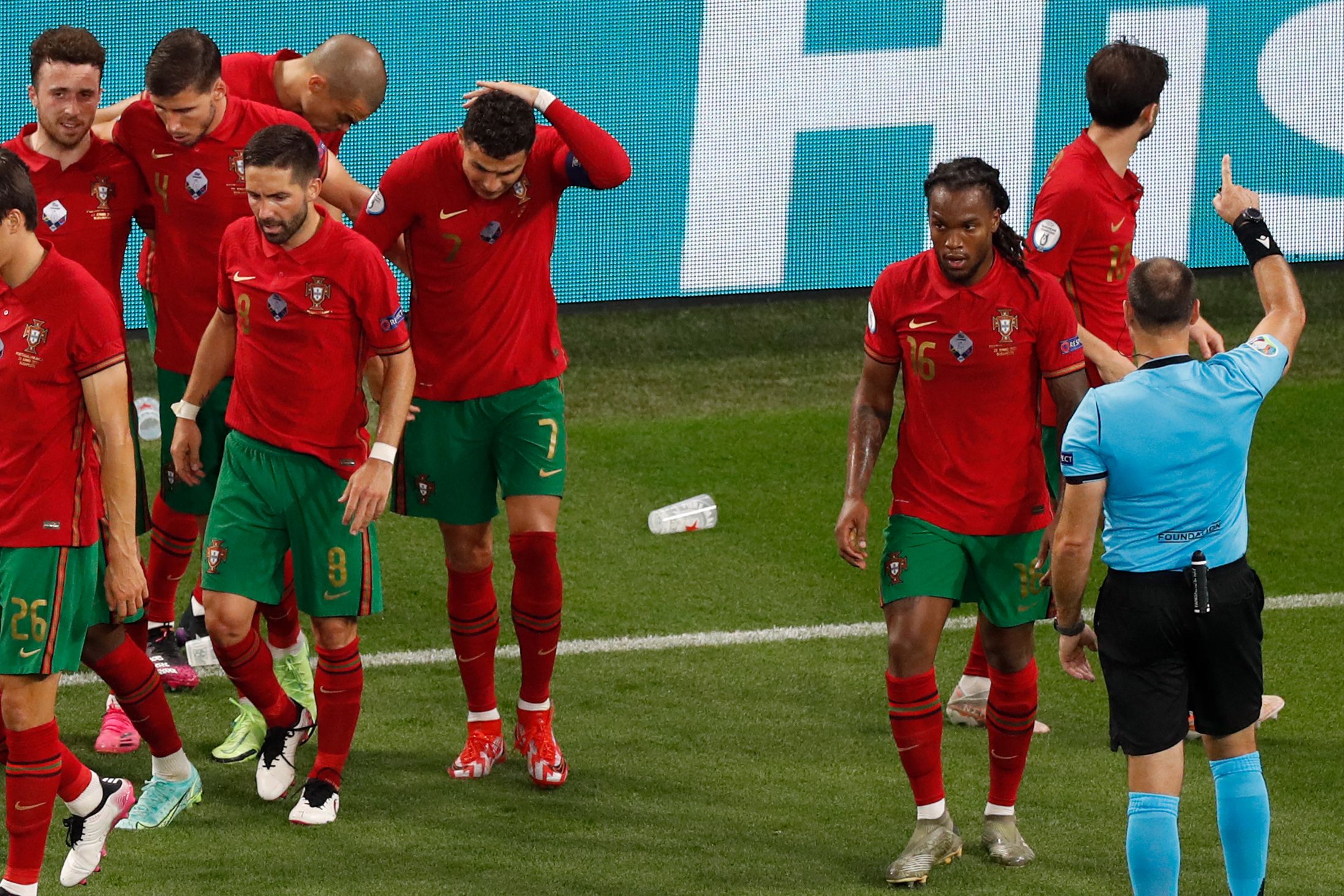 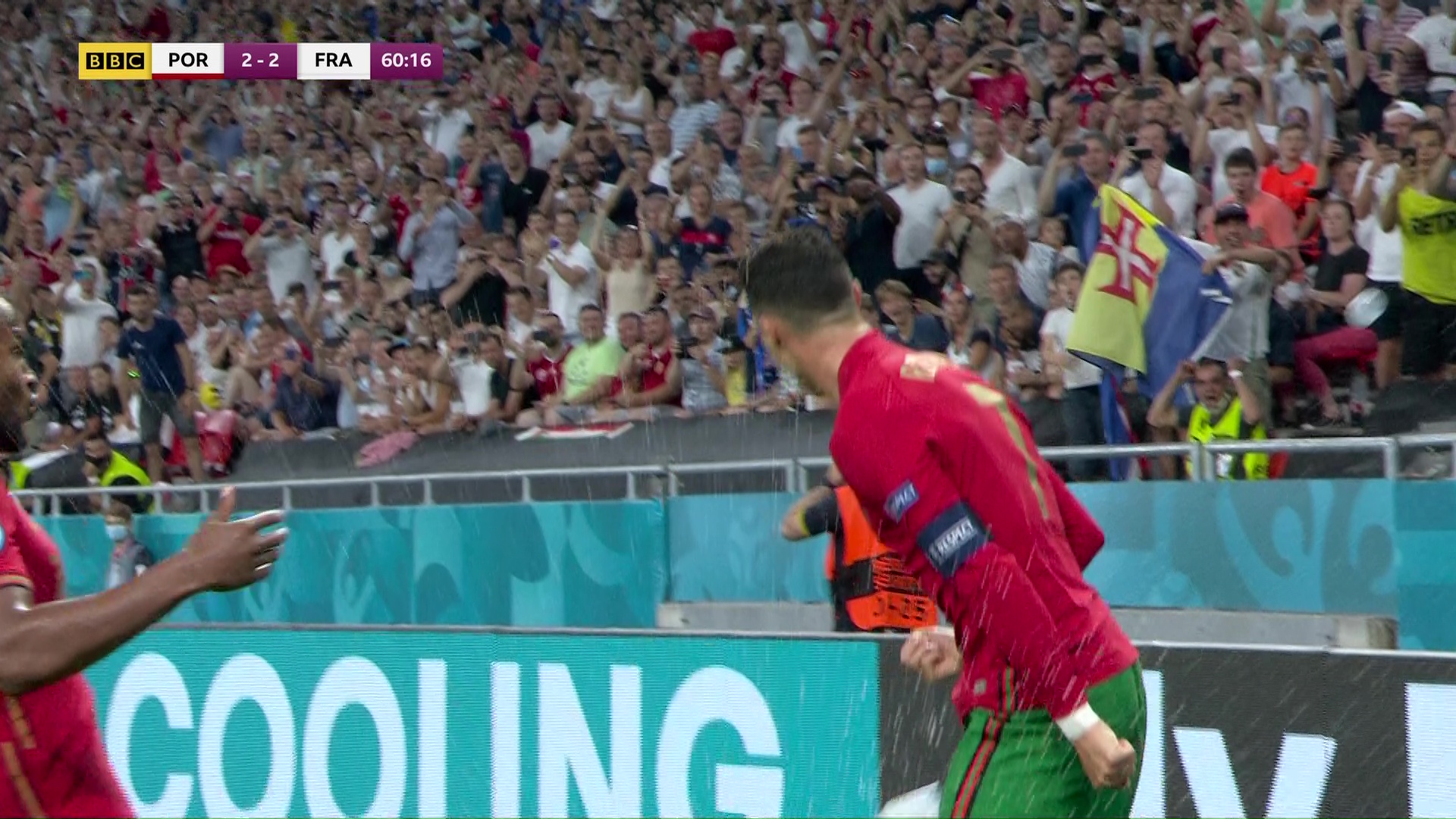 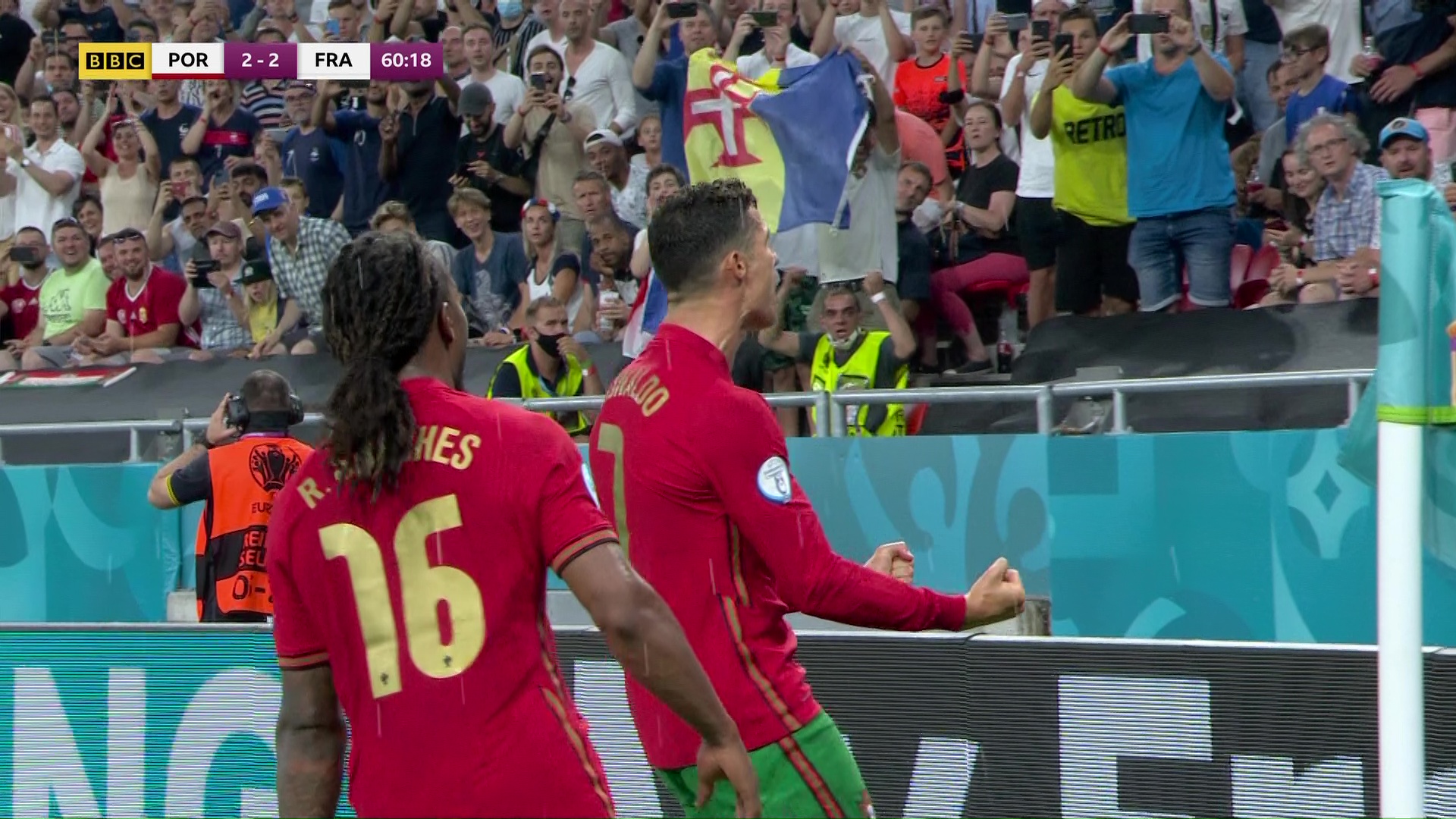 SunSport previously reported that Ronaldo had beaten Miroslav Klose's record of goals in tournament football with his first pen of the game.

The 36-year-old levelled the legendary Klose's tally of 19 with his strike against the Germans on matchday two.

And it took him just half an hour of tonight's match to reach the magic 20 after Hugo Lloris clattered Danilo Pereira at a set piece.

But Ronaldo wasn't allowed to whip out his iconic 'Sii' celebration again in the second half following a Jules Kounde handball.

The former Real Madrid star was forced to back out of his signature pirouette after he was struck from behind by a series of flying cups.

Ronaldo then angrily turned to face the fans to continue his celebration but was later seen rubbing the back of his head in pain.

Fortunately for the forward, the damage proved minimal and his country held on to earn qualification from Group F following their 2-2 draw.

Ronaldo's two penalties on either side of former teammate Karim Benzema's double was enough to earn both teams a share of the spoils.

His two spot kicks tonight moved him onto 109 in 178 outings for his country since debuting in 2003.

Germany meanwhile also qualified from the group after they twice pegged back Hungary in Munich.

Joachim Low's men have now set a date with England at Wembley next Tuesday after they finished as runners-up.