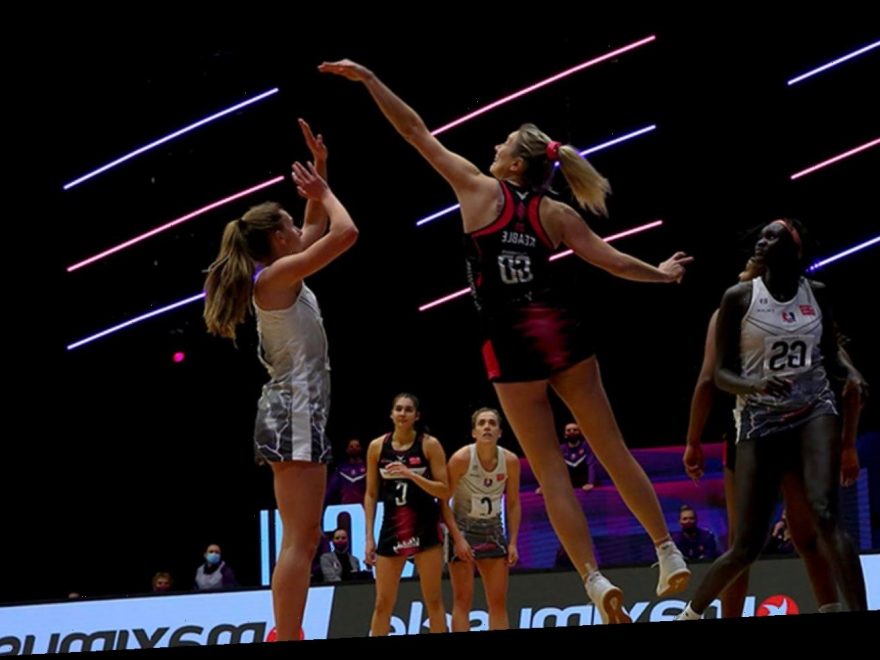 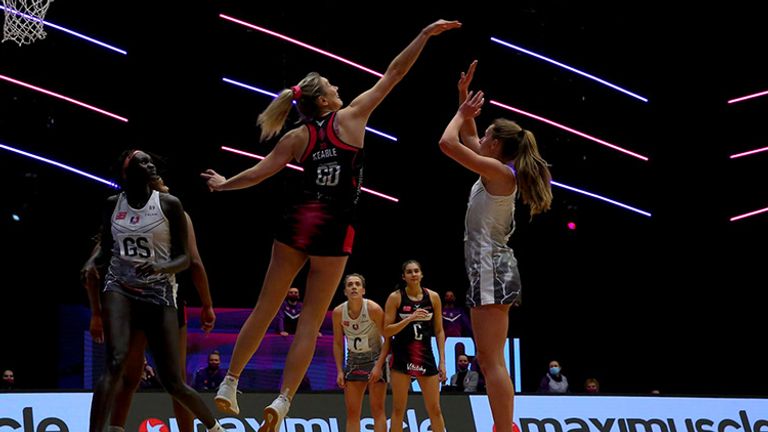 Wasps and Loughborough maintained their winning form to cement their places in the top four of the Vitality Superleague season on Sunday night.

Team Bath have the only perfect record, but Wasps and Lightning – who have duked it out in two of the last three Grand Finals – put another three points on the board to sit either side of the title favourites.

Both teams were pushed all the way, Lightning by a determined and much-improved London Pulse side and Wasps by a injury-ravaged Leeds Rhinos, who continue to defy their wretched luck in their debut Superleague season.

The competition continues on Monday with two matches live on Sky Sports Arena and Mix from 5pm. First up, London Pulse will return to court and face Celtic Dragons before Leeds Rhinos Netball meet Strathclyde Sirens.

Wasps up to third after seeing off Rhinos

Despite being two-time champions, Wasps came into the season a little under the radar, however, they recorded a third successive victory to move up to third in the table with Leeds Rhinos unable to cause a shock.

Rachel Dunn and Katie Harris are forming a potent attacking unit and the pair helped the 2017 and 2018 Grand Final winners into a fast start as a sluggish Rhinos turned over early ball. Dan Ryan’s side steadied the ship but Harris and Dunn finished the opening quarter in even more impressive fashion as Rhinos’ shooting accuracy deserted them.

A one-sided looking contest saw Wasps open up a 12-goal advantage by the end of the first quarter, but much as they have done throughout this season Leeds adapted and the introduction of Sienna Rushton gave them a reliable presence under the post.

Rushton linked well with Rhea Dixon as Rhinos began to chip away at the Wasps advantage, Mel Mansfield’s side perhaps feeling the effects of a hard-fought and impressive win over Manchester Thunder on Saturday night.

Ryan’s team closed to within five by half-time, winning the second quarter and then keeping pace with their more established rivals in a goal-for-goal third period until experience told.

Wasps stretched their advantage to nine goals by finishing strongly, Harris taking most of the shooting burden as Dunn offered a more creative presence that allowed her attacking partner to flourish and the unflappable Iona Christian kept them ticking over from the mid-court.

As is so often the case, the ‘championship’ third quarter was enough to prove decisive, giving Wasps a big enough lead to keep a competitive Rhinos at bay and close out another victory to show they are likely to be in top-four contention again.

In the opening game of the day, Strathclyde Sirens continued their impressive start to the season by fighting back in the final quarter to earn a draw, the first in the competition this season, against top-four hopefuls Saracens Mavericks.

After four quarters of defensive domination, where neither side could earn a significant advantage, it was no surprise that the teams could not be separated and the points were shared, with draws in effect this season as part of the league’s adapted rules.

For the first time this season, Kat Ratnapala had started with what many consider to be Mavs’ first-choice line-up, and much was expected of them. Jo Trip returned at GD, Jodie Gibson moved to WD, Gabby Marshall held the C bib from the off and South African’s Ine-Mari Venter started at shooter.

Meanwhile, Sirens’ pre-match news announced a spell on the sidelines for Lyndsey Gallagher, who needs an operation on her knee, which meant that Bethan Goodwin remained at GA.

After a low-scoring first 24 minutes, and Mavericks holding a 18-15 half-time lead, the third quarter saw both coaches change their attack-ends in a bid to gain the upper hand.

Sirens’ coach Karen Atkinson kept it simple and made a straight swap with Niamh McCall replacing Goodwin, while Ratnapala shuffled Mavs’ cards considerably before being forced into another change, when Venter landed awkwardly.

Q3 | Lots of changes this quarter

Still neither outfit were able to fully assert themselves and four goals separated them going into the final quarter. Goodwin and Venter both returned, with the former showing the benefits of her conversations with Atkinson and Venter slotting in seamlessly too. However, the latter stages belonged to one player – Towera Vinkhumbo.

Vinkhumbo hadn’t let up all game, she finished her day’s work with eight interceptions and two deflections, and it was her turnovers that ensured Sirens snatched a draw, and nearly a memorable victory, at the full-time whistle.

Mavericks get out of jail with that one, great game by Sirens, honestly thought they should have taken that. Sirens brilliant, learning & not afraid to challenge. As for Mavs, they need to work out where the in-between is, the simple stuff, the build, pass, deliver. @SkyNetball

Loughborough Lightning notched up a sixth victory of the season in the second match of the afternoon, but they didn’t have it all their own away against a much-improved London Pulse who came close to a shock but are left still without a victory.

Hard fought game this arvo that got us thinking and changing up what we are use to. Credit to Pulse in the intensity they brought to the game. Proud of the teams efforts again in a successful double header weekend 💜 #onwardsandupwards #vnsl2021 https://t.co/FL7DkciYaR

It took the league-leaders 20 minutes to move in front, and although they never relinquished their lead after that, Sara Bayman’s side had to problem-solve and keep their foot to the floor until the final whistle.

From the outset Halimat Adio matched Mary Cholhok in the circle and Pulse’s captain worked superbly with Zara Everitt, to disrupt Lightning’s fluidity.

At the other end, Sigi Burger and Kira Rothwell had their eye in and the London outfit’s 11-10 advantage at quarter-time was richly deserved.

“They came out and blew them away in that first quarter, to win a quarter like that was great. To see them play with that freedom and understanding was a real pleasure.”

With Adio and Everitt in the zone, Bayman introduced Suzie Liverseidge at GA, helping Lightning to turn the tables and open up a four-goal cushion at the interval.

Both teams upped their intensity again after the break, and although Pulse chased after everything, Lightning finally found the extra gear that they’d been looking for and their 28-goal second half produced the goods.

“We want pressure situations because we need them and we got one today,” Bayman said. “A few of our girls were having a bit of an off-day and it’s good that we can come through that.

“I thought that Beth Cobden, for parts of that game, was single-handedly keeping us in it.”

For London Pulse, it’s a quick turnaround as they face Celtic Dragons on Monday night, while Loughborough Lightning can put their feet up until Round Seven.

Sky Sports is your home of netball. The Vitality Netball Superleague continues on Monday, with two matches live on Sky Sports Arena and Mix, plus streamed on the Sky Sports YouTube channel from 5pm.