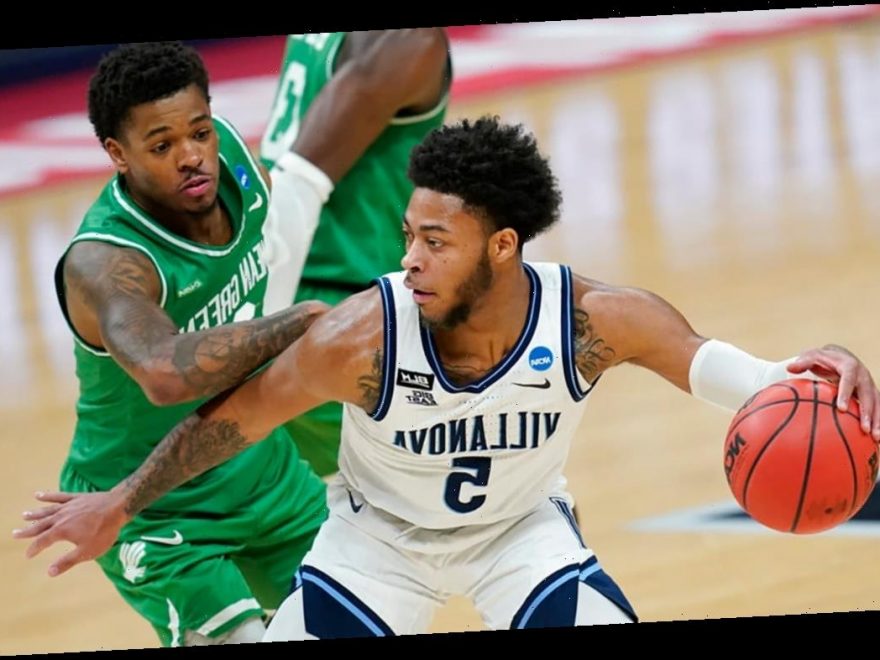 The fifth-seeded Wildcats (18-6) move on to the Sweet 16 to face top-seeded Baylor. Villanova will play the second weekend of the tournament for the third time in the last five. Coach Jay Wright’s team won the whole thing the last two times it got this far in 2016 and ’18.

These Wildcats are not considered a serious national championship contender — but they seemed to channel those title teams in the first half against the Conference USA champions at Bankers Life Fieldhouse.

The Mean Green (18-10) got off to a nice start with Javion Hamlet making some nifty moves and putting UNT up 21-13. Then Villanova tightened its defense and started making everything.

With quick ball movement and excellent spacing, the Wildcats went 9 for 15 from 3-point range for in the first half and finished the first 20 minutes on a 34-6 run. And that was it for North Texas.

A stifling defensive performance by the Mean Green got them into the second round, upsetting No. 4-seed Purdue for the first NCAA Tournament victory in school history.

Against Villanova, North Texas seemed to be a step behind the extra pass, scrambling to get a hand into the face of open shooters.

Hamlet scored 25 points on 8-of-16 shooting, but the rest of the Mean Green made only 13 field goals.

Villanova came into the NCAA Tournament short-handed and searching for answers. The Wildcats lost point guard Collin Gillespie to a knee injury late in the season and dropped their first two games without him.

In the first round, Villanova picked it up on the defensive end, took care of the ball (six turnovers) and came away to workmanlike victory while still shooting only 44% from the field.

In round two, it was vintage Villanova.

North Texas: Hamlet, a senior, exited late in the game with the rest of North Texas’ starters and got a standing ovation from the Mean Green fans in attendance and a hug from coach Grant McCasland.

Villanova: In Gillespie’s place, Chris Arcidiacono — whose brother, Ryan, was the Most Outstanding Player of Villanova’s 2016 Final Four — has moved into the starting lineup.

The younger Arcidiacono isn’t being asked to carry the same responsibilities as Gillespie, one of the top point guards in the county. Running the offense has been more of a group effort. Justin Moore has picked up a lot of that slack. He scored 15 points and had five assists against UNT.

Arcidiacono made two early 3s and finished with six points.

Villanova and Baylor have played just once and the Bears won in November 2019 at the Myrtle Beach Invitational.