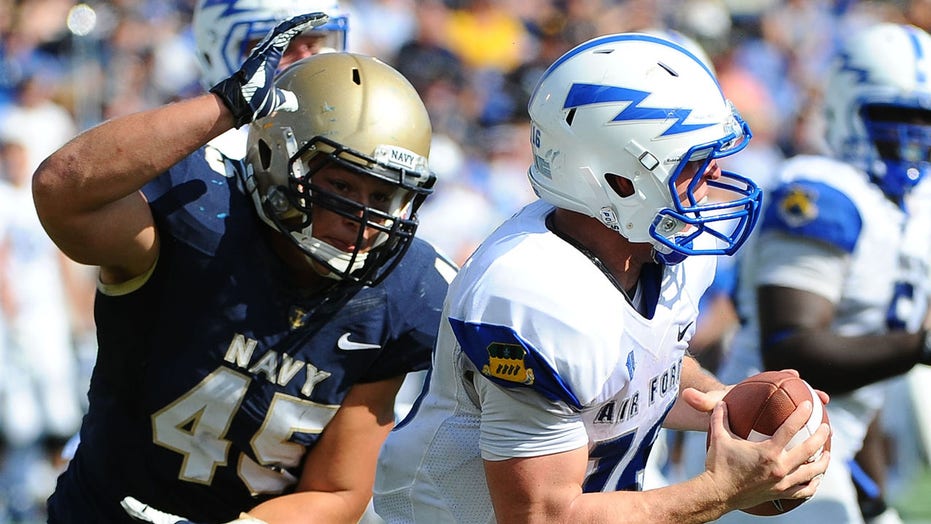 A U.S. Marine who has been out of football for over five years landed a job with the New England Patriots on Sunday after getting a tryout earlier last week.

Paul Quessenberry played defensive end when he was at Navy and last played a game in 2014. He became a U.S. Marine officer the following year, NESN reported.

He was on the Patriots’ tryout list heading into camp last week and signed his first pro deal Sunday.

The 28-year-old played defensive end for the Midshipmen but is set to convert to tight end. He played in 38 games over four seasons at Navy from 2011 to 2014. He recorded 80 tackles, 3.5 sacks, a fumble recovery and a forced fumble during his collegiate career.

The Patriots have had a history of taking flyers on players who had military backgrounds or who came from military or law enforcement families. Running back James White’s parents worked in law enforcement in Florida, Rex Burkhead’s dad was an FBI agent, Jason and Devin McCourty’s father served in the U.S. Army and Joe Cardona served in the U.S. Navy, Military.com reported.

Quessenberry is also the brother of current NFL offensive linemen David and Scott Quessenberry, according to Capital Gazette.

David Quessenberry has played for the Tennessee Titans, and Scott Quessenberry is a member of the Los Angeles Chargers.