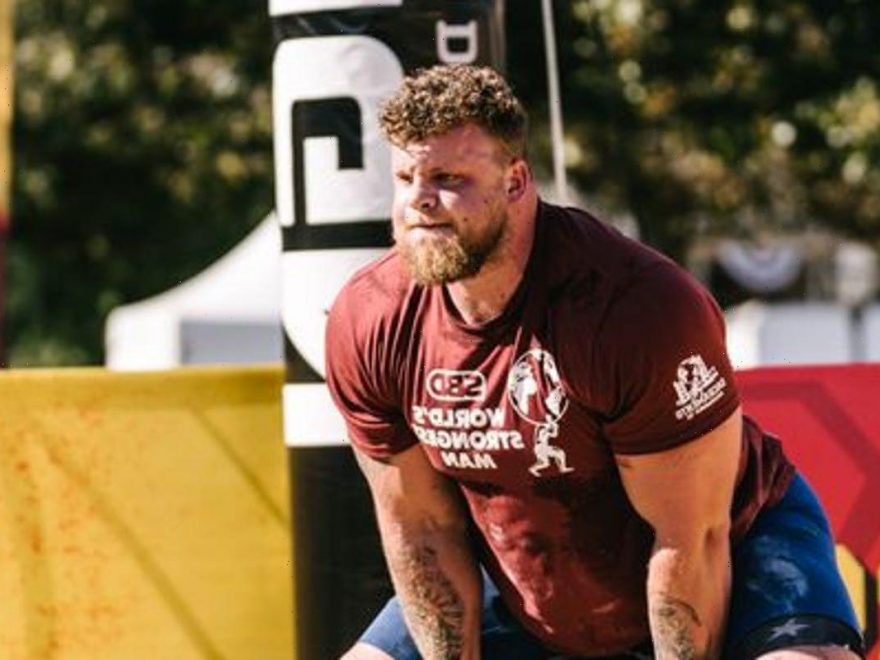 The United Kingdom's Tom Stoltman is the 2021 World's Strongest Man, but the victory holds meaning to the Scotsman far beyond the five days of competition. It represents fulfilling a promise he made to his mother before she died five years ago.

"It hasn't really sunk in yet," Stoltman told USA TODAY Sports. "I told one of the guys a few years ago that in a few years' time I was going to win World's Strongest Man for my mom. Three years later, I've done that, and it just feels surreal."

Stoltman came up just short in last year's World's Strongest Man competition, coming in second to Ukraine's Oleksii Novikov. This year, Novikov failed to qualify for the final round, and Stoltman was able to best the field, which included his older brother, Luke.

The Stoltmans are the only pair of siblings that have both qualified for the World's Strongest Man finals. Luke finished seventh overall in this year's contest, but Tom attributes much of his success in the sport to his brother.

"If I didn't have Luke, I wouldn't be sitting here as World's Strongest Man," he said. "He is the one that keeps my head up when I'm performing not the best, and he helps me get through to the finish, which is exactly what he did today."

After dominating two events on the first day of the finals, Stoltman led the field by 5.5 points, but American Brian Shaw gave Stoltman a run for his money. Shaw broke his own world record in the Reign Total Body Fuel Keg Toss, heaving the 15 kilogram keg over a 7.75-meter-high bar.

A post shared by The World's Strongest Man (@theworldsstrongestman)

On the second day of the finals, Shaw closed Stoltman's lead to just one point prior to the last event, the Atlas Stones. Unfortunately for Shaw, the Scotsman is the world-record holder in the Atlas Stone Lift and finished first in the event at World's Strongest Man in both 2019 and 2020.

"My mom was the reason," Stoltman said. "When I make I promise, I want to fulfill that promise. I just used the adrenaline, and her and my family back home as well. I just put it all up into one big ball and use that to help me get over the [finish] line."

Sacramento is home to the California State Railroad Museum, so this year's competition worked to incorporate its host city's history with trains into the events. The finals included a brand new event called the Titan's Turntable, in which athletes pushed an antique train 180 degrees on a turntable built in 1911. The Train Pull, a timed race to drag a 50–80 ton locomotive along a 20-meter track, was also competed for the first time since 2003.

While the 2020 World's Strongest Man competition had to overcome challenges posed by both COVID-19 and a hurricane, this event signaled a return to normal. Because California began reopening June 15, fans were able to attend the competition at full capacity.

"It was great that that was the first day of our competition, to be able to have fans on site, and to have that energy and enthusiasm," said Rebecca Levin, vice president of IMG Media, which organizes the competition. "To be here to witness all of that was just incredible."