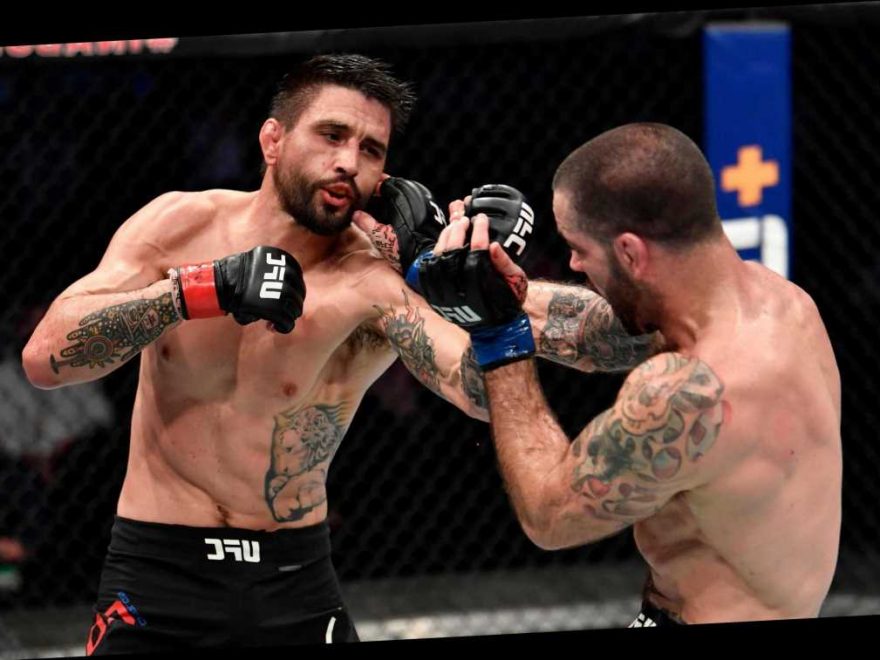 The fan favourites locked horns with one another on Saturday night in the co-main event even of UFC Fight Island 7 in Abu Dhabi. 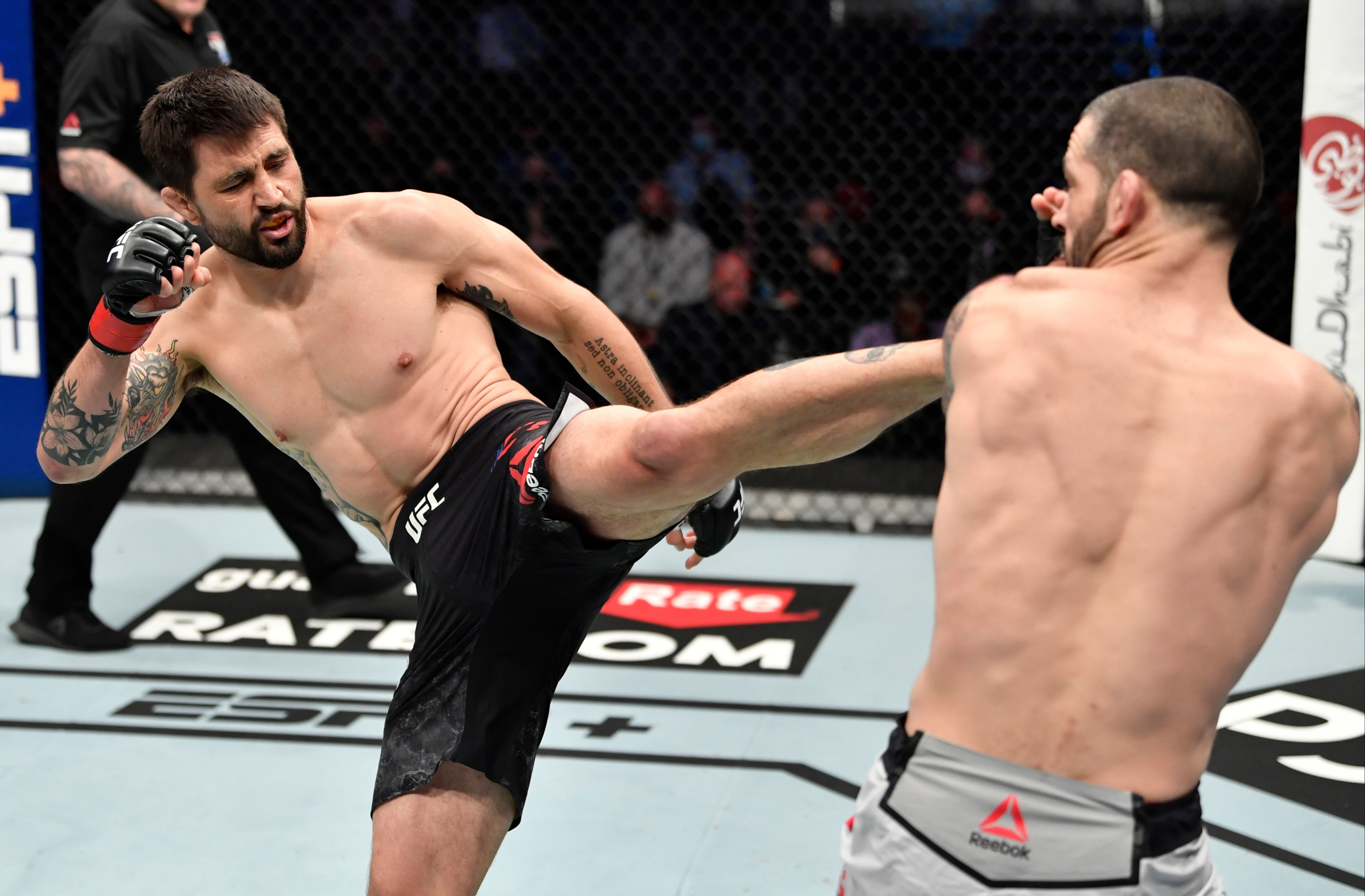 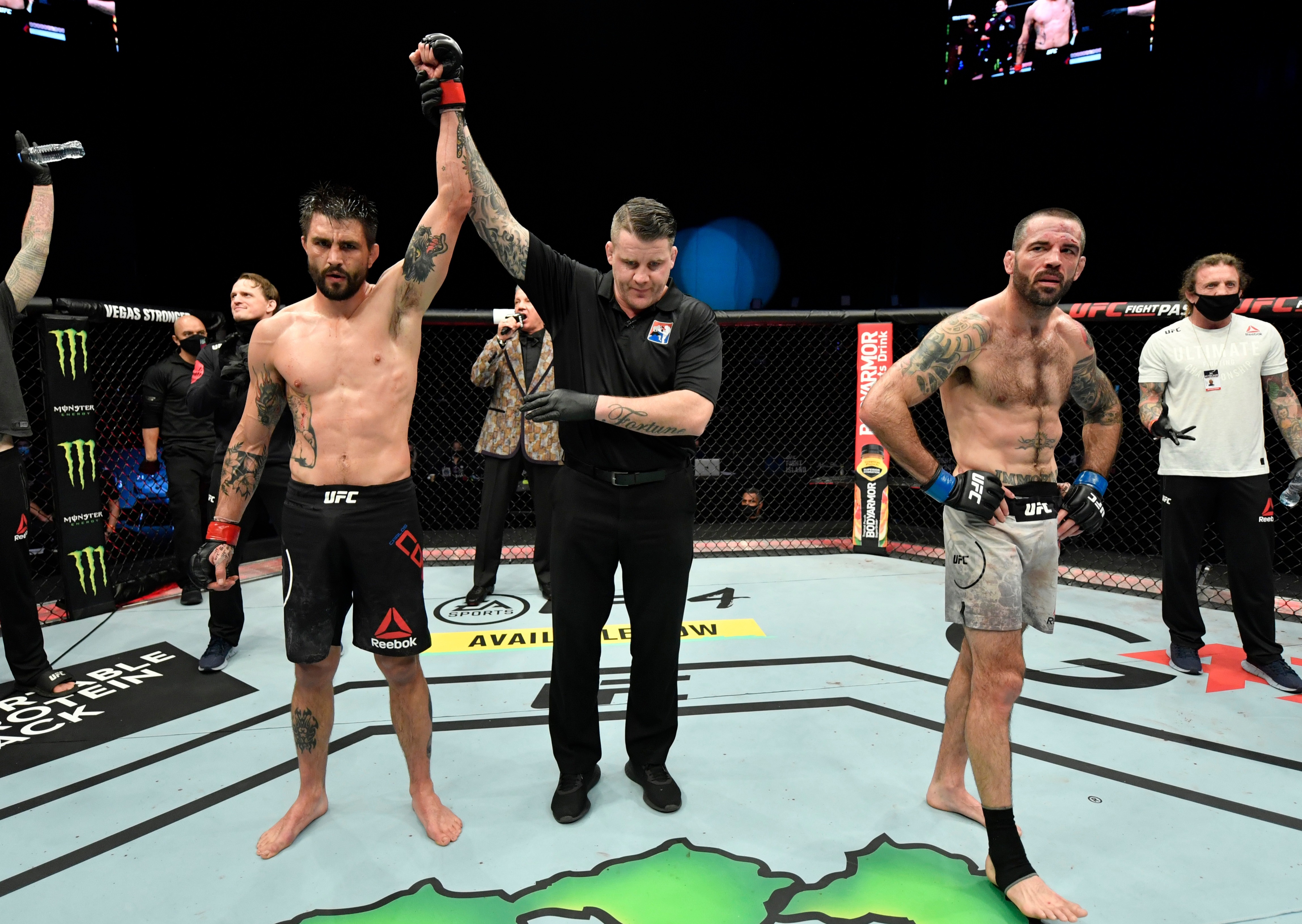 And The Natural Born Killer can now think of making one last run up the welterweight ranks after registering his second win in a row, which came courtesy of a unanimous decision victory.

The long-awaited meeting of the future hall-of-famers – which had fallen through times previously – started with Brown immediately hunting down the former WEC welterweight champion.

Condit looked the sharper on the feet early doors but soon found himself on his back eating shots from inside his guard.

Brown did a good of creating space to land his strikes whilst preventing Condit from making progress with his multiple triangle attempts.

Condit managed to reverse position with 30 seconds left on the clock but didn't have enough time to make any significant progress.

Fan favourite Condit came out aggresive in the second, twice attempting to land his favourite jab-cross-headkick combination. But his overzealousness led to him walking straight into a nasty lead elbow.

Aware that he was far stronger in the clinch, Brown pressed for another takedown up against the cage. He was unable to secure double underhooks but was able to land a beautiful elbow on the break

Condit flipped the script with a takedown of his own with just over two minutes of the round left and immediately went to work in Brown's guard.

The JacksonWink MMA standout landed several elbows and rabbit punches to the head and body of The Immortal, which were seemingly enough for him to level the score at one round apiece.

The third round, unfortunately, kicked off with an accidental groin strike from Condit. But after a brief interval, Brown was ready to go.

Just as he did in the previous round, Condit was aggressive with his strikes. Brown was more than happy for his fellow fan favourite to come forward as he looked to level change and secure a takedown.

The persistence of Brown to bring the fight to the ground ultimately worked against him as Condit avoided his single-leg takedown and gained dominant position on the ground.

But the pendulum swung again in Brown's favour after he secured another takedown following Condit's wall-walk.

Those cageside thought Brown's success in the first and third rounds would be enough for him to get his hands raised ahead of the judges' decision.

The officials, however, saw the fight differently, with all three of them scoring it 30-27 in Condit's favour.