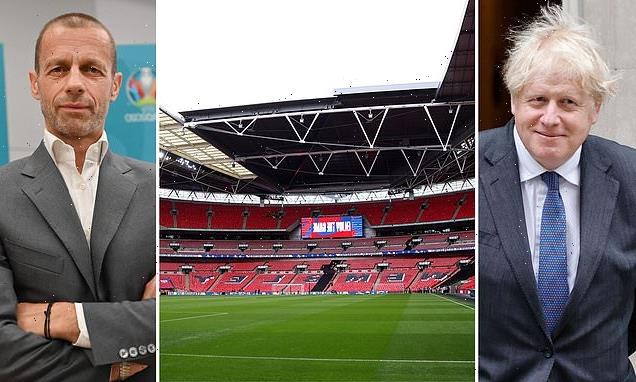 UEFA ‘warns it will take the Euro 2020 final AWAY from Wembley and move it to HUNGARY unless quarantine restrictions are waived for 2,500 VIPS to enter England’ for showpiece event

UEFA have threatened to relocate the Euro 2020 final to Hungary unless the Government provides a quarantine exemption for 2,500 VIP officials.

England are due to host the tournament’s semi-final and final at Wembley – with the latter taking place on Sunday July 11.

However, UEFA are said to be discussing their options given the current quarantine restrictions in the UK.

UEFA have said they are prepared to change the venue if the hosting city are under Covid restrictions that could prevent fans, officials and important corporate guests from attending the games.

According to The Times, UK ministers are now discussing a proposal to exempt UEFA and FIFA officials, politicians, sponsors and broadcasters from having to self-isolate. 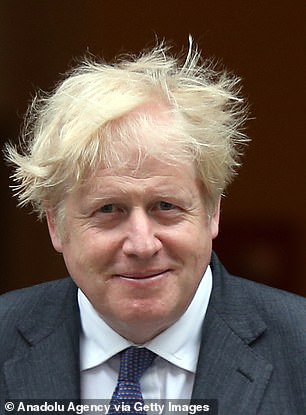 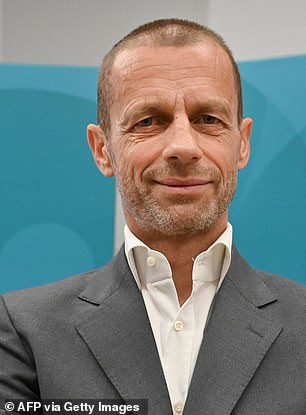 As it stands, a ten-day isolation is required for people arriving from countries that are on the amber or red list – and to make matters worse every team in the European Championship is currently on the UK’s amber list (apart from Turkey who are on the red list).

However, the exemption would allow 2,500 VIP’s to attend games at Wembley during the knockout stages.

It would also allow them to watch each team’s training sessions and attend UK government meetings without undergoing a period of isolation. 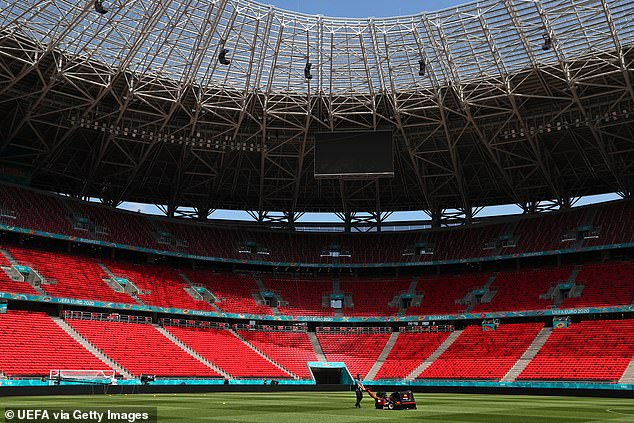 Should ministers decide against the exemptions, UEFA will moved the Euro 2020 final to Budapest in Hungary as they will have no boarder restrictions within the Schengen zone

Should ministers decide against the exemption, UEFA will move the Euro 2020 final to Budapest in Hungary as they will have no border restrictions within the Schengen zone as of next week.

Budapest would also have the ability to fill stadiums to their max capacity and entertain fans from all across the globe for the final taking place in July.

Wembley, however, would only be at 50 per cent of its 90,000 capacity for the semi-final and final this summer – regardless of the exemption.

UK minister are eager to stop the relocation of the Euro 2020 final and are said to be discussing the public health risks associated with the relaxed measures. 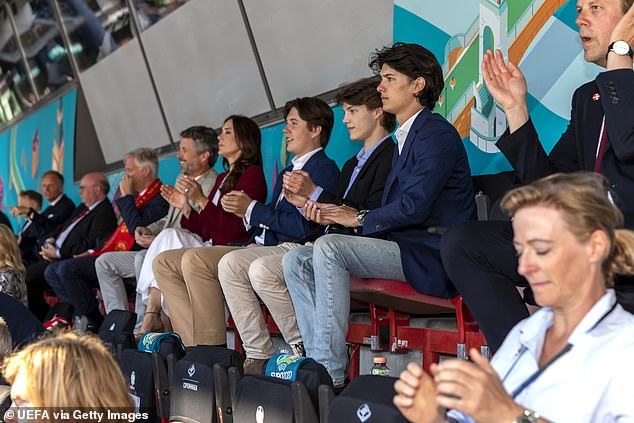 The Government are said to be particularly focused on the Delta and Indian variant of the virus and will look into the affect the relaxed measures may have before agreeing to any forms of exemption.

However, the exemption would boost England’s 2030 World Cup bid as it would allow Boris Johnson to meet senior figures from UEFA.

It would provide the Prime Minister with the opportunity to secure the required backing and could potentially see the country land their first international tournament since 1996.

Nevertheless, the decision to relax restrictions for Euro 2020 could cause controversy among the British public after having their holidays restricted for the past year.