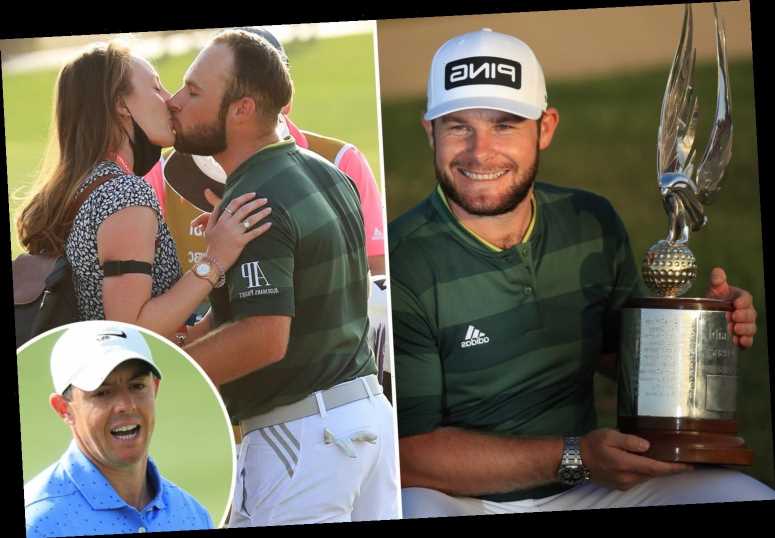 TYRRELL HATTON laughed it off when his fiancé told him he could leapfrog over Rory McIlroy and become the top UK golfer in the world rankings if he won the Abu Dhabi Championship.

But Emily had the last laugh, as Hatton came from a shot behind third round leader McIlroy to romp to a four stroke victory and move past him on the world list. 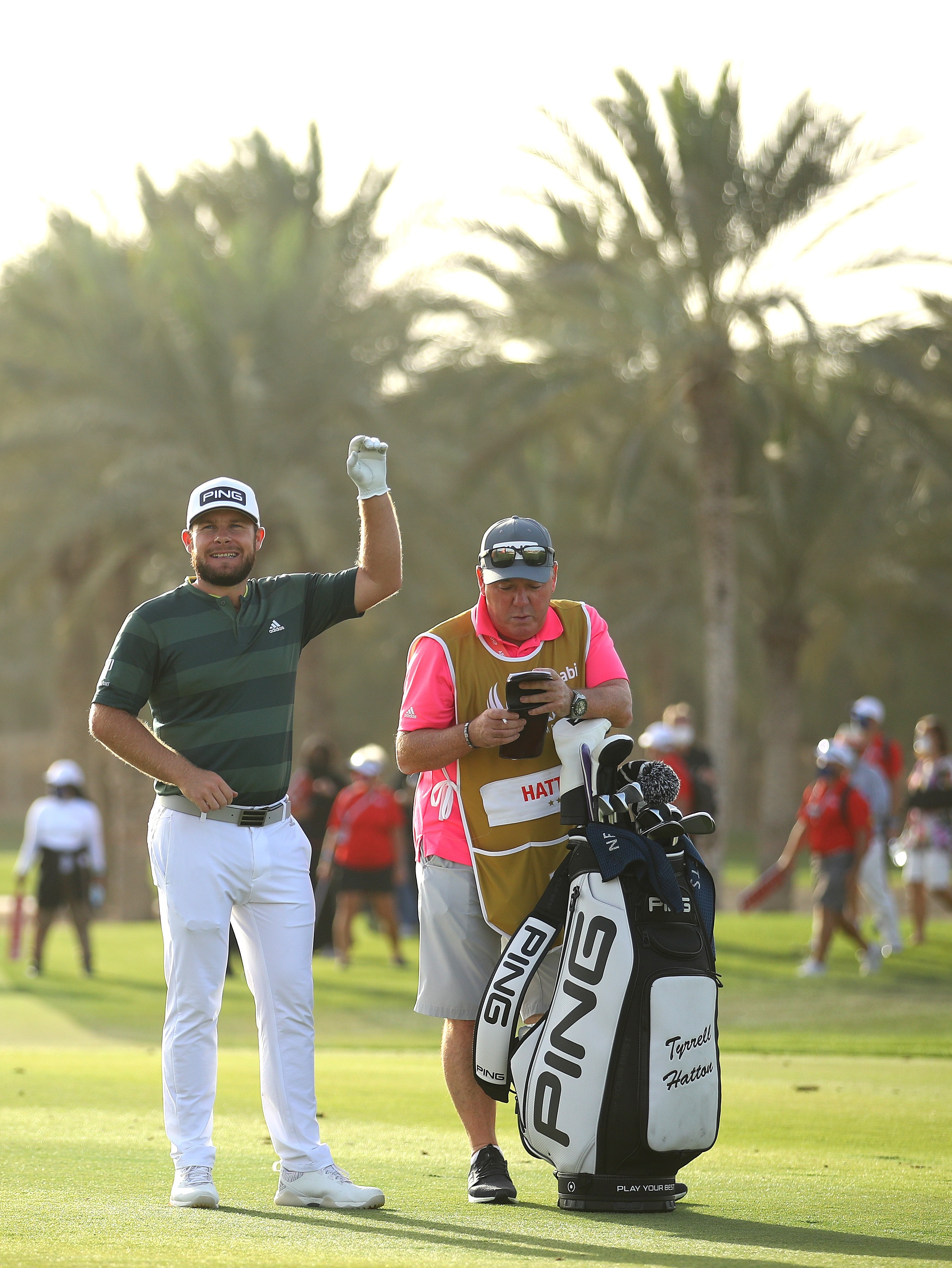 The High Wycombe golfer fired a brilliant bogey-free 66 in the final round, while McIlroy could only manage a level par 72, and was edged out of second place by fast-finishing Aussie Jason Scrivener.

This was Hatton’s fourth victory in his last twenty starts. All of his winner’s cheques have been for more than a million dollars, underlining the quality of his golf over the last 14 months.

McIlroy has not managed a top two finish since he won the HSBC World Golf Championship event a month before Hatton started his run. So he can hardly argue with the shift of power.

But Hatton, 29, is finding it hard to believe he is ranked higher than his Ryder Cup team-mate.

He explained: “Emily saw something on social media earlier in the week saying I could overtake Rory if I won, and she mentioned it.

“Just the thought of it was kind of bizarre. It’s just so crazy. For me, when Rory is at his best he’s still the best golfer in the world, for sure.

“He’s very impressive. He’s won four Majors and he’ll go into the Hall of Fame. So to get over the line against him is a great feeling. And of course I’m a good two years younger than him – just a puppy really!

“I genuinely have to pinch myself when I look at where I am in the world rankings. I always give it my best and I’ve been fortunate to play so well in some really big events.

“But four big wins in twenty tournaments – it’s incredible  when you think of it like that. I dreamed of playing on European Tour as a kid, and to win the titles I have so far is amazing.

“I started at the bottom of the pro ranks, on the mini tours, and worked my way up, and I guess that kind of gives you a grounding. And all that’s happened since then – it’s just surreal.”

Hatton was famously pictured hugging a toilet bowl during the celebrations that followed his maiden PGA Tour win at the Arnold Palmer Invitational last year, but promised to be more subdued this time. 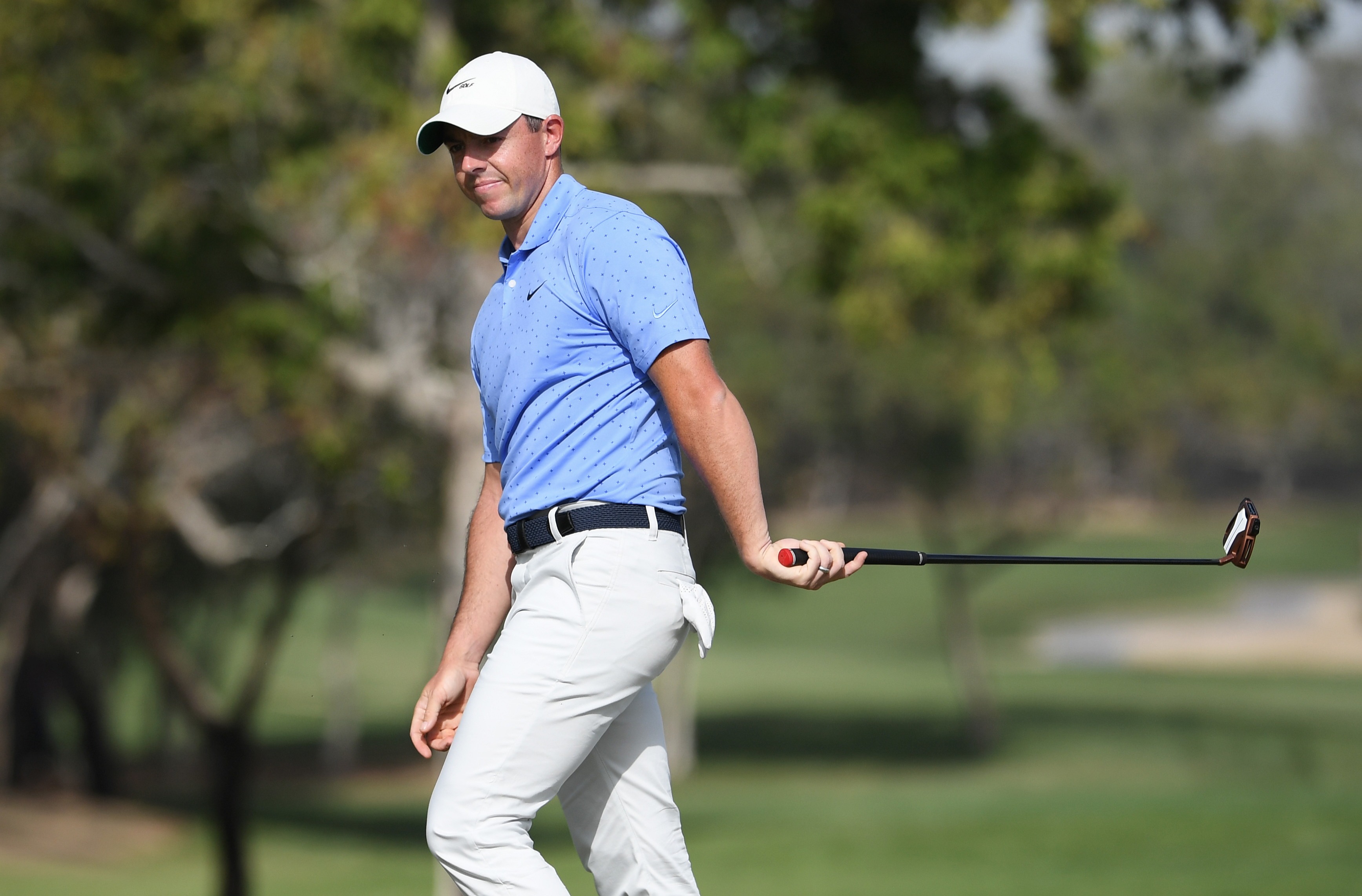 He added: “I hope there won’t be any more need for that sort of thing. I have to behave a bit more. My main concern will be my caddie, Mick – hopefully I won’t need to put him to bed tonight. “

Scrivener played the last nine holes in seven under par to pass McIlroy, who was two clear of the field when he birdied the second and third holes.

But his only other birdies came at the par five tenth and 18th, and four bogeys meant he could not live with Hatton.

That means the ‘Curse of the Falcon’ – which has now seen him finish runner-up in Abu Dhabi four times and third on another four occasions – shows no signs of lifting.

McIlroy commented: “I started great, but I didn’t drive it well after the first couple of holes,  and I found putting tricky in the wind too. Tyrrell played great, and he was a worthy winner.

“I never felt I had my best golf this week. But I scrambled well to stay in the hunt, and there are plenty of positives to take into my next tournament at Torrey Pines later this week.”