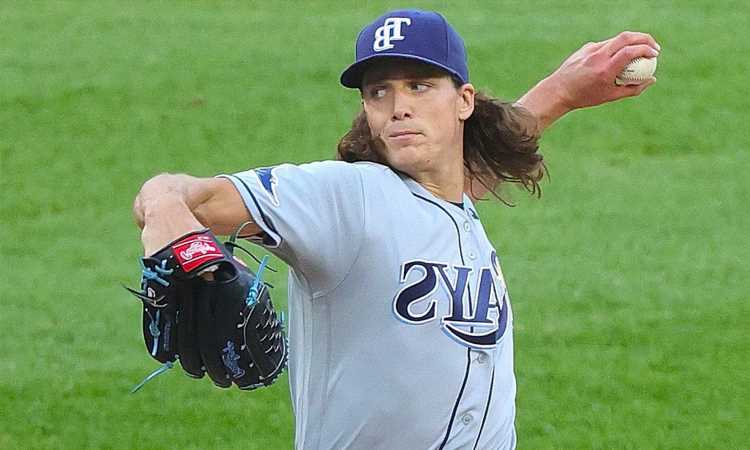 The ultimate Mets scapegoat responds to his many haters

Players left MLB with no choice

MLB reveals its ‘needed’ plan to crack down on cheating pitchers

An MRI of the Rays ace’s arm revealed a partial UCL tear and a flexor strain, the team announced Tuesday, and Glasnow knows who to blame.

The righty cited MLB’s recent crackdown on foreign substances used by pitchers as the cause on his injury, as he’s avoided using rosin and sunscreen in his last two starts.

“Do it in the offseason,” he told reporters. “Give us a chance to adjust to it. But I just threw 80 innings, then you tell me I can’t use anything in the middle of the year. I have to change everything I’ve been doing the entire season. I’m telling you I truly believe that’s why I got hurt.”

The 27-year-old righty left Monday’s win over the White Sox after the fourth inning after experiencing pain in his elbow. In the course of the game, he struck out six players and walked one, throwing 40 of his 53 pitches for strikes. At the start of the fifth, he was replaced by Ryan Thompson.

“The last couple of pitches I felt just a little tug,” Glasnow said following the game. “I didn’t want to go out and chance it. The [velocity] was still there, it just felt not right.”

Further medical evaluation will be needed to establish a timeline for Glasnow’s return. In the interim, he was placed on the 10-day injured list.

According to ESPN’s Jeff Passan, the Rays and Glasnow are hoping to rehab the injury and avoid Tommy John’s surgery.

The injury is a big blow for the Rays (43-24), who entered Tuesday with the best record in the majors. They held a three-game lead on the Red Sox in the AL East and were up nine games on the fourth-place Yankees.