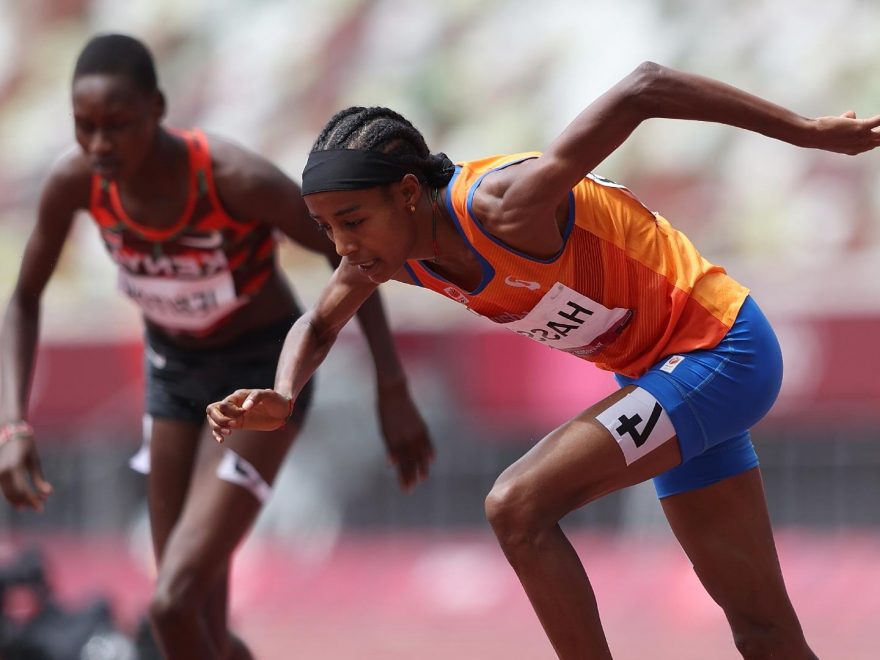 Disaster nearly struck for Sifan Hassan of the Netherlands in Sunday’s heat in the women’s 1,500 meter.

Scratch that — disaster did strike. Hassan just overcame it en route to an improbable come-from-behind win and advancement to the women’s 1500 semifinals on Monday. Hassan, looking to earn an unprecedented three golds in the women’s 1,500, 5,000 and 10,000 at the 2021 Tokyo Olympics, very nearly had that dream smashed when she fell just after the bell lap of Sunday’s heat.

Shortly after beginning the final lap of the 3 3/4-lap race, Kenya’s Edinah Jebitok ran into foot traffic, stumbling and knocking herself and Hassan — who was cruising in the back — to the ground. It seemed as if Hassan, winner of the 2019 world championships in the women’s 1,500, would have to settle for medals in the 5K and 10K.

That is, until she got up and finished the race with a time of 4.05:28, just .11 ahead of Australia’s Jessica Hull. Hassan didn’t have the luxury of waiting to kick into high gear till later in the race, either: She was forced to overcome the huge deficit, expending her energy much earlier than would usually be necessary:

Regardless of whether she completes that legendary triple crown, Twitter was in awe of her determination as she overcame the odds — and the track — to keep those aspirations alive: