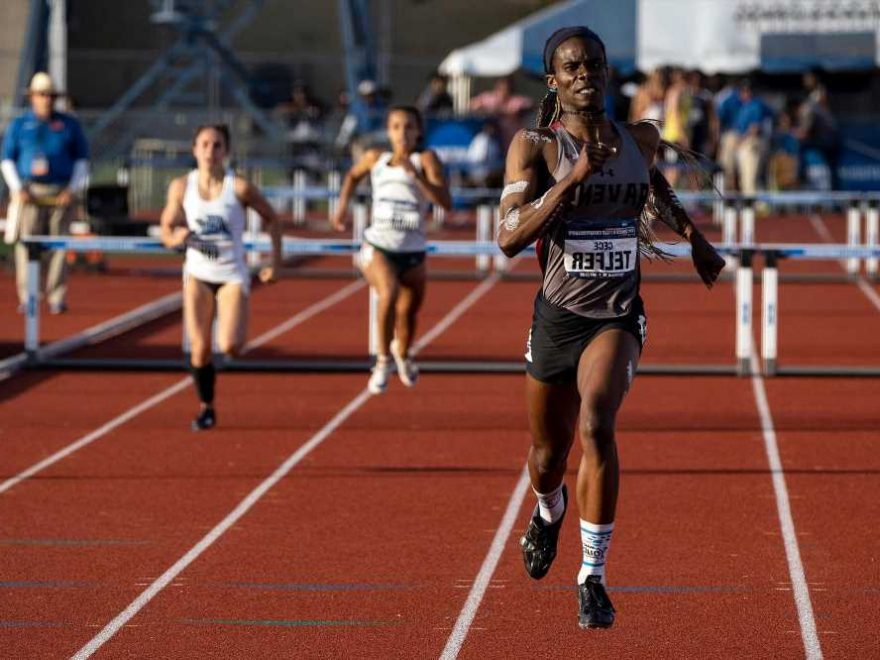 She has been ruled ineligible to compete in the women’s 400-meter hurdles – her signature event – at the U.S. Olympic trials for not meeting the World Athletics eligibility regulations for certain women’s events, according to the Associated Press.

If Telfer qualified, she would’ve made history as one of the first openly transgender athletes to ever compete in any Olympic event.

Telfer was previously listed as a qualified athlete for Friday’s opening heats, but she was missing from Wednesday’s list.

In 2019, World Athletics released new guidelines that cut off international women’s events between 400 meters and a mile to athletes whose testosterone levels were at 5 nonomoles per liter (nmol/L) or more, according to ESPN.

To be eligible to compete for an event under the requirements, Telfer would’ve had to suppress her testosterone levels (below the 5 nmol/L threshold) and sustain them for at least a year.

On Wednesday, Telfer’s manager, David McFarland, said in a statement that Telfer won’t give up on her Olympic dreams despite the outcome.

“CeCe has turned her focus towards the future and is continuing to train. She will compete on the national – and world – stage again soon,” McFarland told AP.

USATF said it “strongly supports inclusivity and providing a clear path to participation in the sport for all, while also maintaining competitive fairness.”

“If CeCe meets the conditions for transgender athlete participation in the future, we wholeheartedly back her participation in international events as a member of Team USATF,” the statement concluded.

Telfer competed for the men’s team at Franklin Pierce University (Division II), before she took time off and later returned to compete for the women’s team.

In 2019, Telfer became the first openly transgender woman to win an NCAA title. At the time, she was a fifth-year senior at Franklin Pierce.