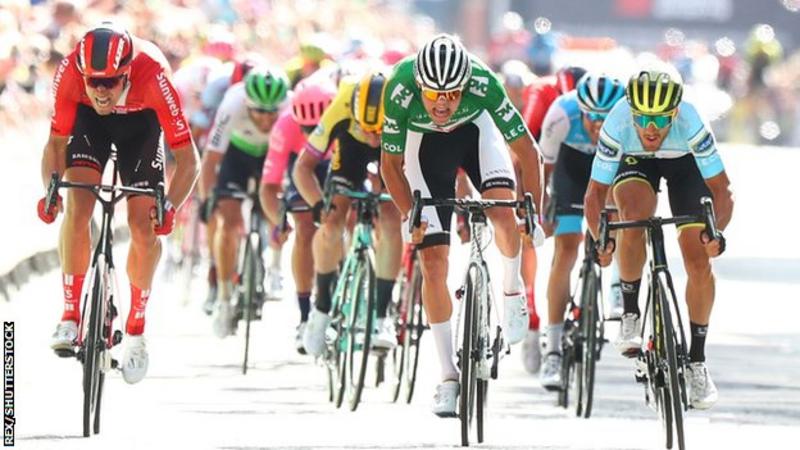 Mathieu van der Poel won the Tour of Britain as he sprinted to victory in the final stage from Altrincham to Manchester.

The 24-year-old Dutchman claimed his third stage victory in a photo finish from compatriot Cees Bol after a finishing sprint up Deansgate.

“I was focused on the line and think I timed it perfectly,” said Van der Poel.

Speaking to ITV Sport, he added: “I was pretty confident I could hold off the guys around me but you cannot react to everyone. There were maybe 20 guys who could have won.

Despite missing out on the general classification, Mitchelton-Scott rider Trentin claimed the points jersey while Britain’s Jacob Scott was named King of the Mountains.