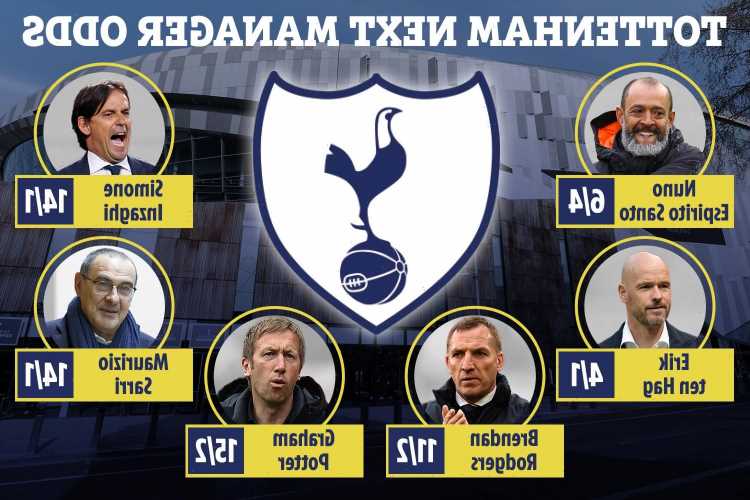 TOTTENHAM'S search for a new managerial appointment has taken another twist after a turbulent 72 hours in the betting market.

Punters latched onto Nuno Espirito Santo after learning he would leave Wolves at the end of the season by mutual agreement. 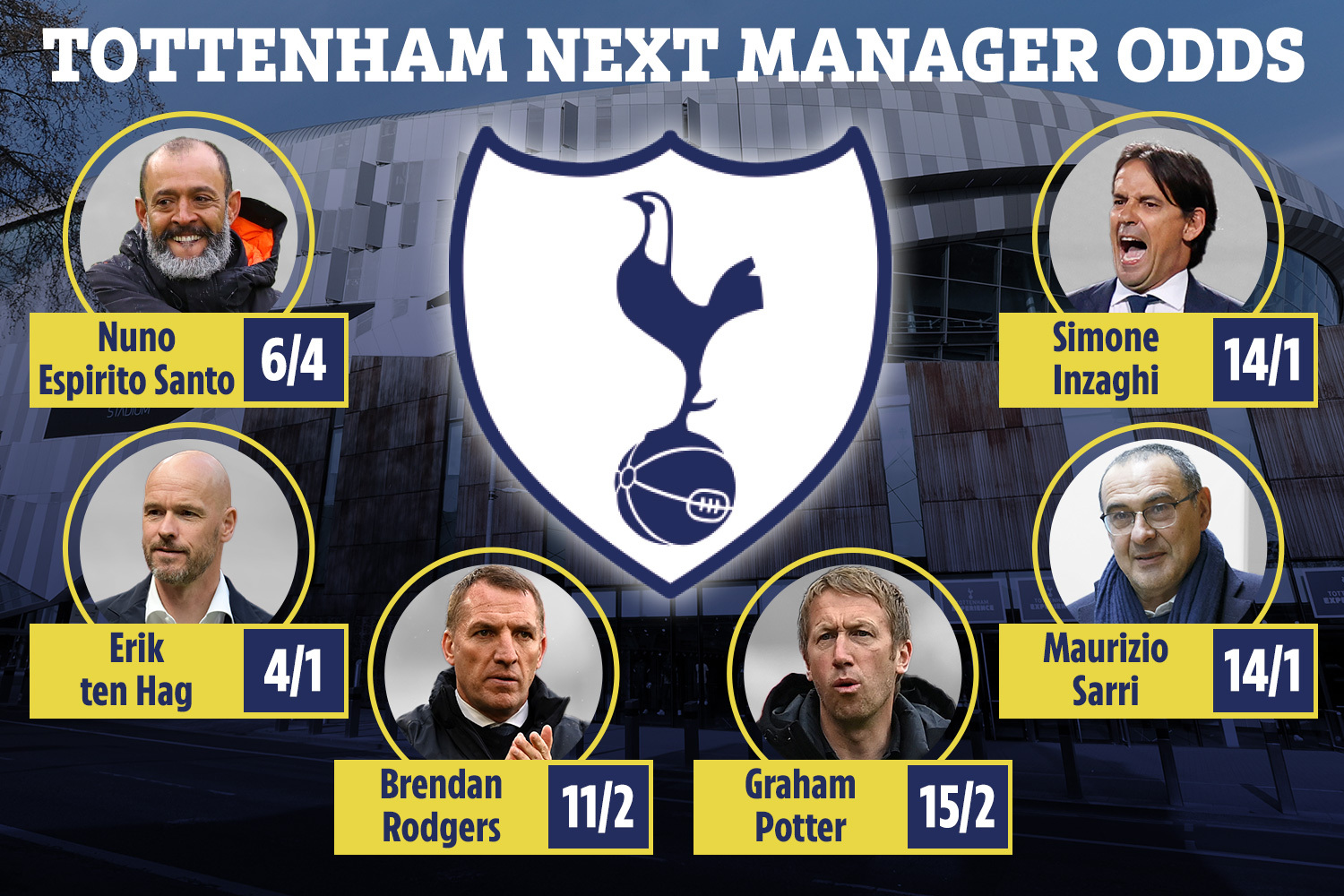 The 47-year-old, who signed a three-year contract extension in September, was made 8/15 favourite soon after the announcement.

But reports now claim that Espirito Santo is NOT on Tottenham's managerial shortlist with his price drifting markedly to 6/4.

The Portuguese was understandably emotional after bidding farewell to Molineux after Sunday's defeat to Manchester United.

But he remained tight-lipped over his future plans.

He told reporters: "What do I want to do? Now I want to rest. We will have holidays and a break. Then, let’s see. The future is here. Day by day, let’s see."

With Nuno drifting, other candidates have seen their prices slashed for the role in North London.

The 51-year-old was reported to have held talks with chairman Daniel Levy shortly before signing a contract extension until June 2023.

But he's back in the frame having landed another Eredivisie title with the Dutch heavyweights.

Leicester's Brendan Rodgers is another whose price has been slashed.

The Foxes boss was available at 16/1 after declaring his intention to stay at the King Power Stadium.

But he's now available at 11/2 after missing out on Champions League qualification on the final day of the Premier League campaign.

However, asked if he could reassure Leicester fans about his future by talkSPORT’s Sam Matterface, Rodgers said: "Yeah, 200 per cent. I absolutely love it here.

"Tottenham is a club that’s one of the biggest clubs in Europe, it’s a fantastic club, the stadium’s amazing, they’ve got great players and obviously they’ll be looking for a manager in the summer.

"But for me, I absolutely love it here. We’re in the middle of a project that we’re two-and-a-half years in.

"All I’m interested in now is going away, reflecting on the game, having a break, recover – it’s been an intense couple of seasons.

“And then ready, get a plan in place again for next season, come back ready to fight again and challenge the elite."

Graham Potter is offered at 15/2 having been 12/1 before the weekend.

But again, the Englishman has distanced himself from the speculation by announcing that he is fully committed to his current club.

He said: "I don’t pay too much attention to things that are outside of my control, things that get written, or speculation.

"It [the Tottenham job] is nothing I have considered. I have got a contract here. I am committed to this, we’ve got a lot to do, we’re just at the start of what we’re doing.”

Former Chelsea and Juventus boss Maurizio Sarri and Lazio's Simone Inzaghi are locked together at 14/1 having BOTH been favourites since Jose Mourinho's departure.