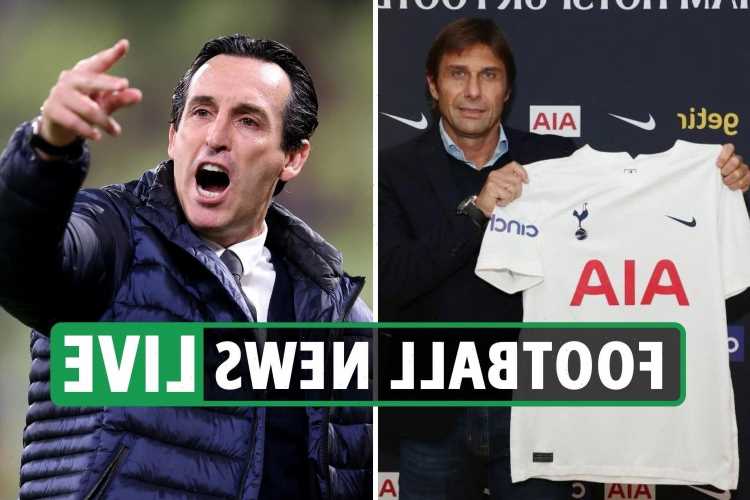 TOTTENHAM have confirmed Antonio Conte as their new manager – and will give the Italian a huge £150m warchest to rebuild the squad.

Nuno Espirito Santo was sacked on Monday morning and Daniel Levy has wasted no time in bringing in his successor.

SunSport revealed how Conte will earn a whopping £290k-a-week in North London, where he has signed a two-year deal.

And we've the very latest from Chelsea as Thomas Tuchel eyes reinforcements in January for their title push.