PREDICTING football's next big thing is a dangerous game.

From gaining the admiration and respect of your peers if proven correct, to utter embarrassment if your Brazilian wonderkid turns into a dud playing in the Dutch third tier – your footballing street credibility can truly be on the line. 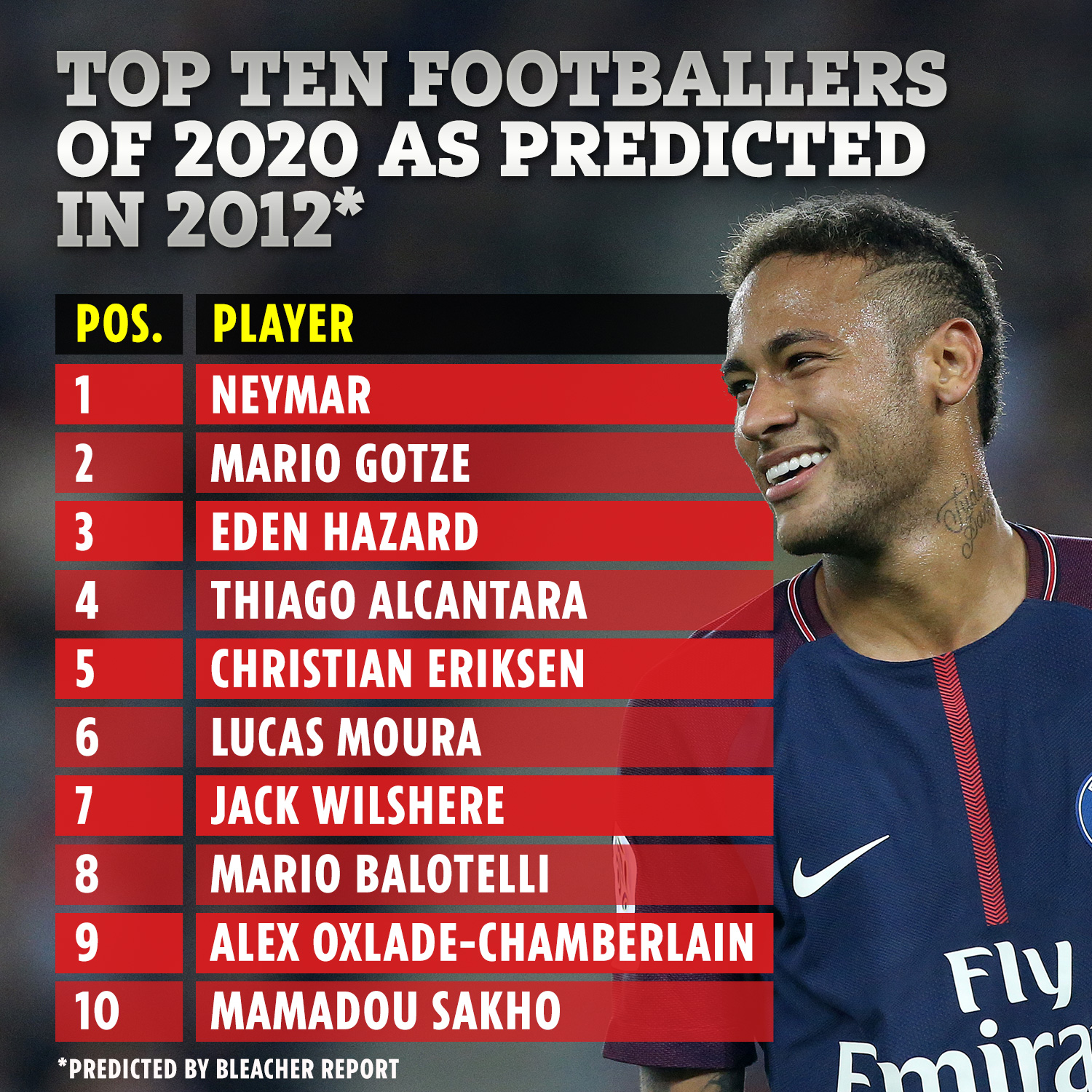 They say fortune favours the brave, however, so kudos to whoever is bold enough to put their hot takes out there to the world.

And that's exactly what Bleacher Report did in 2012.

That was back when Spain had swept Italy aside to claim their third major tournament on the spin, Chelsea somehow won the Champions League and Robin van Persie enraged Arsenal fans by following 'the little boy' in him and moving to Manchester United.

Far from being distracted by that, Bleacher were busy concocting their list of who would be the beautiful game's top ten players as far into the future as 2020.

Set to be deep in their mid-thirties by that point, surely Lionel Messi and Cristiano Ronaldo would have stepped aside by then to let ten other stars shine brightest, right?

Well… not quite. They are in fact, superhuman. But that's quite enough about who wasn't selected, let's take a look at who was – and see how well, or not so, they have done and where they currently reside in football's landscape. 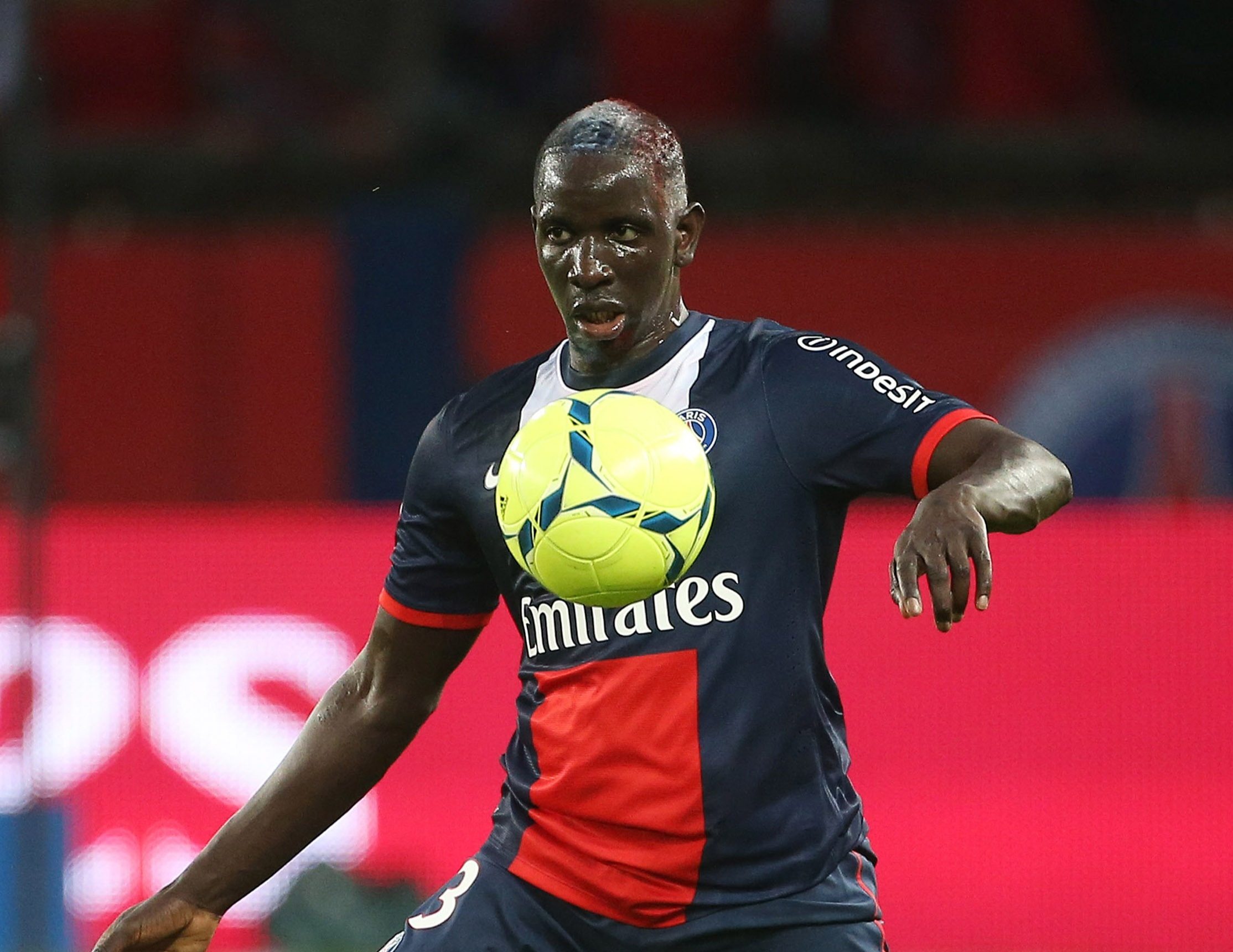 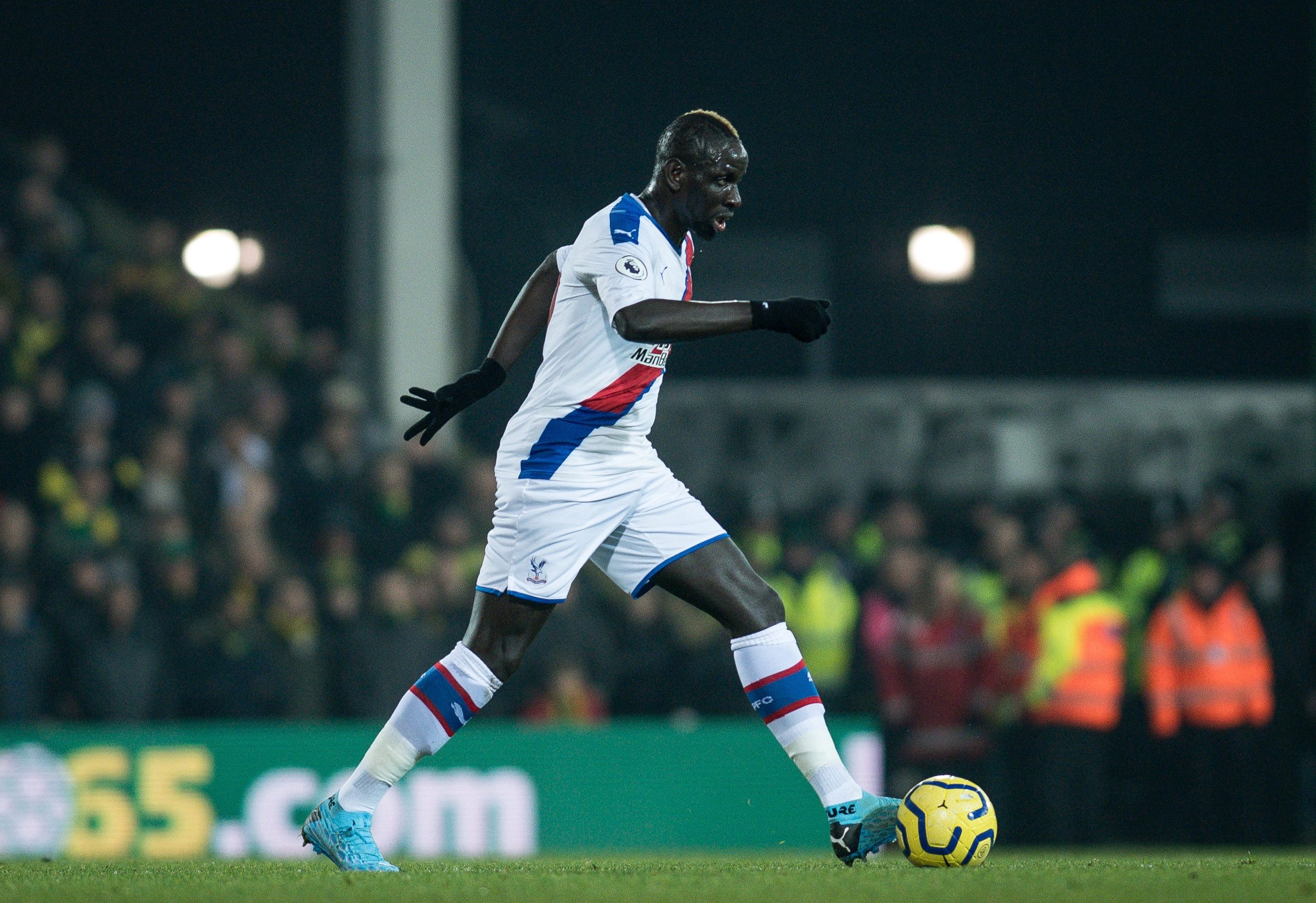 A regular for Paris Saint-Germain in his teens, and a pillar of Laurent Blanc's new-look France squad, things looked rosy for Mamadou Sakho back in 2012.

An £18million move to Liverpool followed a year later and he nearly claimed a Premier League winners' medal under Brendan Rodgers.

Things went south after he was sent home from a pre-season tour of the US for persistent tardiness by next boss Jurgen Klopp, however, and he was promptly shipped off to Crystal Palace – where he remains as a 31-year-old now blighted by injuries. 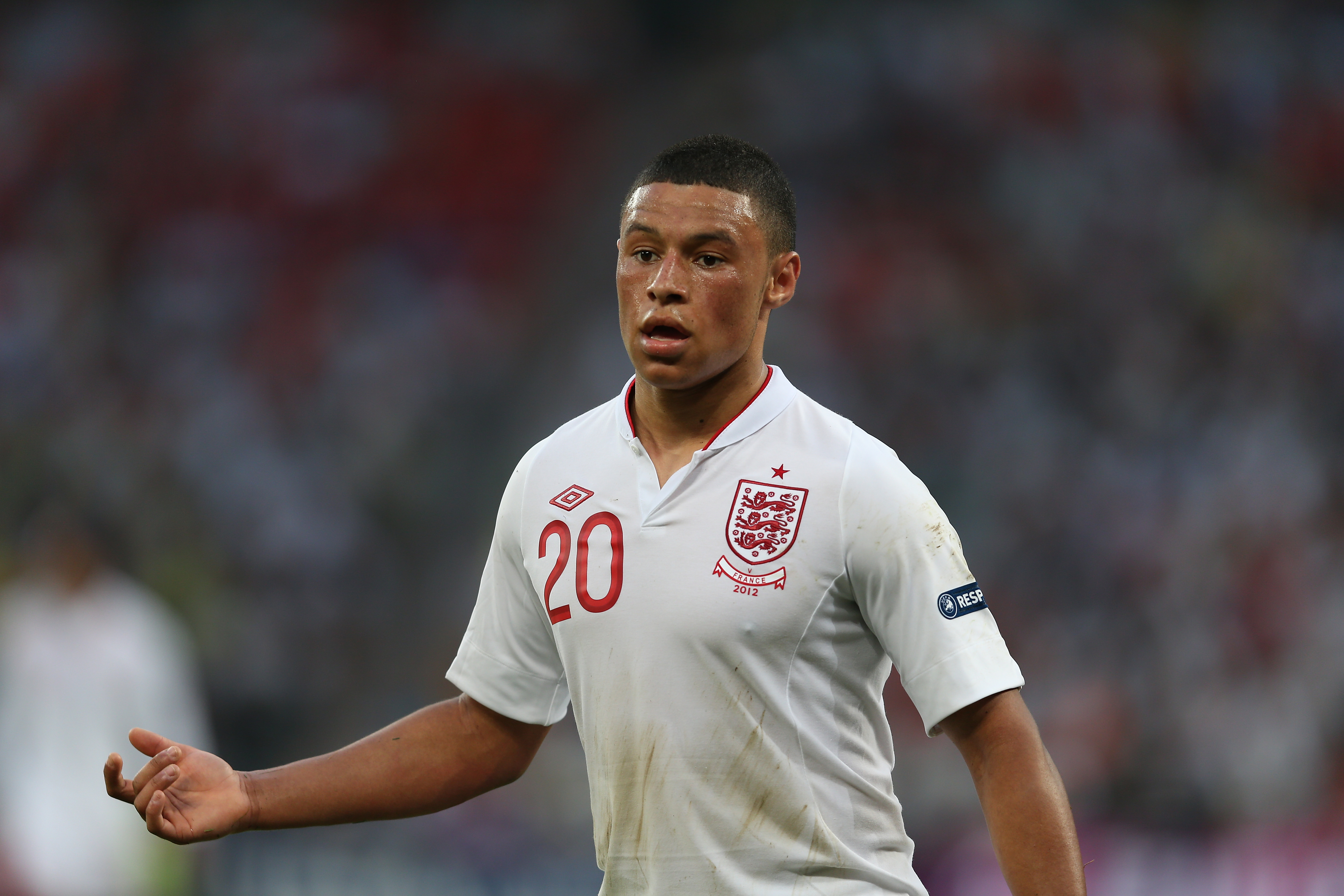 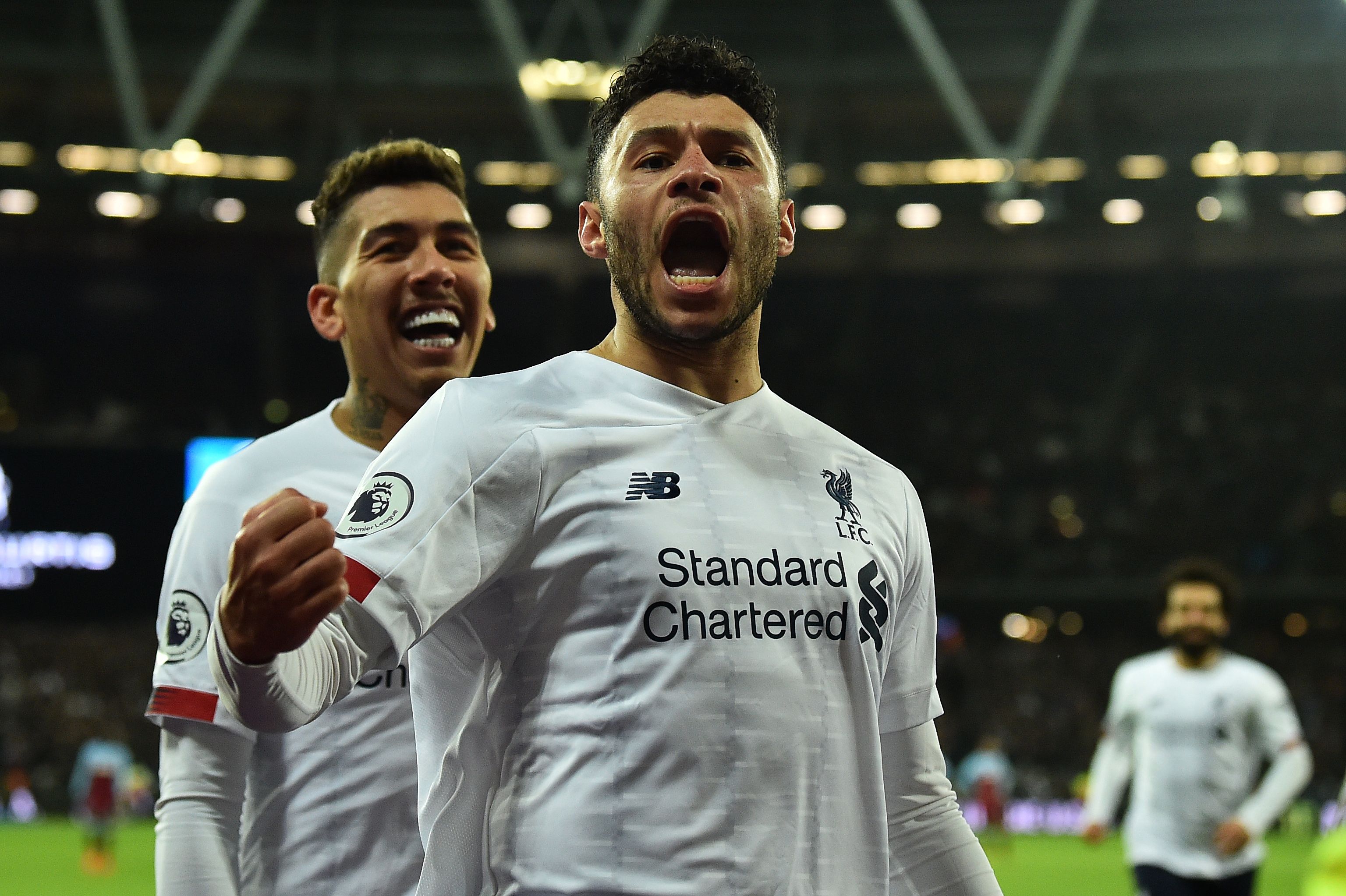 Having burst on to the scene at Arsenal, Oxlade-Chamberlain found himself in England's starting XI at Euro 2012 as a teen – with things all headed in the right direction.

His nine years since, however, have been a mixed bag, with brilliant highs including his Champions League performance against Manchester City for Liverpool, and the lows of his horrific injury troubles that kept him out for the best part of a year.

Now 27, Oxlade-Chamberlain finds himself in a good place – having abandoned the wing in favour of his more natural central midfield position – and he can now call himself a Premier League and Champions League winner. 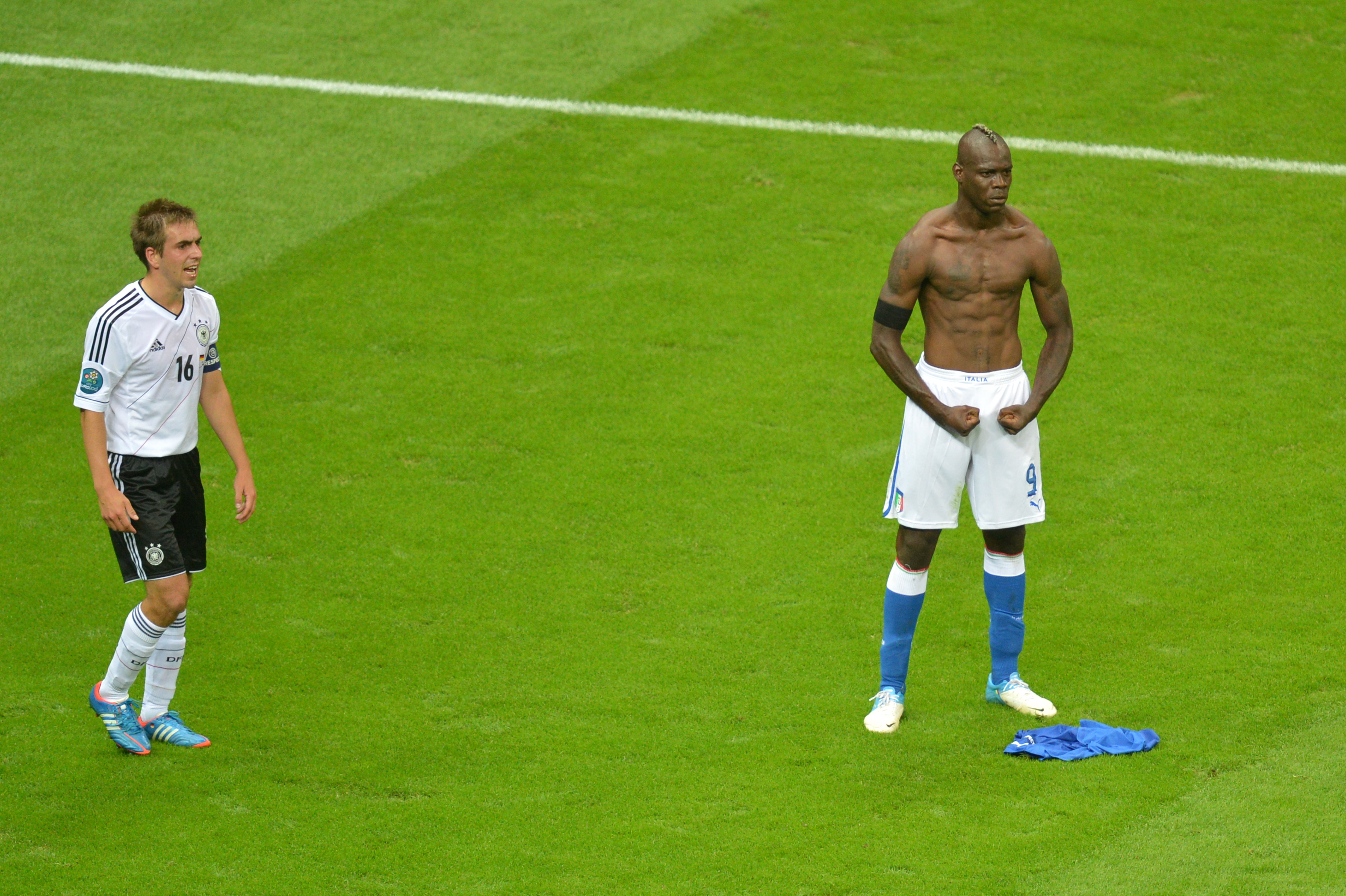 Having been on football fans' radars for a while, things came together in superb fashion for Super Mario in the summer of 2012.

He laid on the title-winning assist for Sergio Aguero in May, before firing Italy to an unlikely European Championships final.

His time at City came to a swift halt, however, before a dreadful spell at Liverpool. He subsequently played well at Nice and Marseille – but had a less enjoyable spell at Brescia – suffering from awful racist abuse.

He ended his contract last year following a bitter fall-out after they were relegated. And he then joined Serie B side Monza and he scored just FOUR minutes into his debut. 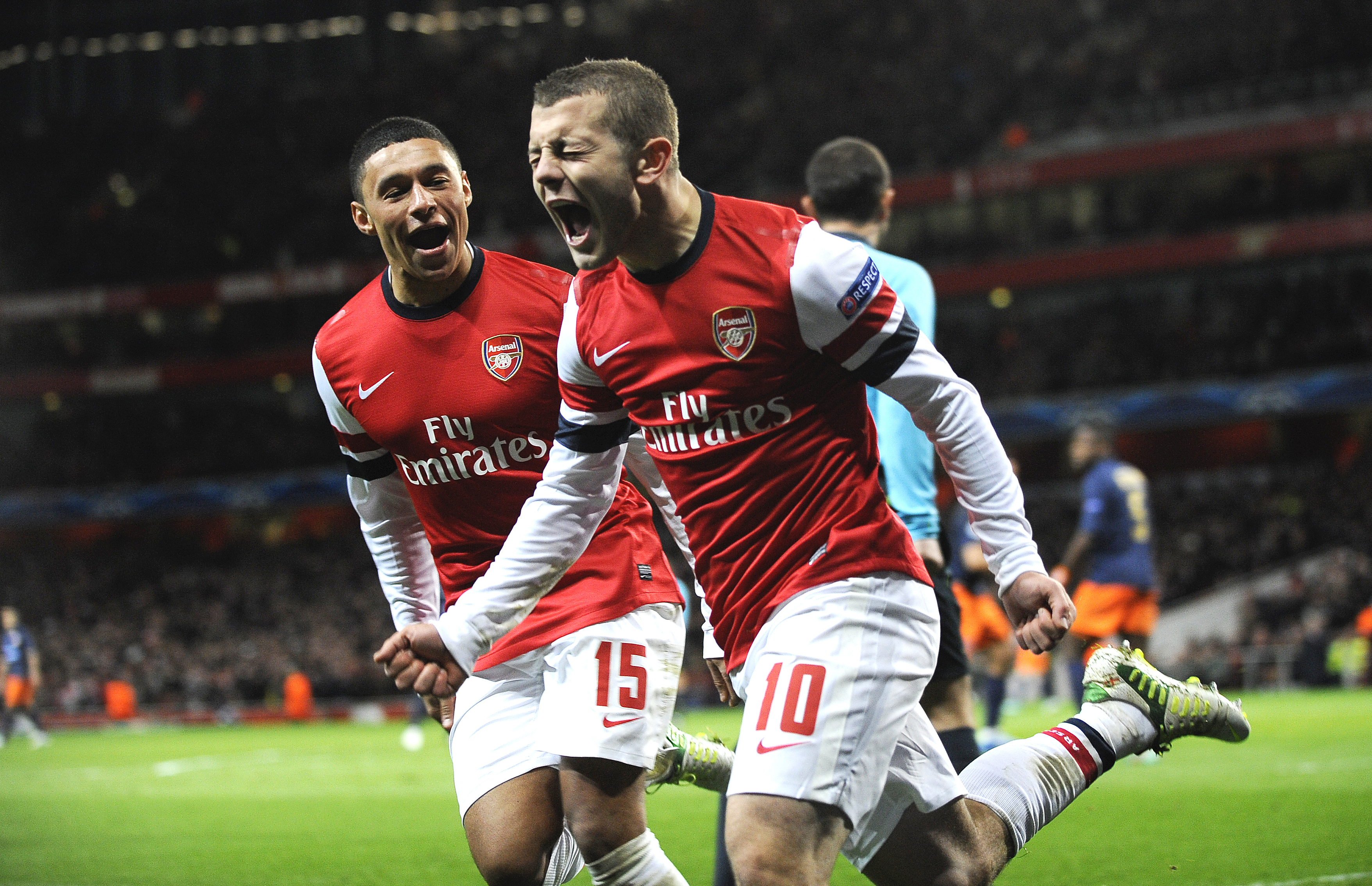 This prediction was a bold one, given Wilshere had just missed the entirety of the 2011-12 season with injury, but the talent he had shown as a teen warranted a punt being taken on him.

Unfortunately for Gunners fans their homegrown starlet would never be fully freed from injury trouble, although he did manage 38 appearances in all competitions in Arsene Wenger's final season.

After speaking to new manager Unai Emery, Wilshere, now 29, was shown the door at the Emirates, opting to cross the capital to West Ham United. But his spell in East London came to nothing as injuries hampered his progress again and he left last October.

After three months without a club he eventually signed for Bournemouth in January. But the Cherries released him at the end of May with the midfielder hinting at 'the end'.

As for his once-bright England hopes, there is next to no chance we will ever see him play for the Three Lions again. 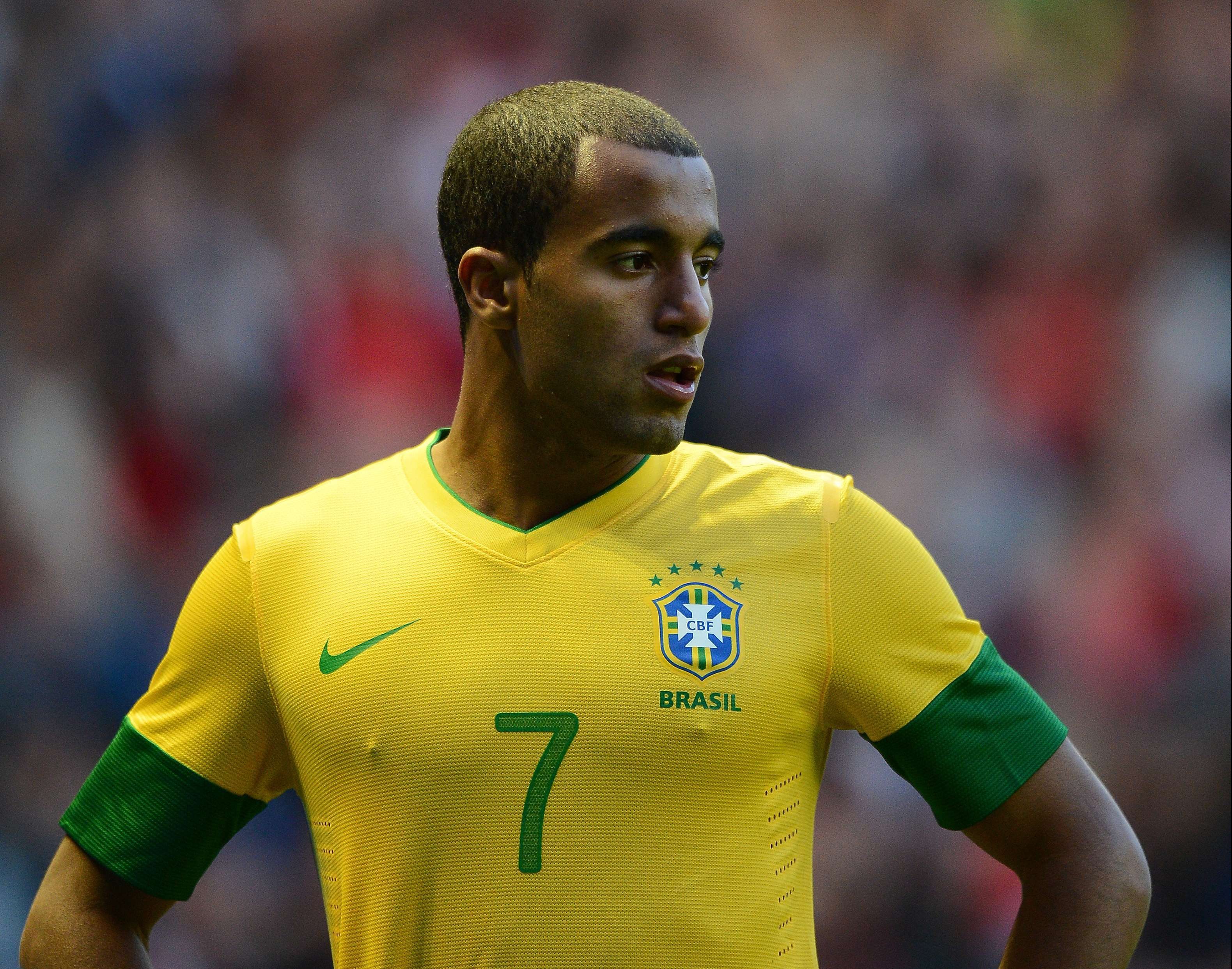 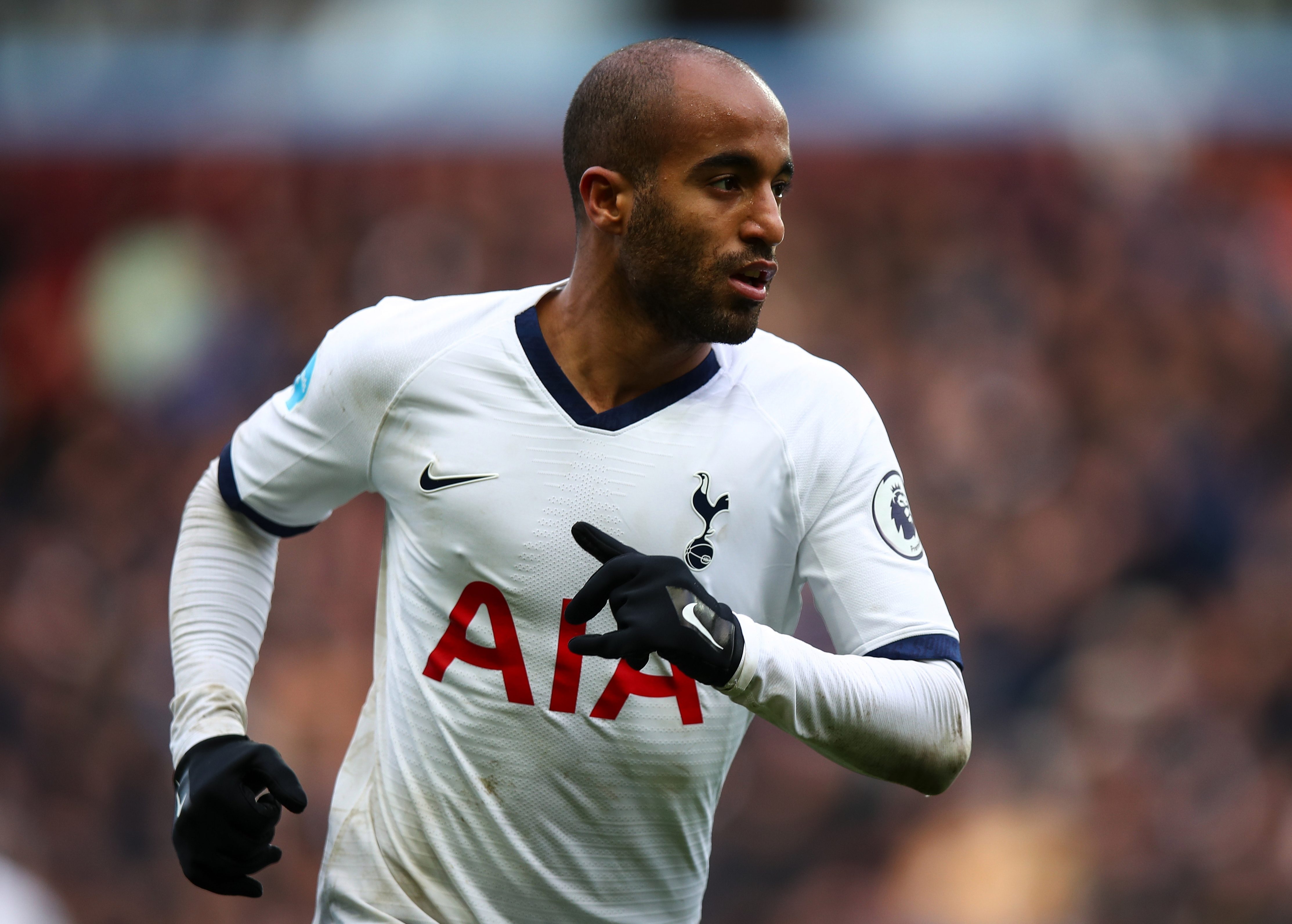 After impressing in his native Brazil for Sao Paulo, Paris Saint-Germain beat off strong interest from Manchester United to sign the flying winger.

He became a regular at Parc des Princes, scoring 46 goals and assisting 48 in five-and-half years at the club, before falling out of favour following the arrivals of Neymar and Kylian Mbappe.

In January 2018 he moved to Spurs, where he remains at 28, undoubtedly peaking with his Champions League semi-final hat-trick against Ajax. 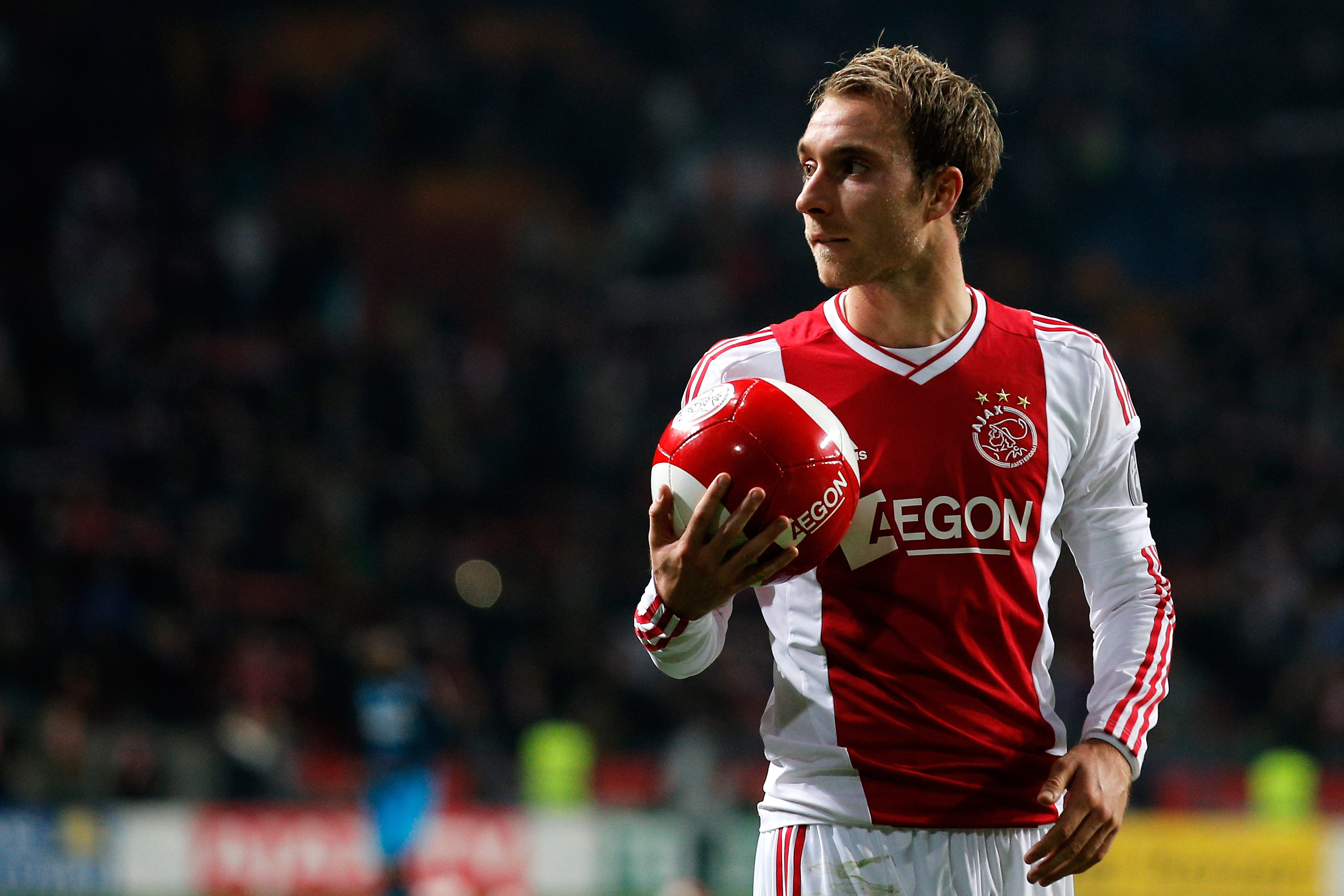 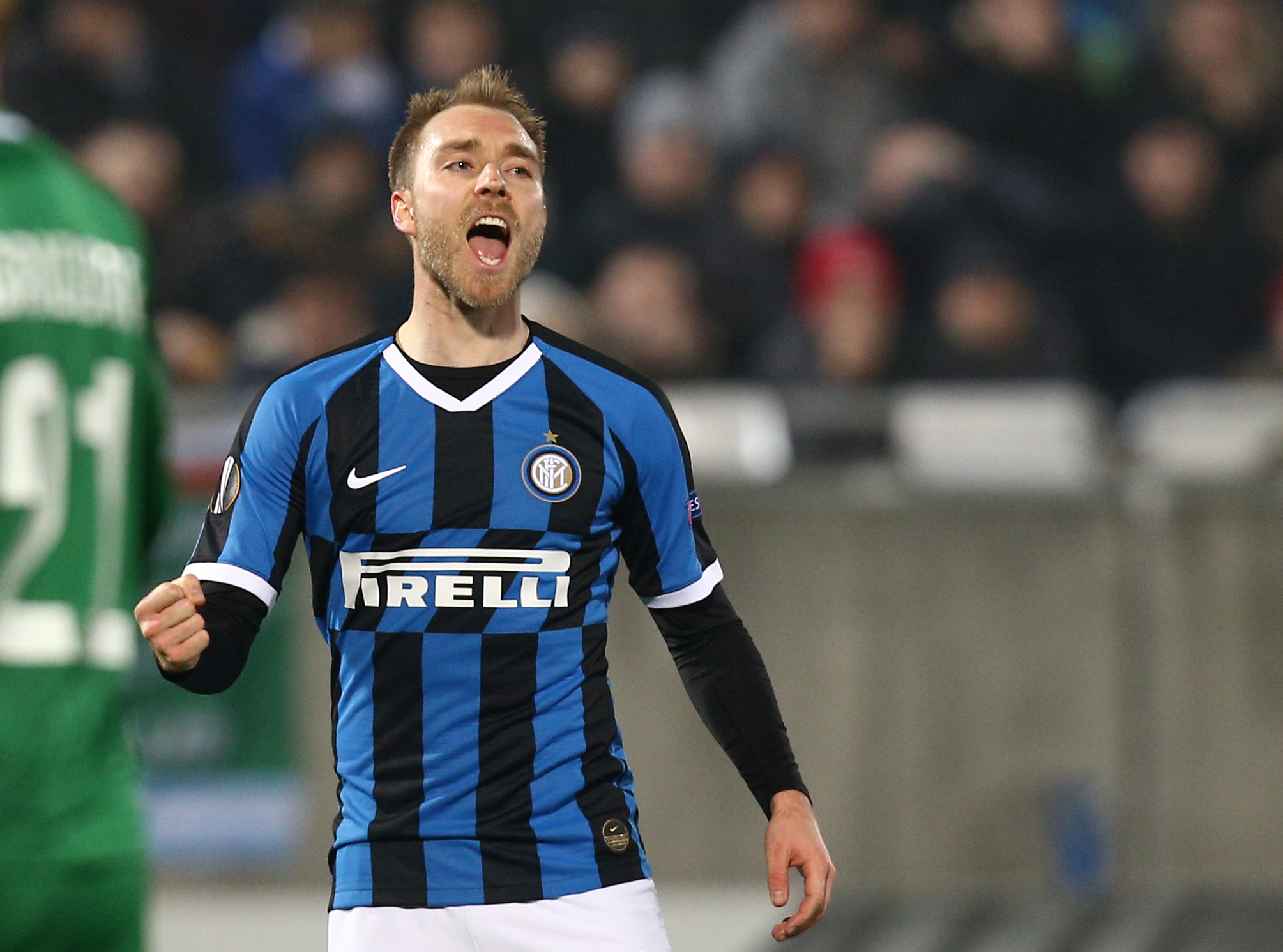 Another that later found himself at Spurs, Eriksen was hot property after bursting on to the scene at Ajax as a teenager.

Following Tottenham's Champions League final defeat he clearly yearned for 'something new', however, and was granted his wish with a £20m move to Inter Milan in January 2020, where he now remains age 29.

But the Dane's entire football career is in doubt after he suffered a cardiac arrest on the pitch during Euro 2020 and had a implantable cardioverter defibrillator fitted. 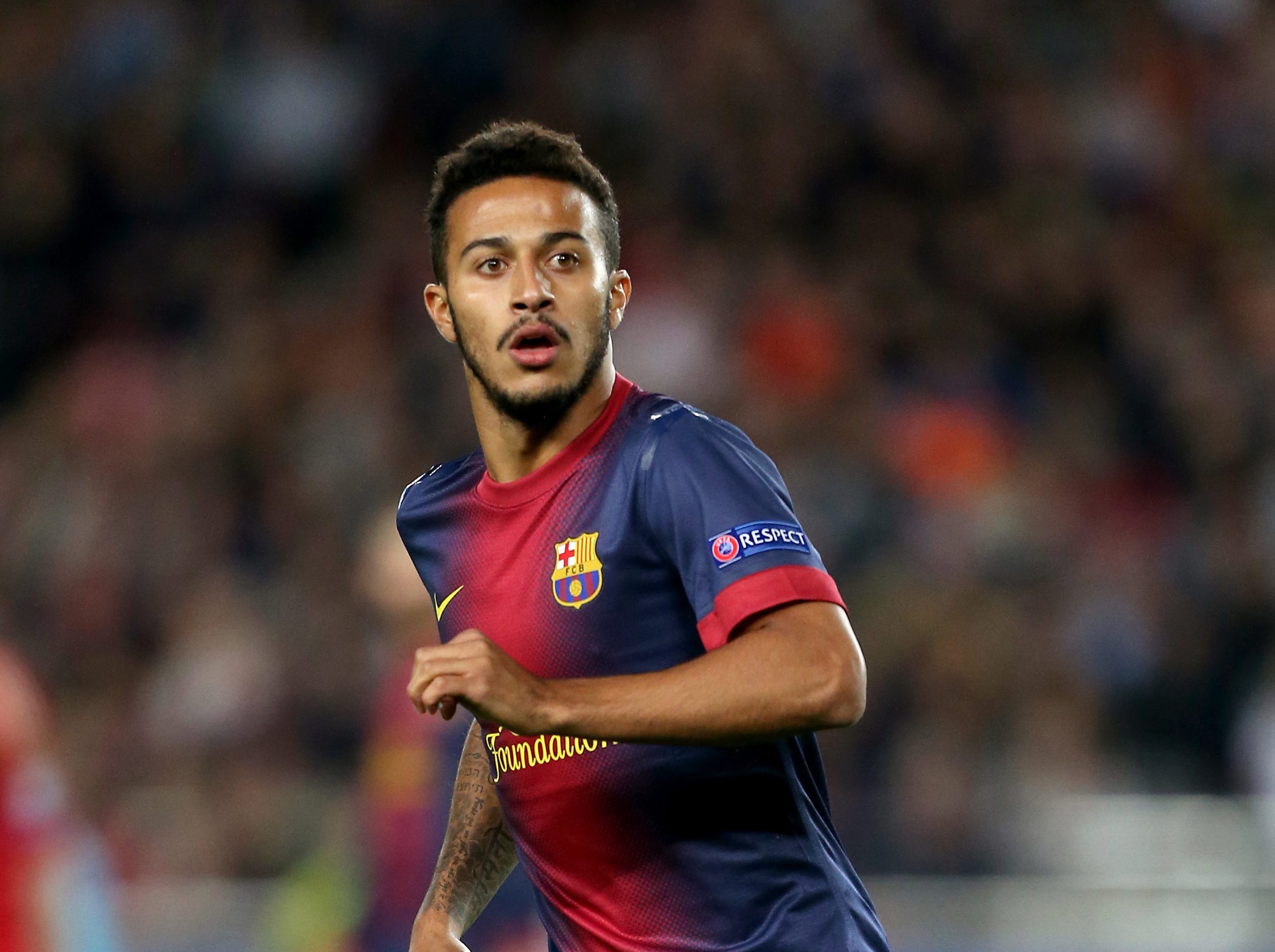 Having been at La Masia since the age of 14, Thiago should have been Barcelona's natural heir to Xavi and Andres Iniesta.

Not content to wait, however, the classy midfielder left for Bayern Munich in 2013, where he has forged his reputation as a genuine superstar.

Having won 17 trophies in Germany, Thiago regularly showed Barcelona what they were missing with his superb, skillful displays at the Allianz Arena.

And his form earned him a move to then Premier League champions Liverpool ahead of the 20-21 season but he failed to hit his best form in his first campaign at Anfield. 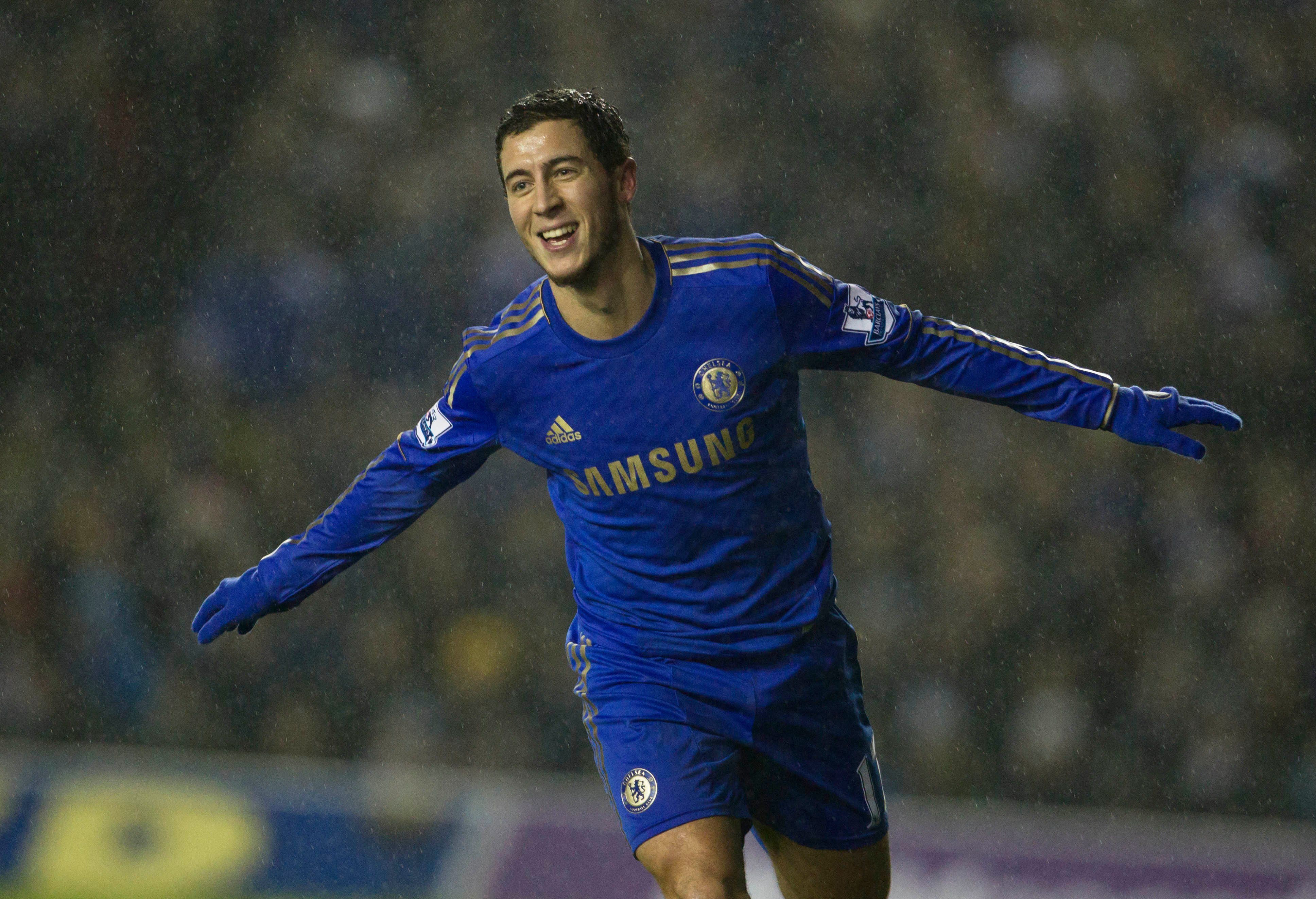 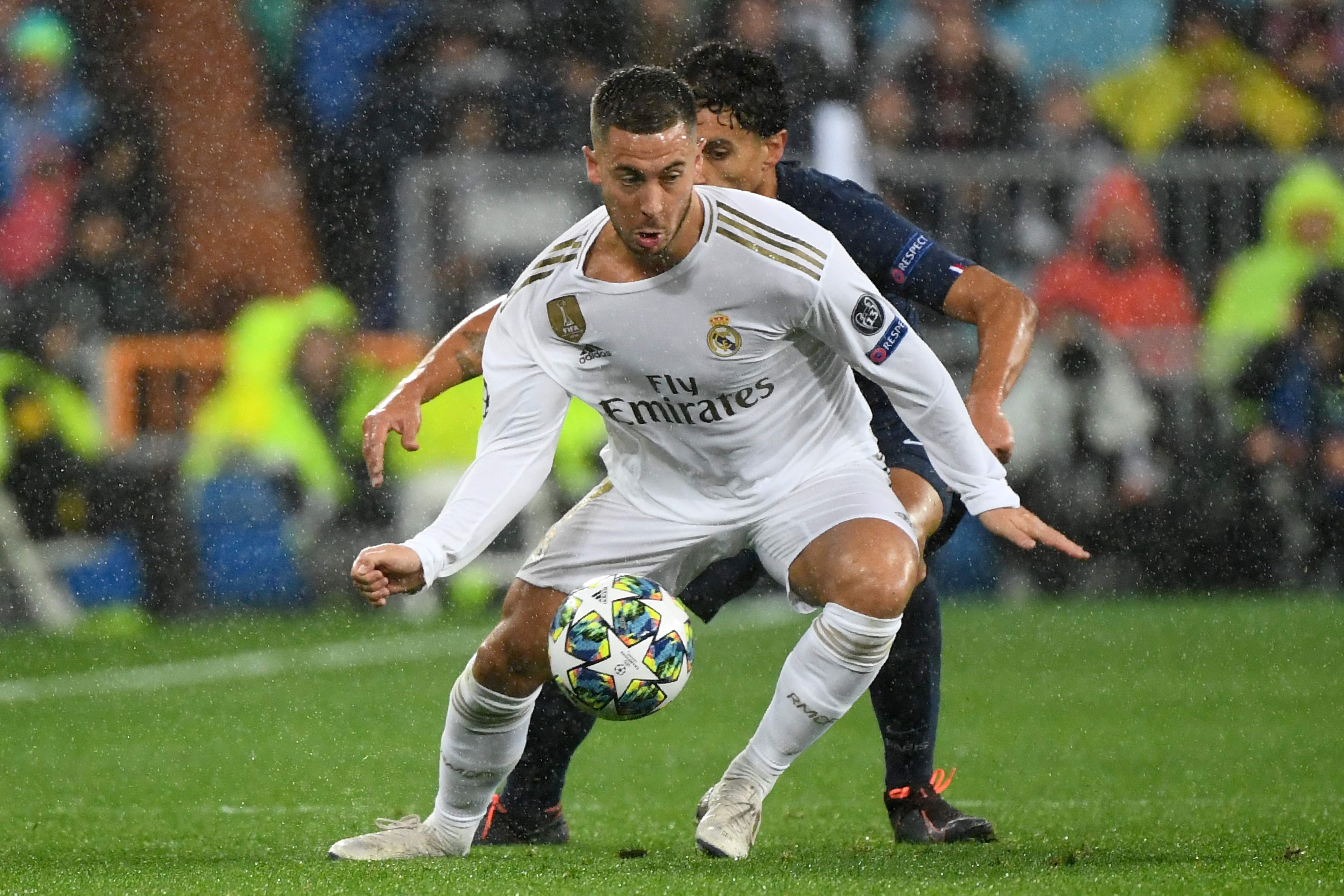 Having debuted in the Ballon d'Or shortlist a year after this prediction in 2013, Hazard was an easy pick having secured his move to Chelsea.

The Belgian sprinkled his magic over the Premier League for seven seasons, winning the Blues the title on two occasions, also scooping the Player of the Year award in 2015.

Having now peaked at eighth in the Ballon d'Or, BR weren't too far off with this pick – although he'd have maybe had a chance of figuring higher this year if his first season at Real Madrid hadn't been blighted by ankle trouble.

Hazard recently admitted he fears he may never be the same player again after two injury-ravaged seasons at the Bernabeu. 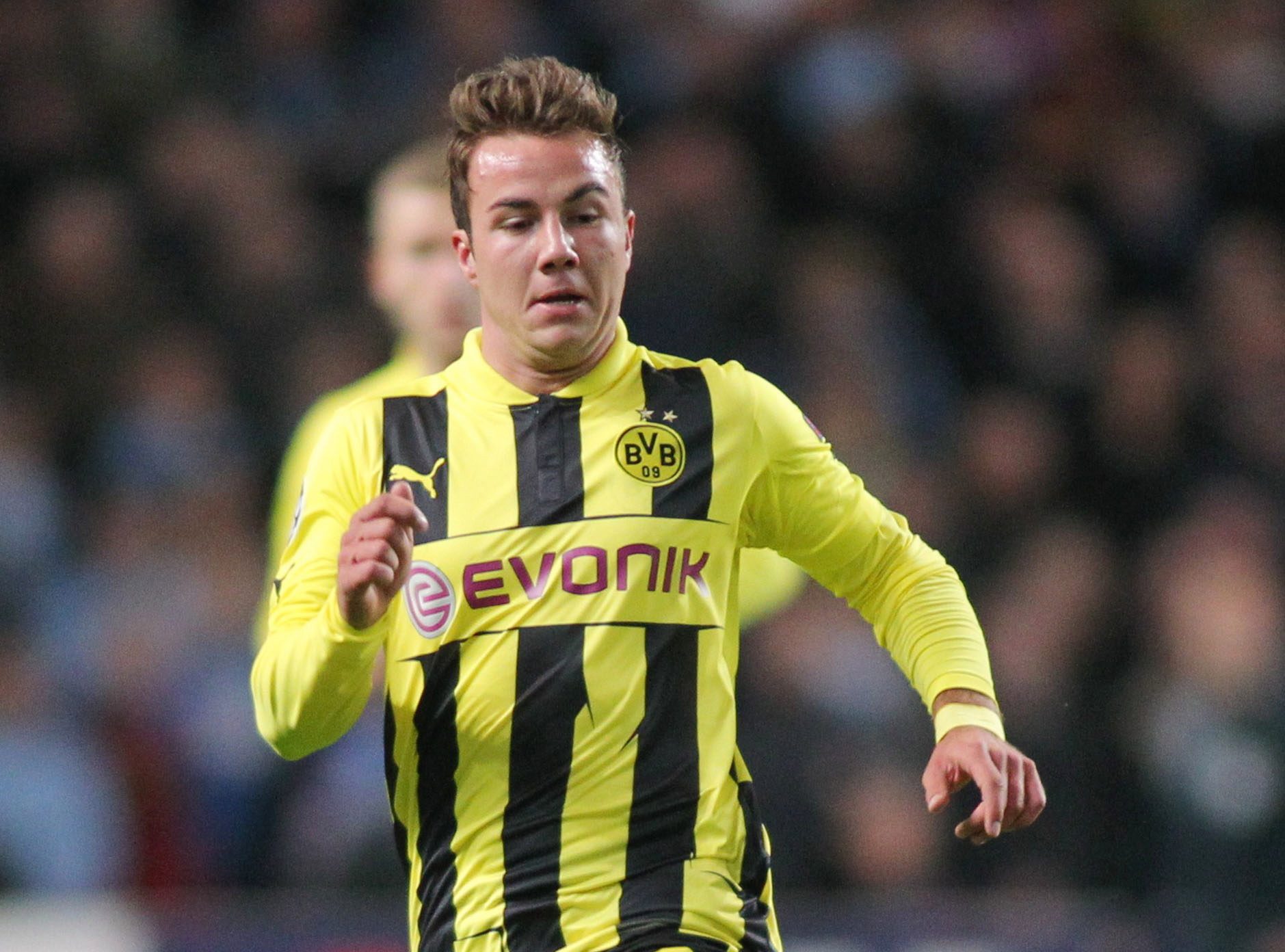 Breaking into the Borussia Dortmund side and German national team as a teenager, there was a time when Mario Gotze was arguably the hottest young talent on the market.

After helping BVB to the Champions League final in 2013, he moved to Bayern Munich – writing his name into football folklore forever more a year later by scoring the winning goal in the World Cup final for Die Mannschaft.

Sadly later suffering from myopathy, Gotze's career has rather tailed off to this point. He rejoined BVB in 2016 but struggled to make an impact.

His contract was not renewed by the German giants and he moved to Dutch side PSV Eindhoven where he spent the 2020-21 campaign.

Gotze was recently pictured taking in the Mallorca Open tennis with Jurgen Klopp. 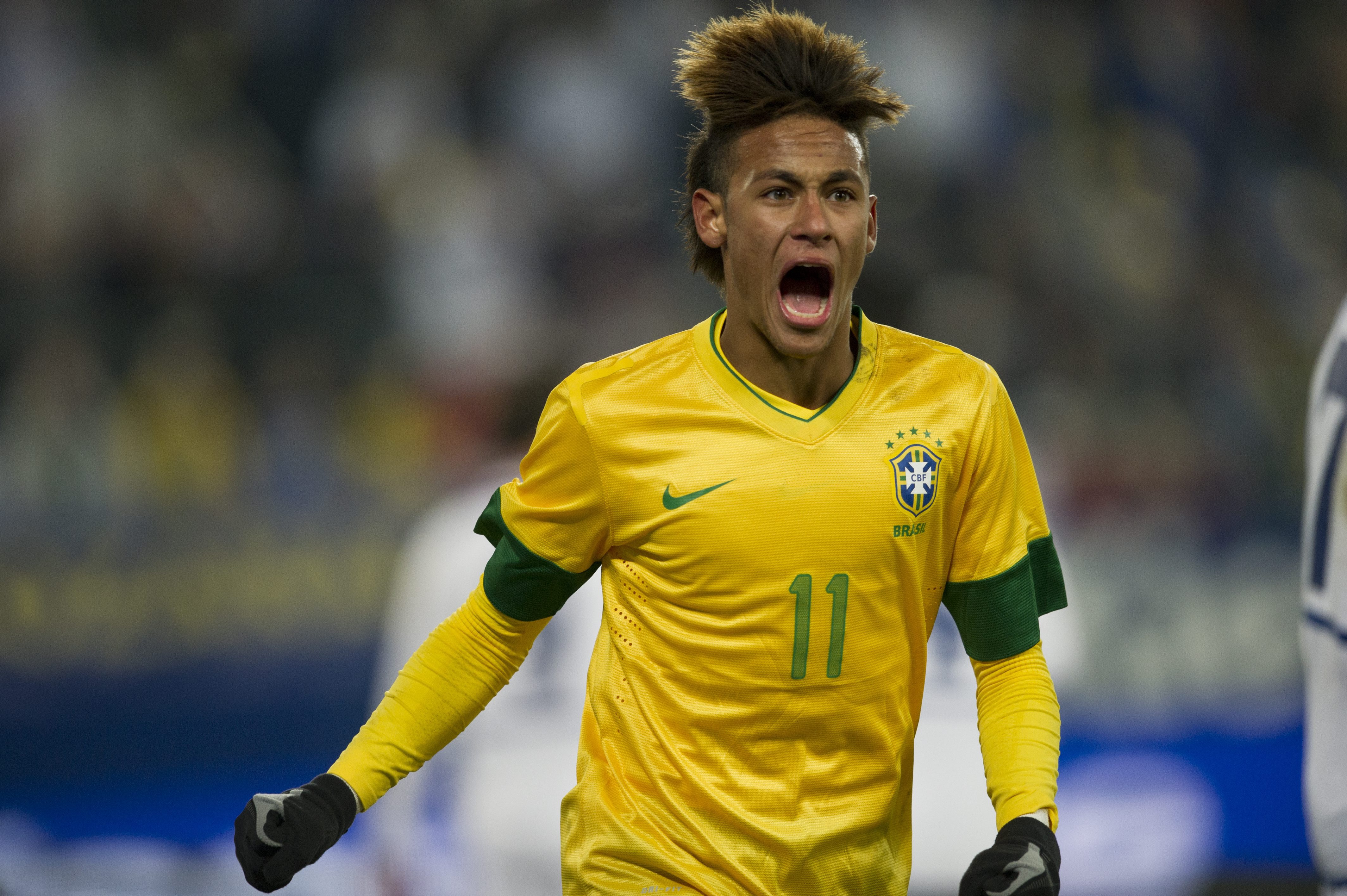 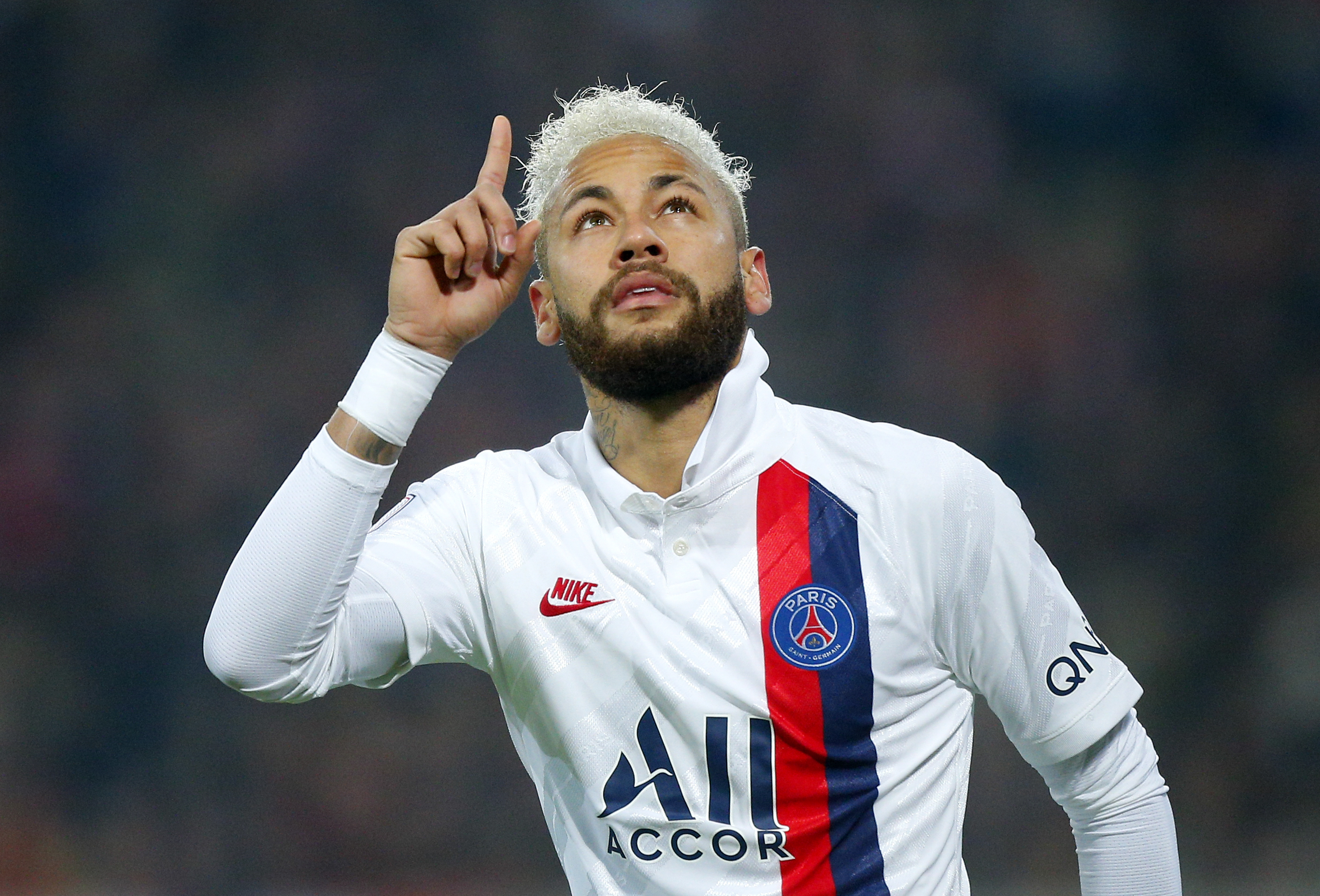 Yet to arrive in Europe for another year when this prediction was made, it is easy to forget that Neymar was already a superstar from a very young age in Brazil.

That is shown by the fact he has already amassed 107 international caps by the age of just 29.

At Barcelona he formed part of arguably the greatest attacking trio in football history alongside Lionel Messi and Luis Suarez, peaking with their 2015 Champions League triumph.

Now at PSG, there often seems to be a circus (or carnival) around Neymar, almost making it easy to forget just how good a player he still is.

He has peaked at third in the Ballon d'Or but perhaps could and should be able to go higher after signing a bumper new £500k-a-week contract at PSG in May.