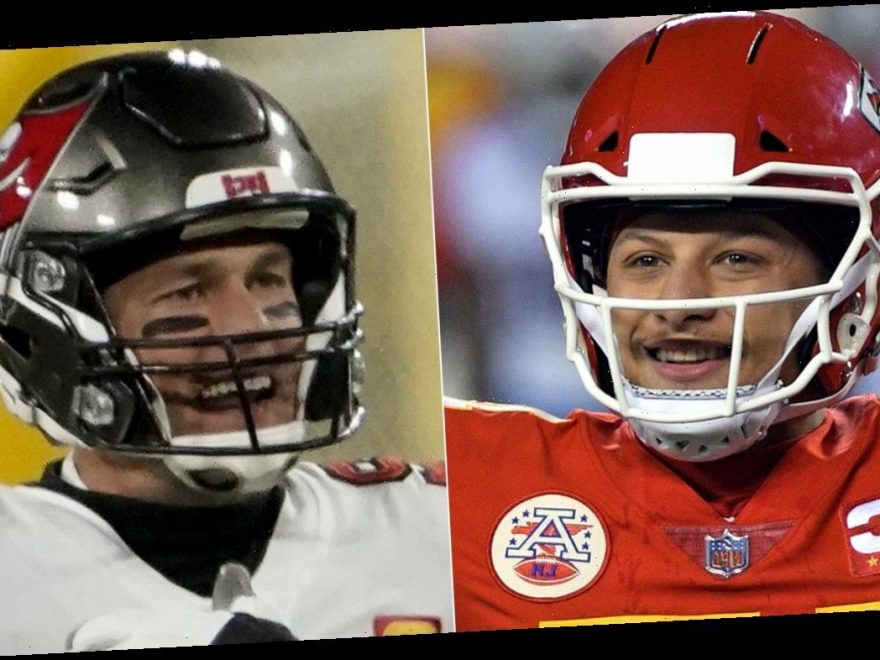 Patrick Mahomes represents the future of the NFL as the Kansas City Chiefs star won his second AFC Championship in his third attempt Sunday with victory over the Buffalo Bills.

Mahomes will be going up against the old guard in Tampa Bay Buccaneers quarterback Tom Brady. The six-time Super Bowl champion was just getting started when Mahomes was getting his feet wet in school.

Brady won his first Super Bowl during the 2001 season. The New England Patriots defeated the St. Louis Rams in one of the biggest upsets in NFL history at the time. Adam Vinatieri hit the game-winning field goal and it was the franchise’s first Super Bowl as well.

FOX Sports and The Athletic reporter Bruce Feldman noted during the AFC Championship that Mahomes, and his counterpart Josh Allen, were in kindergarten when Brady won his first title. Nineteen years later Brady and Mahomes will be facing each other in Super Bowl LV.

Another tweet also showed the disparity in age between Brady and Mahomes as well.

SUPER BOWL LV TIME, DATE AND EVERYTHING YOU NEED TO KNOW ABOUT THE GAME

Baseball buff Christopher Kamka tweeted that Brady was drafted in the 18th round of the MLB Draft in 1995 by the Montreal Expos. It was the same year Mahomes was born. Brady instead went to Michigan for four years before getting drafted by the Patriots.

Super Bowl LV could very well be a passing-of-the-torch moment for Brady and Mahomes. Both players are competing at a high level and to be able to watch both superstars go head-to-head is going to be a sight.